We spent our second full morning in Budapest wandering around the Parliament building.

It’s the big white domed building you can see across the Danube in this post. This time we were seeing it up close and personal, on the Pest side of the river.

But first, hi from ridiculously bundled up me in the Four Seasons’ over-the-top lobby bathroom. #GratuitousSelfie 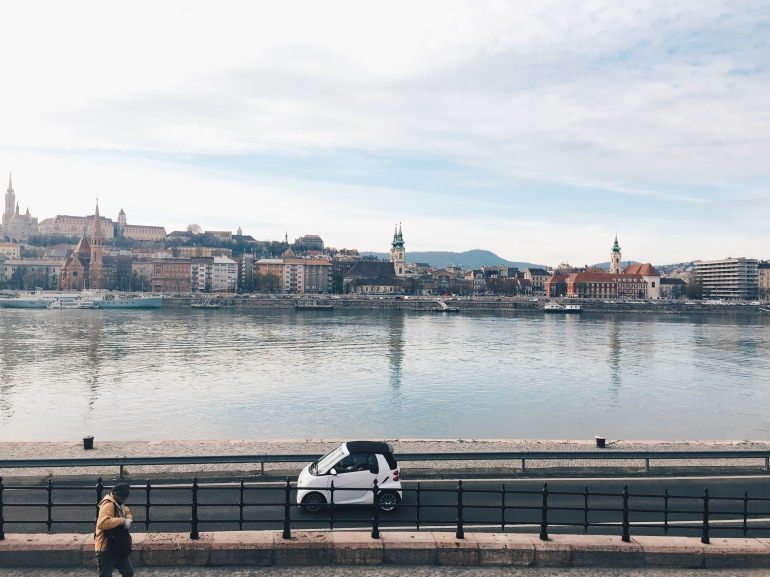 * Insert a zillion different pictures of the dome * 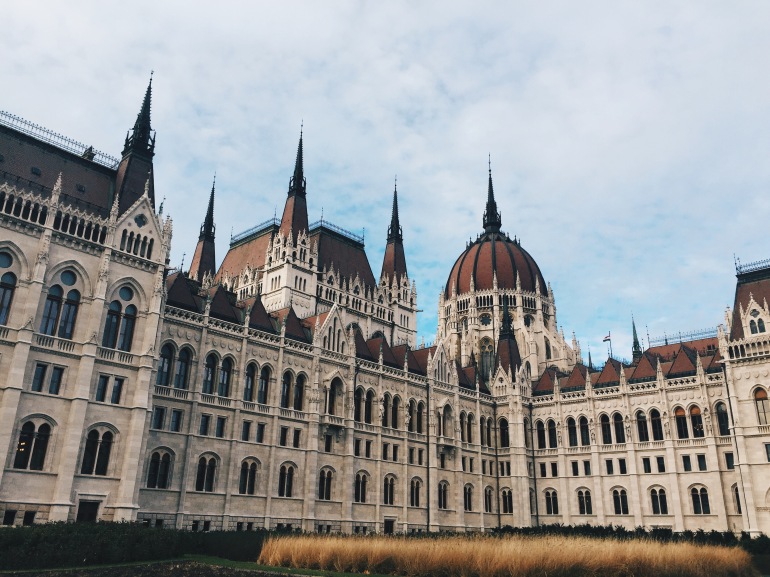 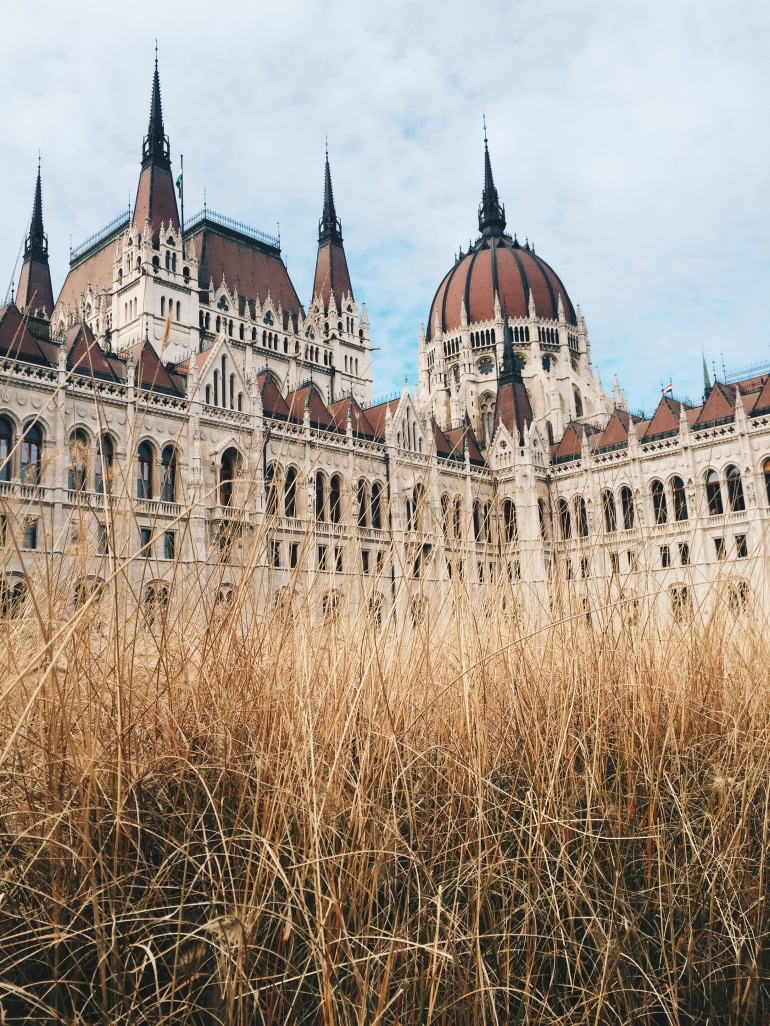 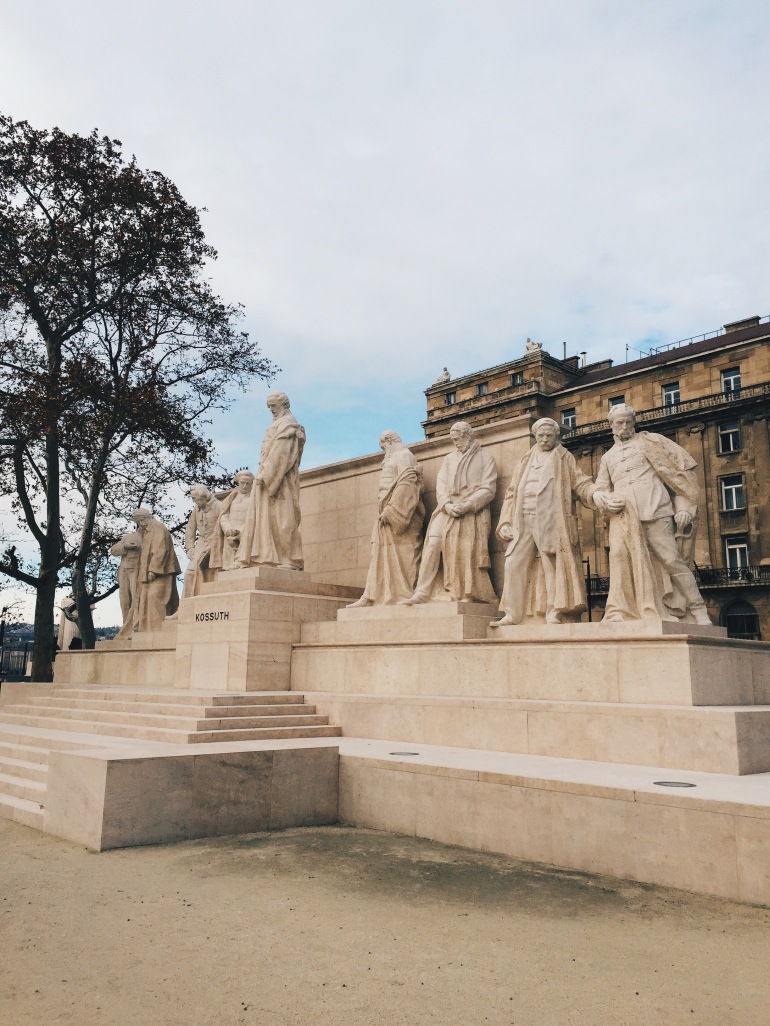 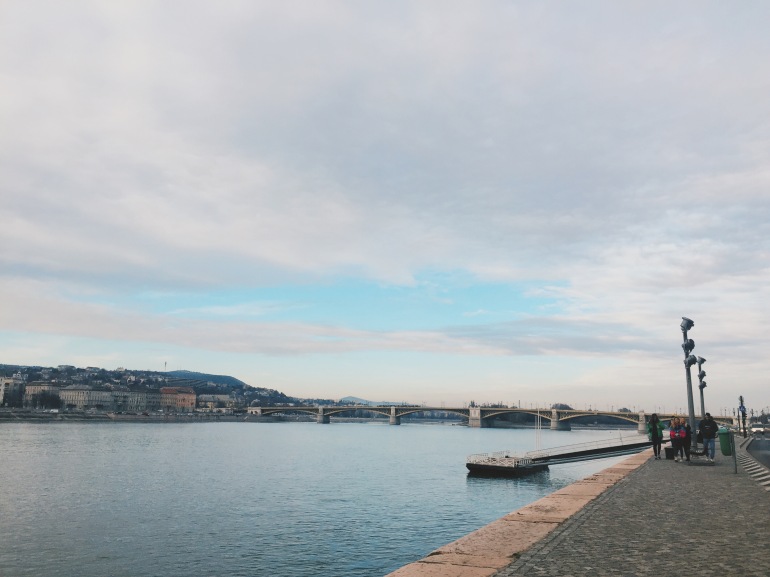 Shoes on the Danube, a memorial to the Jews who were shot along the river during WWII. 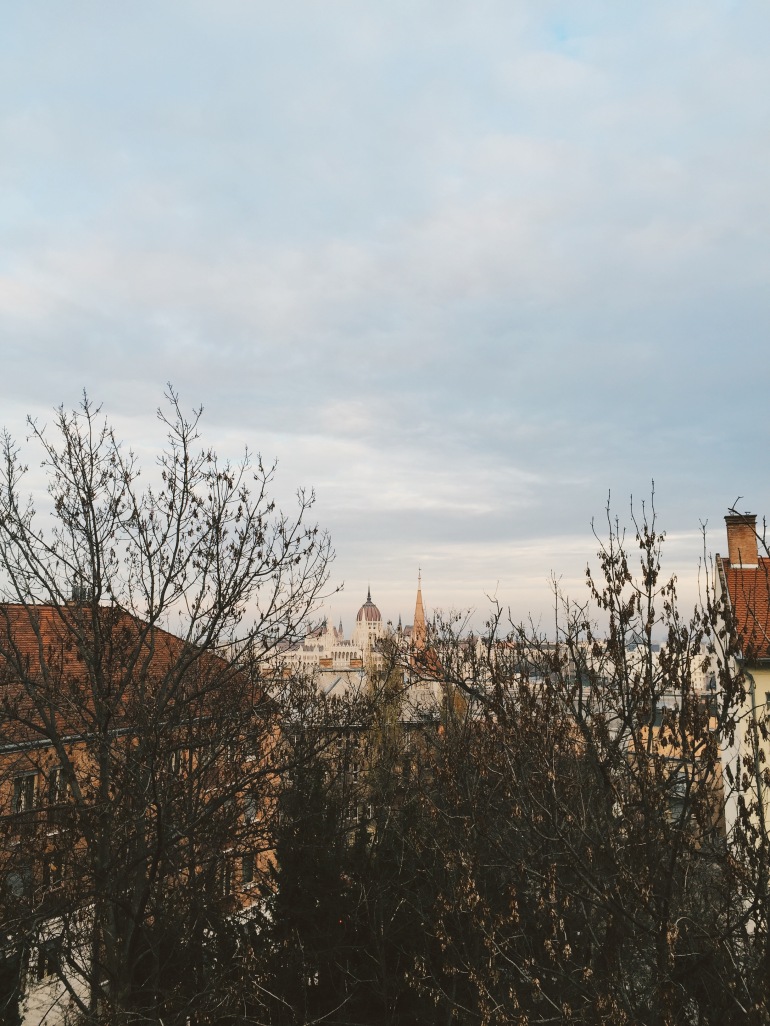 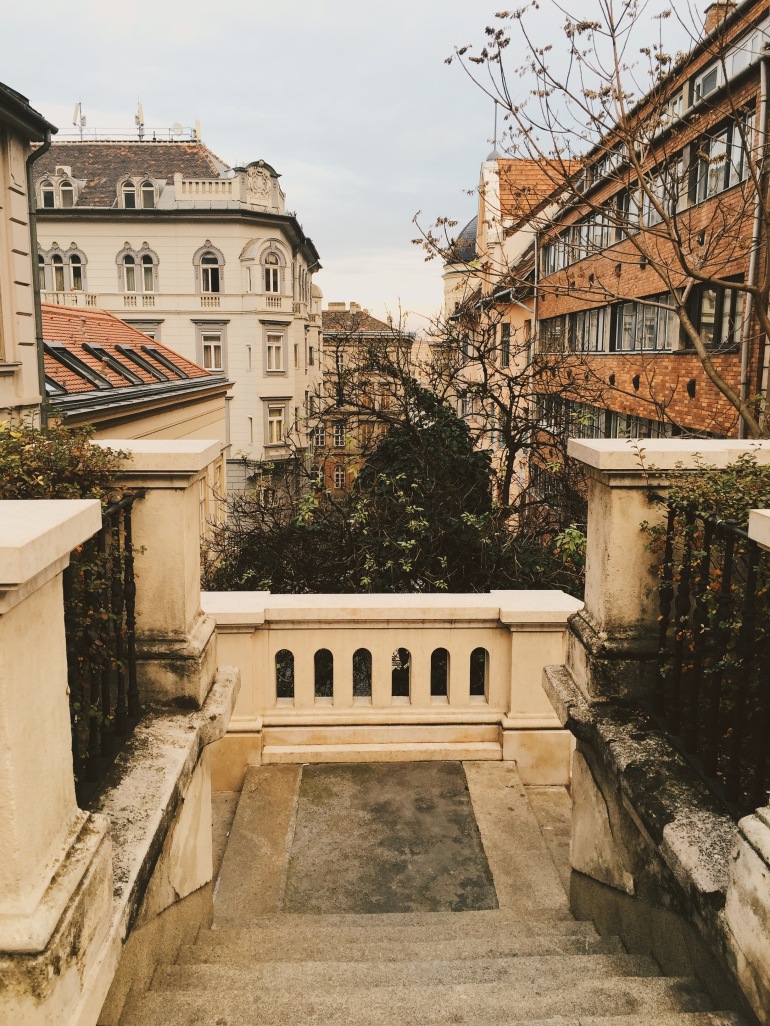 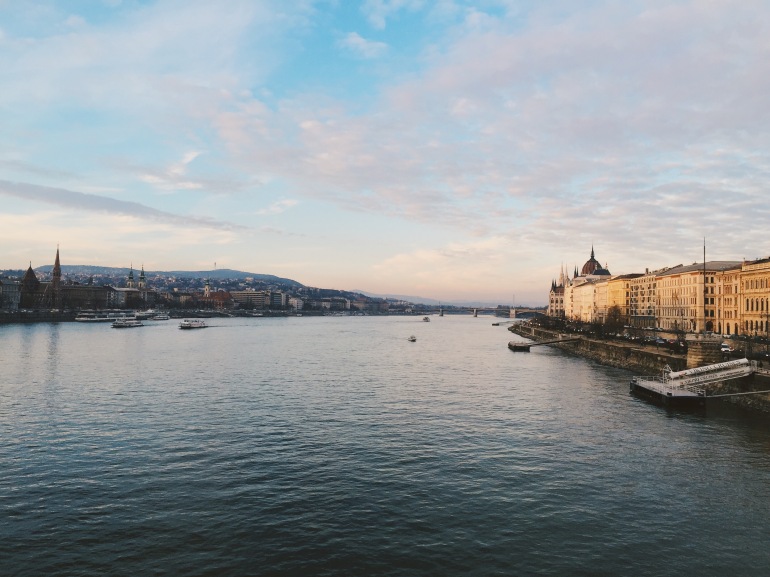 This is the Hungarian State Opera House… 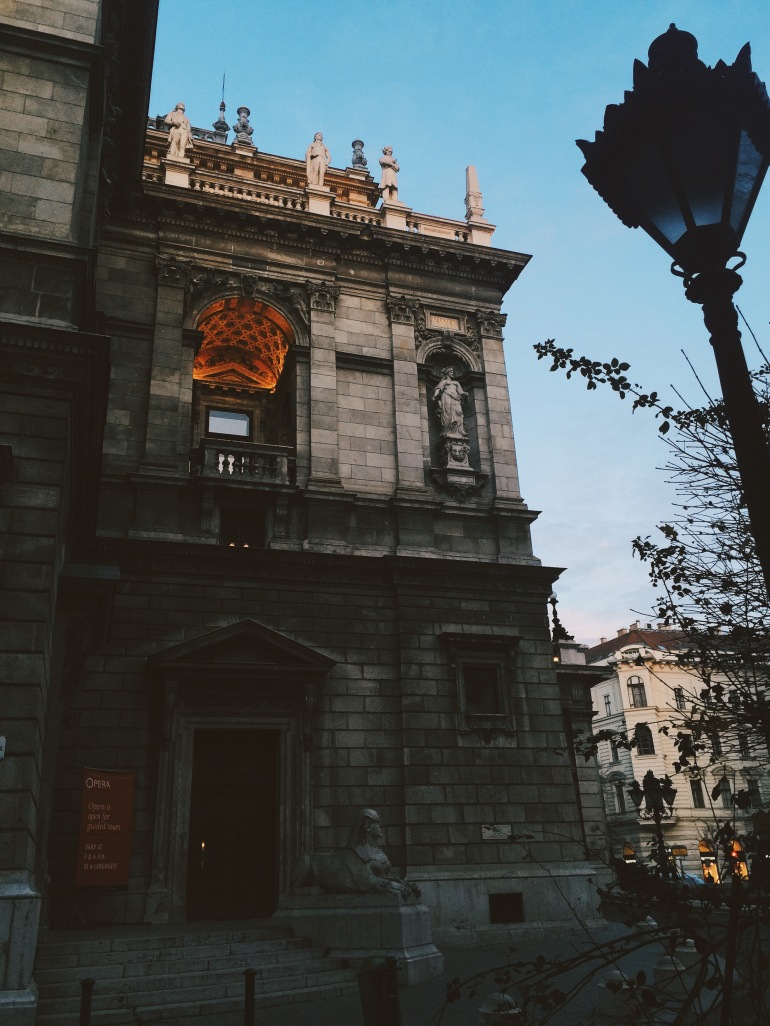 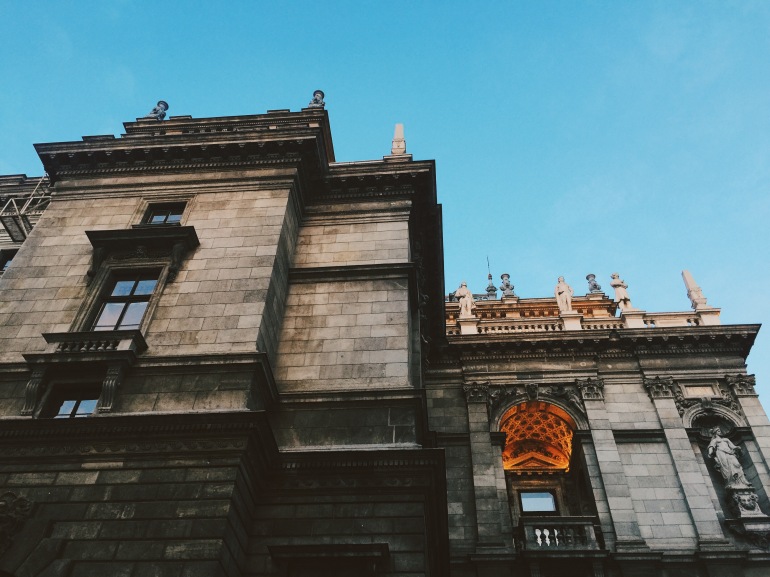 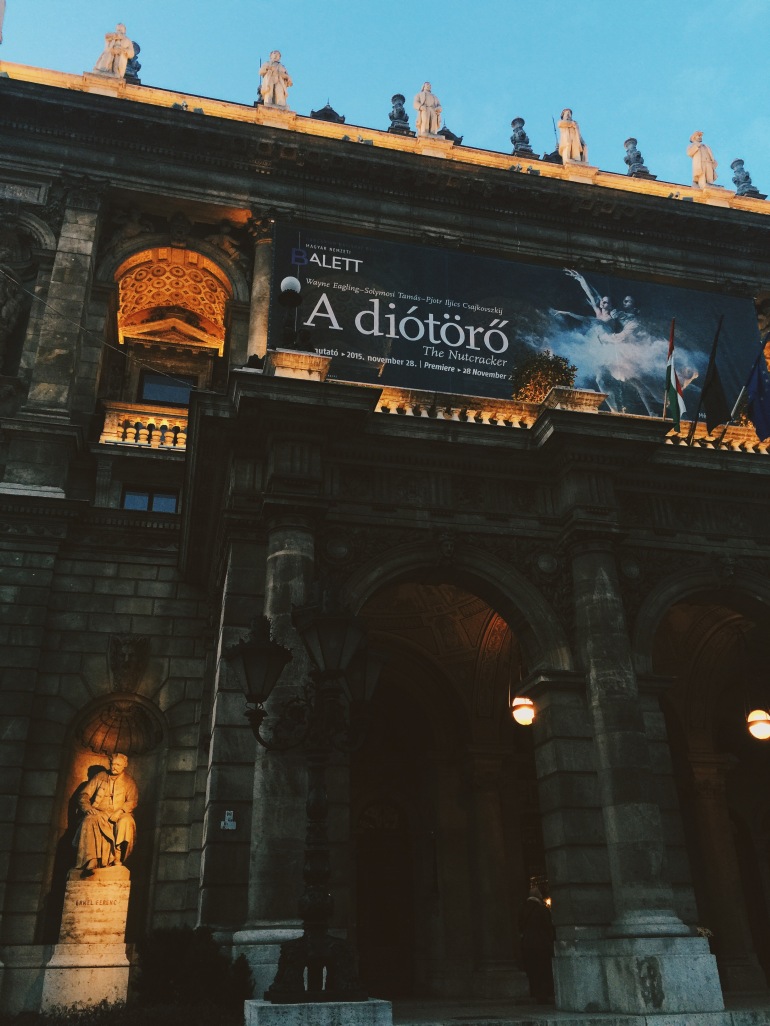 …which we wandered by on the way to the House of Terror, a museum with exhibits about the 20th century fascist and communist regimes in Hungary.

It was moving, melancholy, beautiful, etc.

Up next – my very first European makeshift Thanksgiving dinner.