A long weekend at Disney World

I’m finally done with my Tokyo recap, and that means I can move onto all the other adventures I’ve had in the last couple months. Two weeks after we flew back from Japan, we were back in the air. This time headed for… Walt Disney World!

It was a crazy handful of weeks: first Tokyo, then Thanksgiving with the family, and then a trip to the East Coast. We were barely recovering from our Japan jetlag and it was time to skip a few more timezones again. For very good reason though — it was the season of Mickey’s Very Merry Christmas Party!

This was only my third time to Walt Disney World, and third time staying at the Grand Floridian Hotel. My first trip was with Mark, back for my 24th birthday. The second time we came to meet up with a bunch of my family, and we stayed in the Victorian Suite which was the most ridiculously fabulous thing ever. (That was pre-blog, but I should dig out some old photos cause it’s definitely worth sharing!)

This was our first time to the WDW resort during the Christmas season. I’d heard so many people wax poetic about the giant Christmas tree in the lobby, the massive gingerbread house, the general holly & jolly of the hotel…This is WDW’s flagship hotel, after all. Suffice to say, our expectations were high.

We stayed “club level” meaning we had access to a concierge lounge that served different finger foods and alcoholic beverages throughout the day. It also means we got to skip the crowds at the check-in lines downstairs and use the private club level check in area on the 4th floor. Definitely worth it if you don’t get a dining plan (we never have) and want to be able to grab snacks from the hotel. 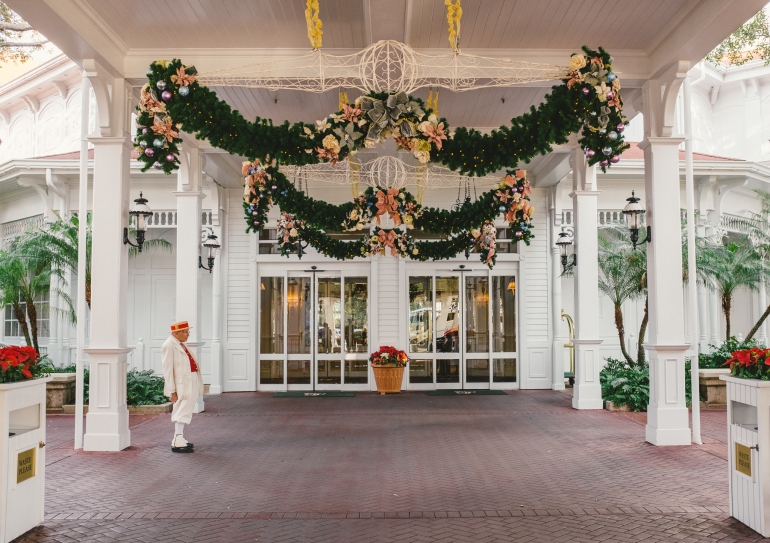 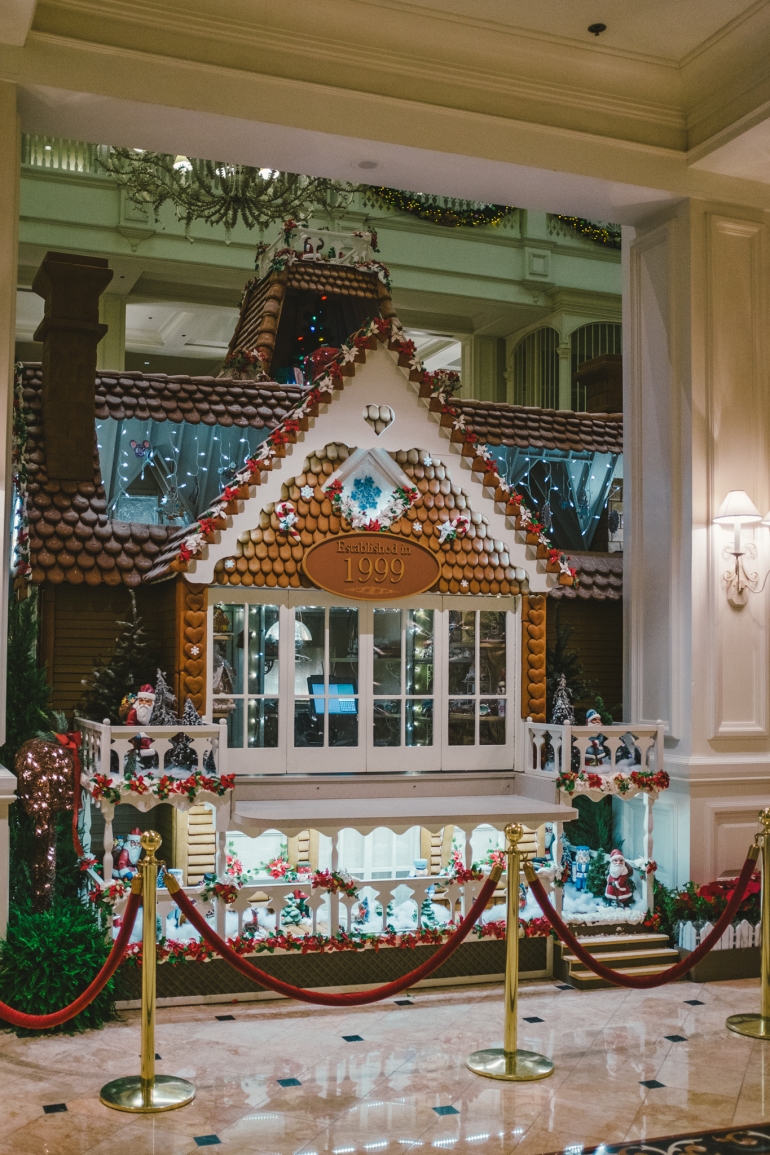 The hotel was absolutely spectacular with all its holiday gear. I stay at the Grand Californian at Disneyland with my family over NYE every year, so I’m well accustomed to Disney Hotels at Christmas. But I think the Grand Floridian takes it a notch further. Everything is so regal, so elegant, and just so freaking impressive. 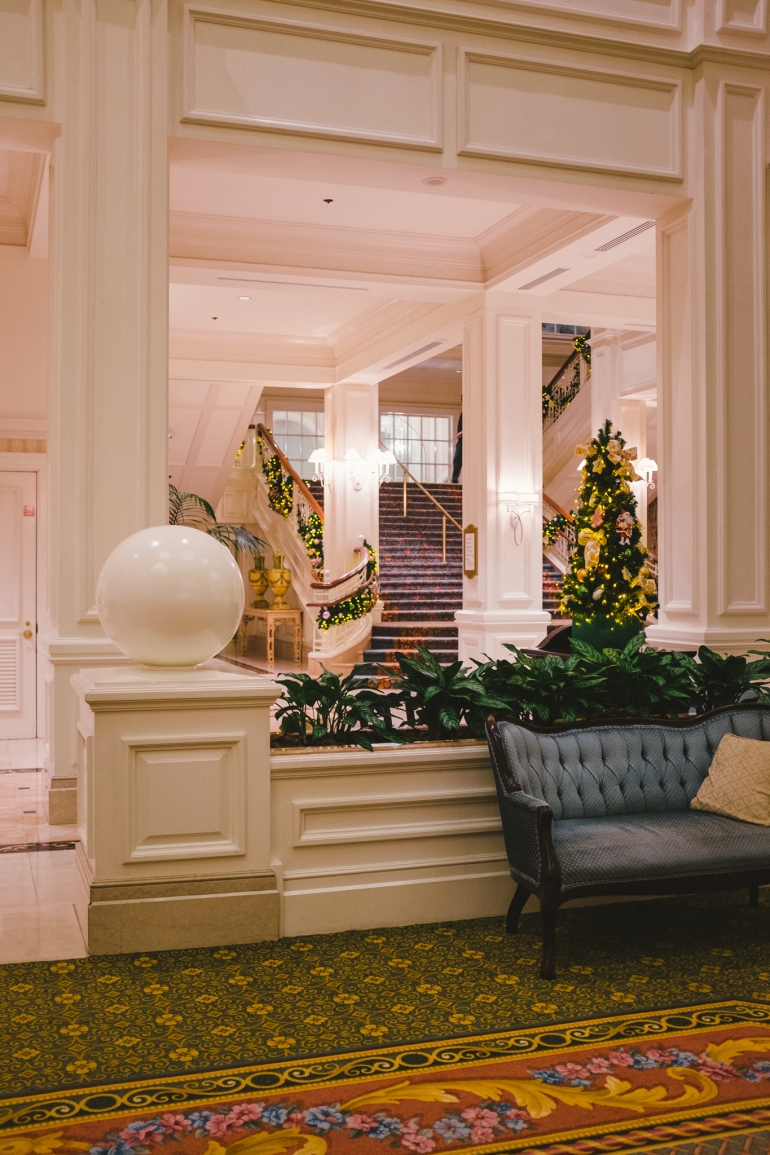 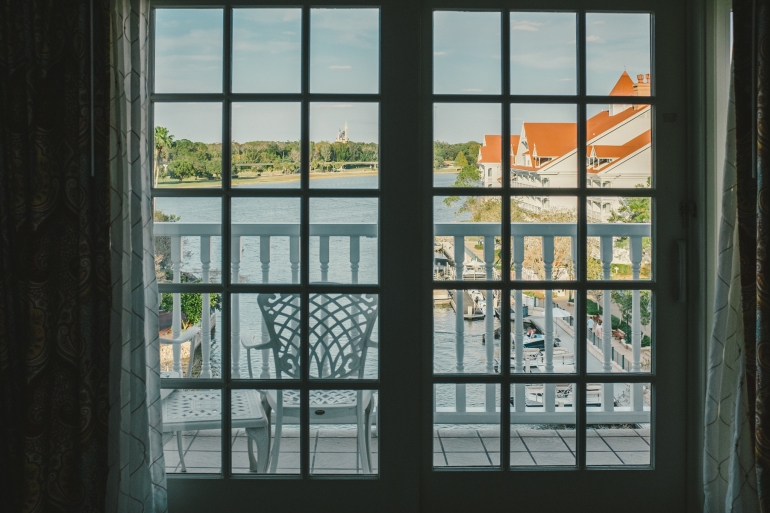 Our room with a view

The best part of our stay was that we lucked out with a theme park view! We’d booked a bit last minute, and availability was slim. We were half expecting a view of the parking lot, but when we got to our room we were greeted by this amazing sight: Cinderella’s castle peeking over the trees.

The room itself was pretty standard. Two queen size beds, a small desk, and a sofa. They’d renovated the rooms since we last visited, and things felt slightly more updated and fresh.

That said, we were coming right off our visit to the unbeatable Tokyo Disneyland Hotel and it was hard not to compare our experiences. Where the TDL Hotel excelled (service, amenities, comfort), the Grand Floridian was just okay. Half of the outlets in our room didn’t work, they didn’t always refill our soaps/lotions/shampoos, and they didn’t give us turn down chocolates. Minor things, but you expect perfection from a hotel like the Grand Flo., which charges such an insane premium. 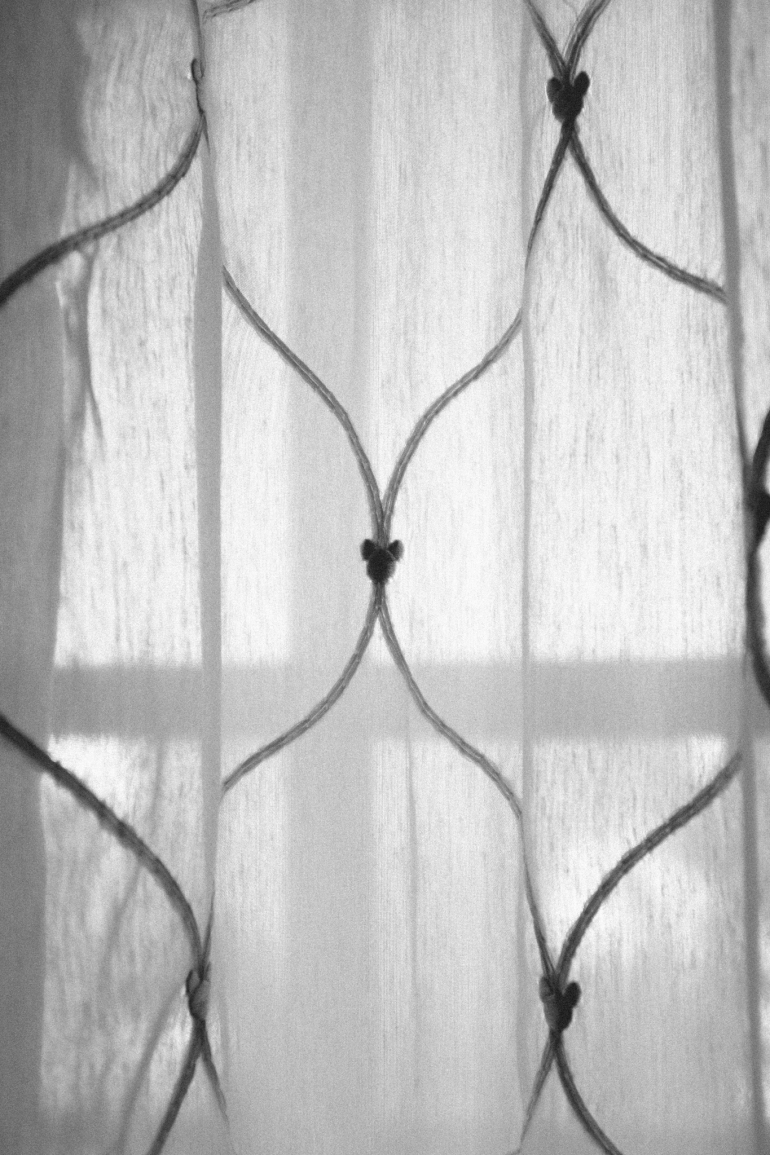 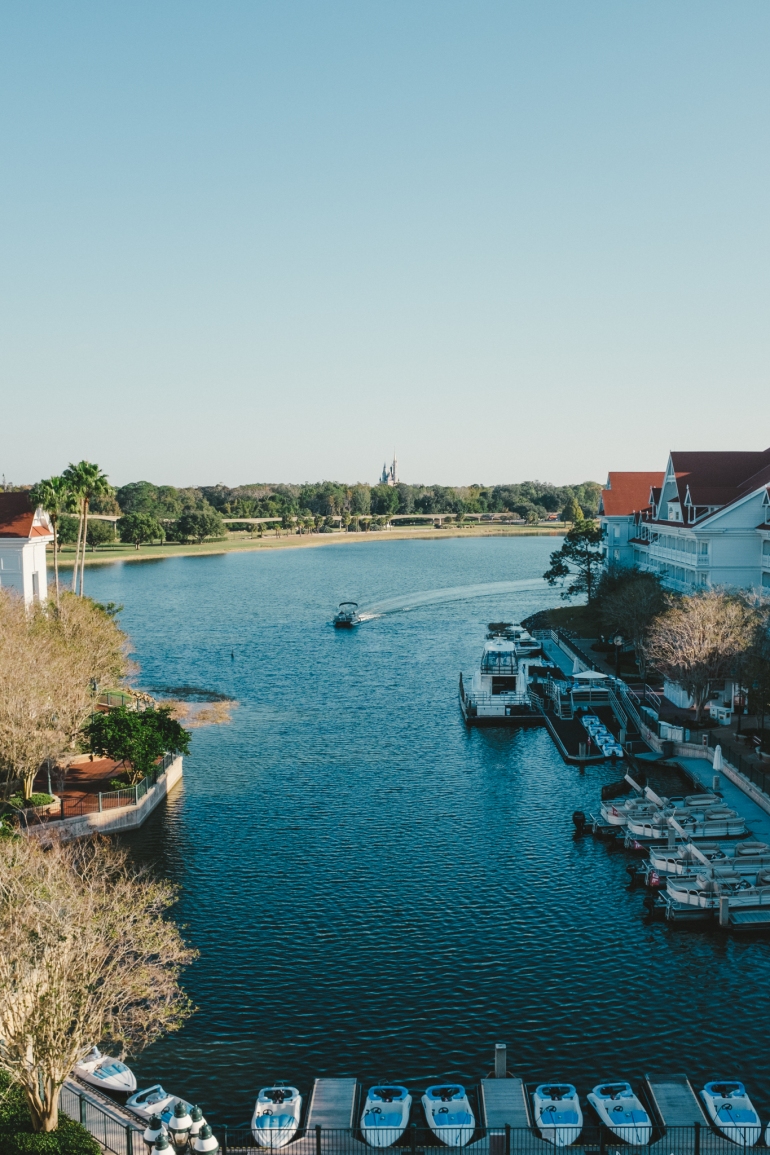 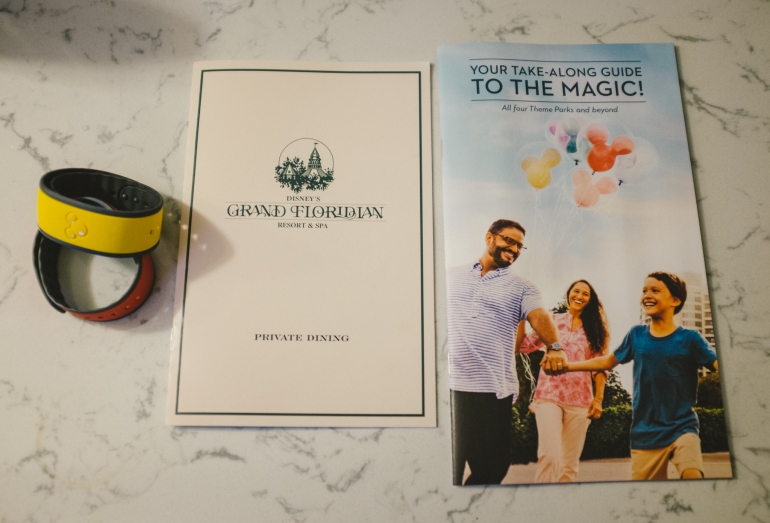 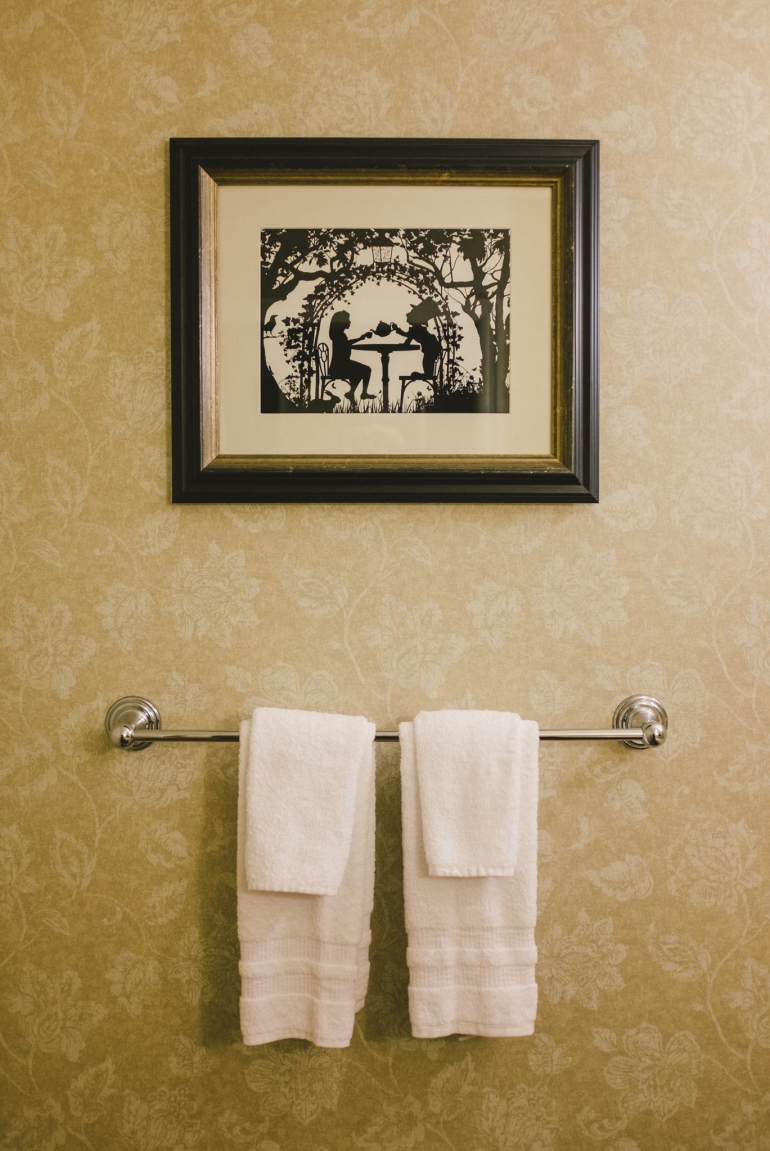 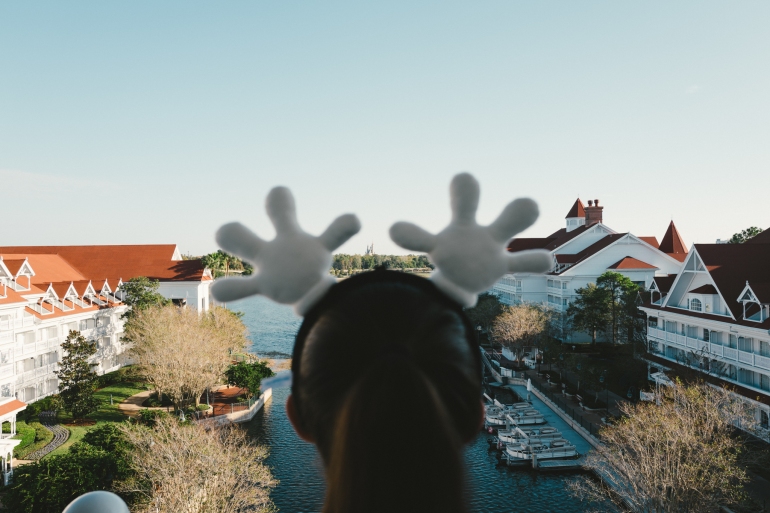 But, the fact that we were able to catch the Magic Kingdom fireworks without ever leaving our room? Almost made up for all the other little snafus. 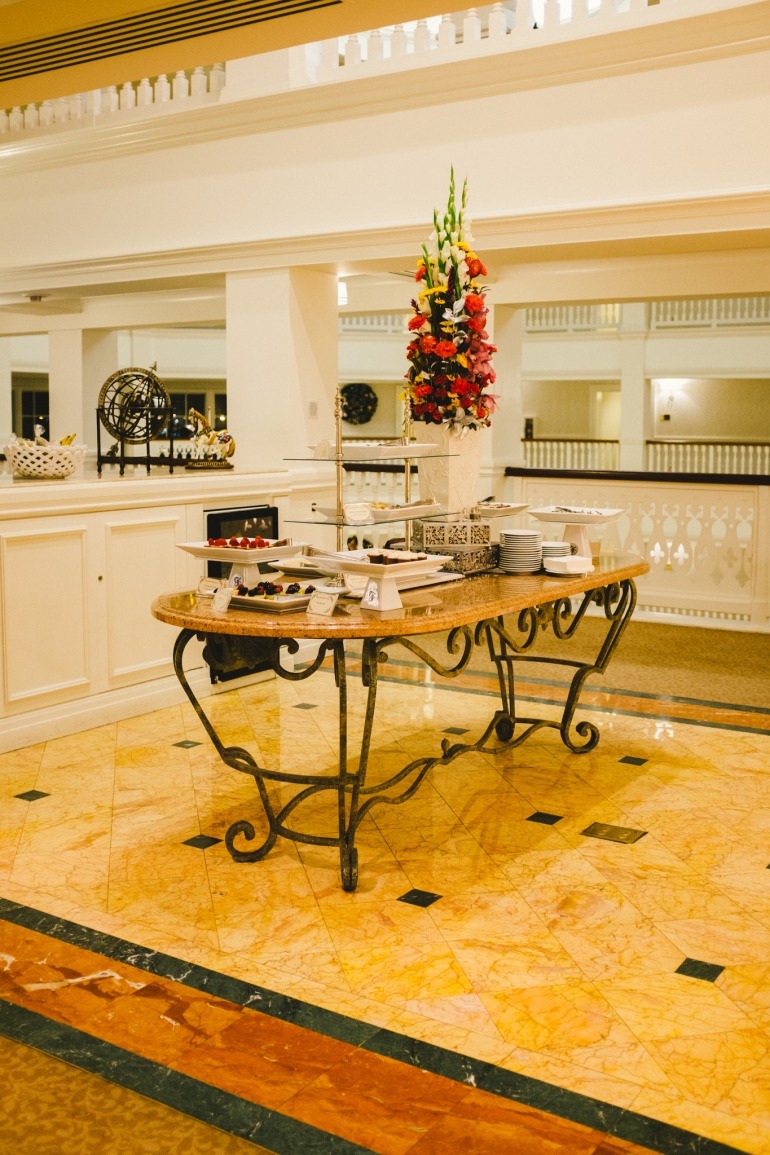 Since we were staying club level, we had access to lots of treats throughout the day. Coffee and pastries in the morning, and heartier dishes, desserts, and wine in the afternoon and evening. Everything is all-you-can-eat, so there are no chances of going hungry here.

The only downside (for us, anyway) is that the area is a bit of a zoo. Parents use it as a dumping ground for their kids, so there are lots of children running around, screaming, knocking things over, and generally being little terrors.

Obviously, you can’t expect much else at Disney World, after all, but be warned that if you’re paying for the concierge lounge and expecting something on par with the level of a Four Seasons, you will likely be disappointed. 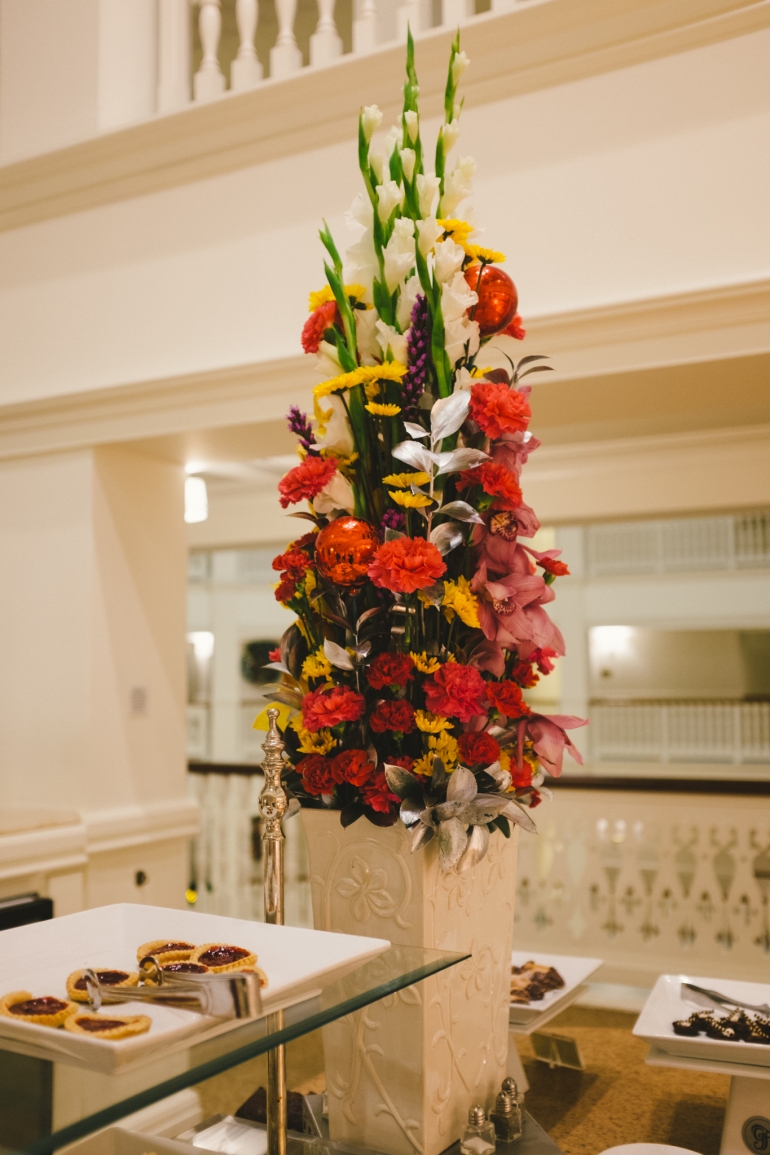 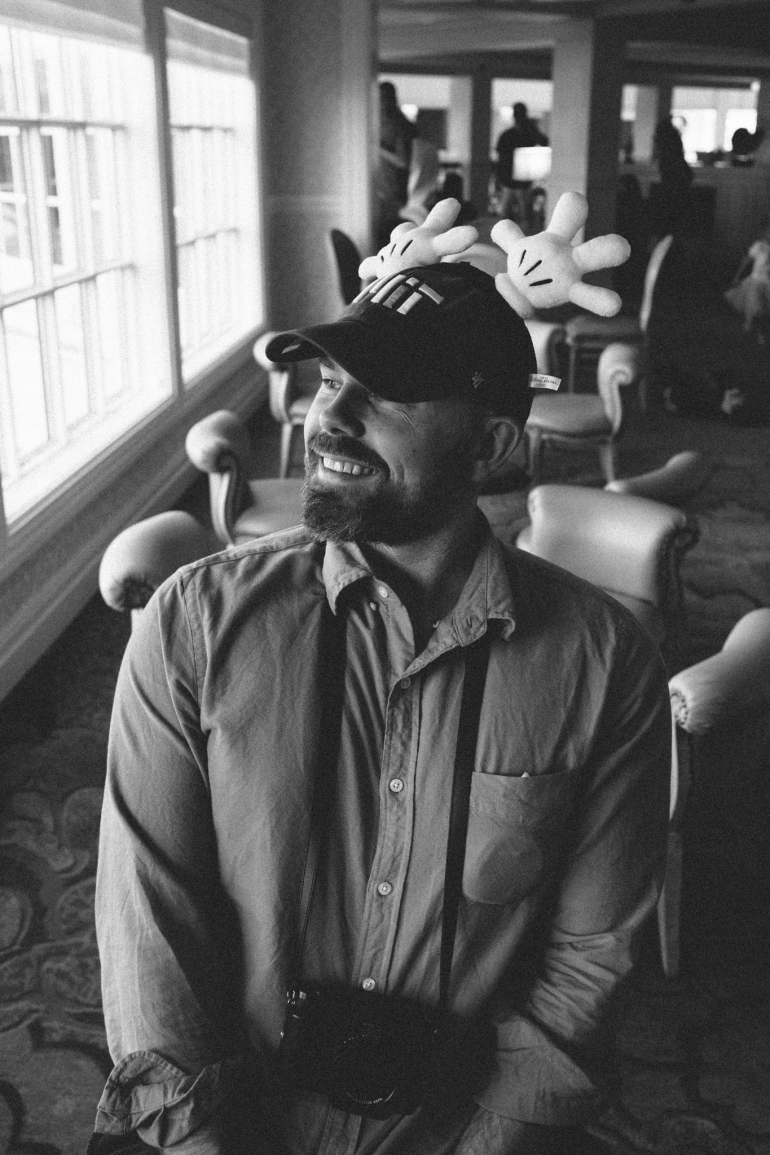 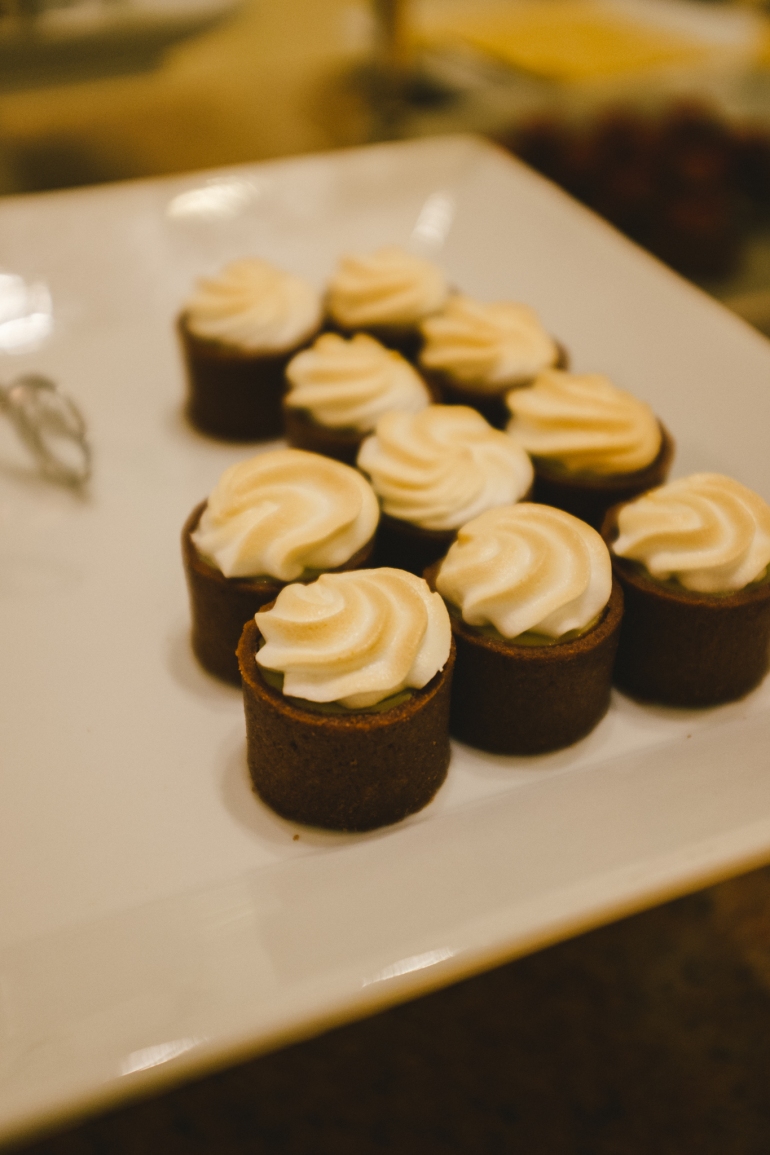 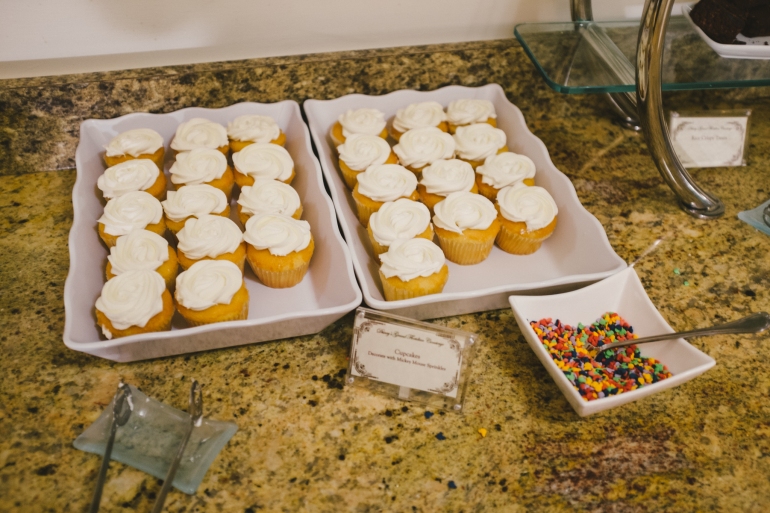 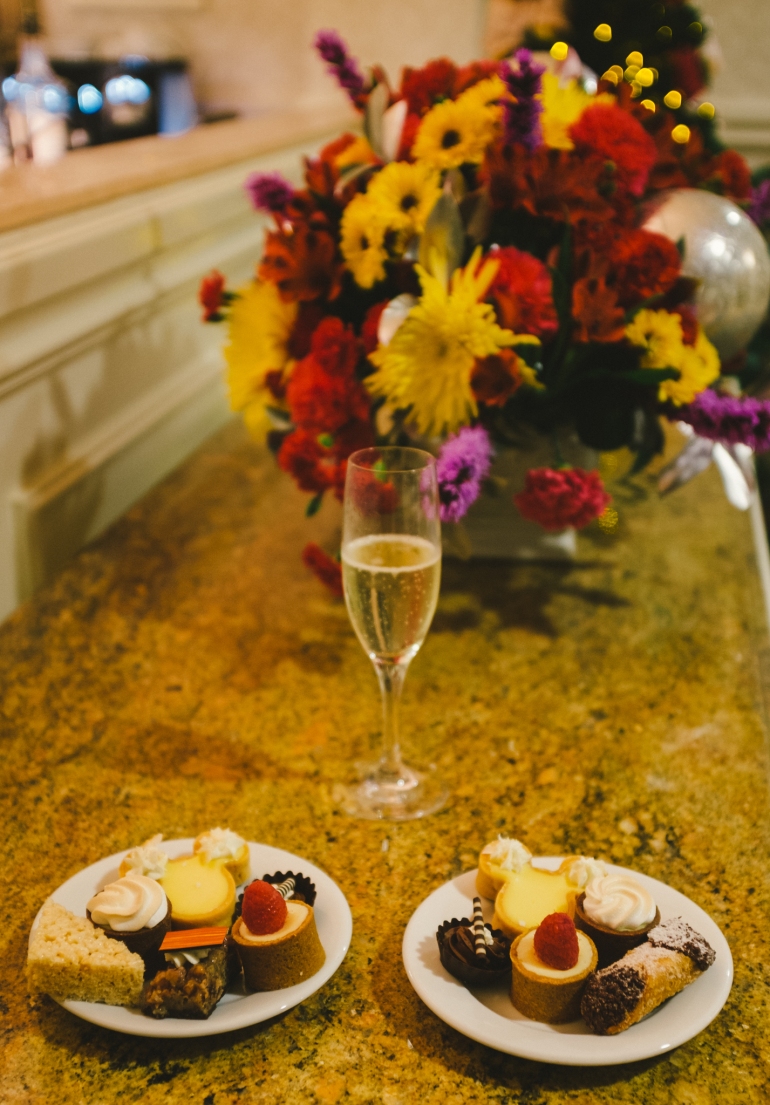 Ah, the famed Gingerbread House that we’d heard so much about! First off, it’s HUGE. Big enough to fit a shop inside, where you can buy gingerbread shingles and other various goodies.

We have a gingerbread house back at the Grand Californian, but it’s not nearly as impressive. I mean, this one spouts steam out of the gingerbread fireplace! The scale is beyond breathtaking. 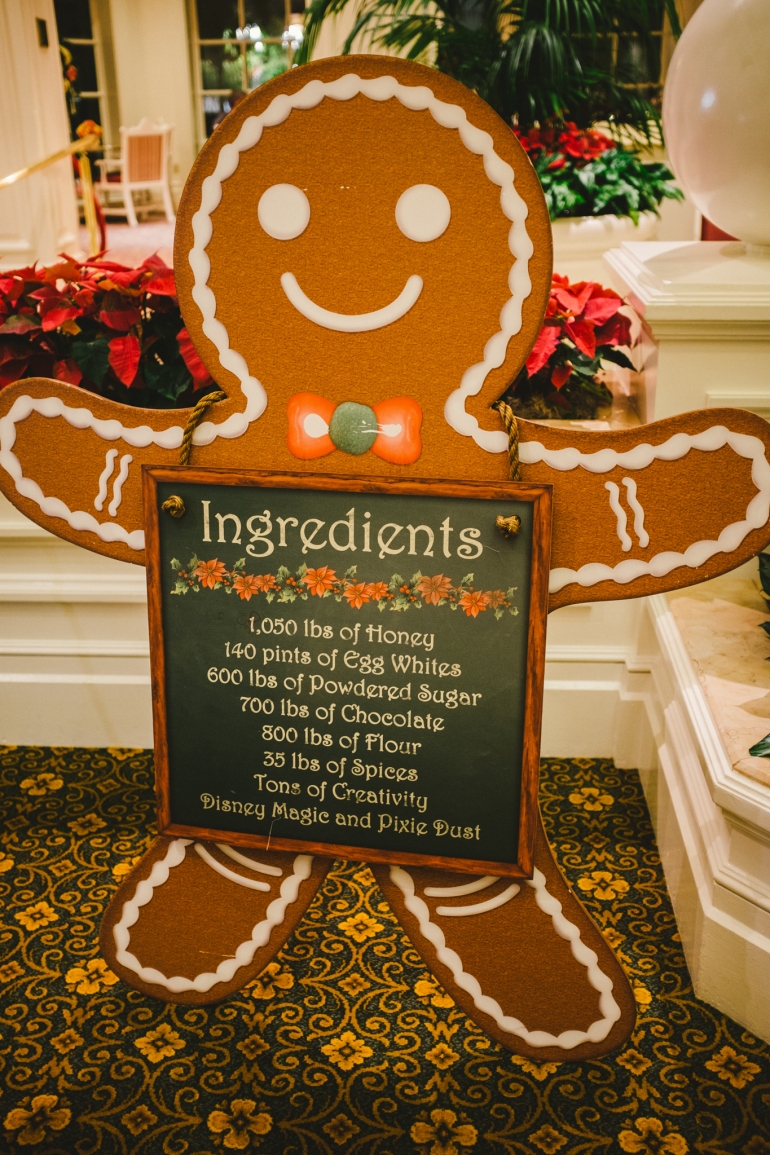 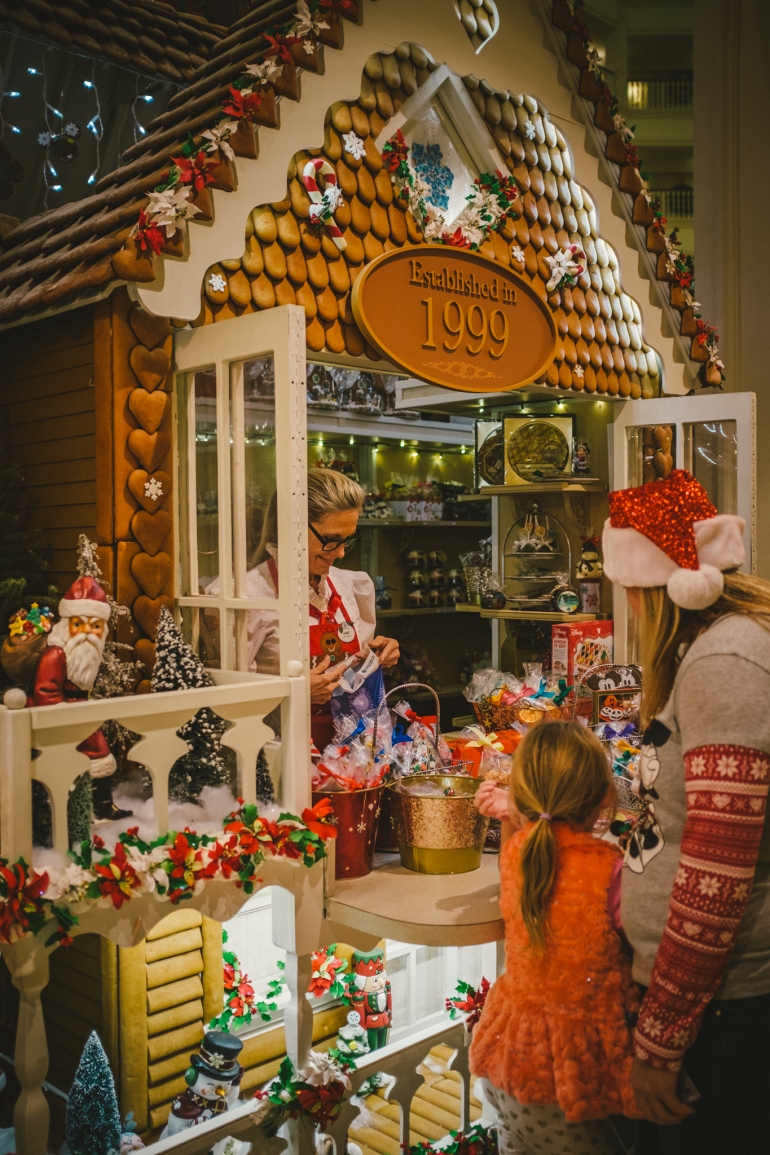 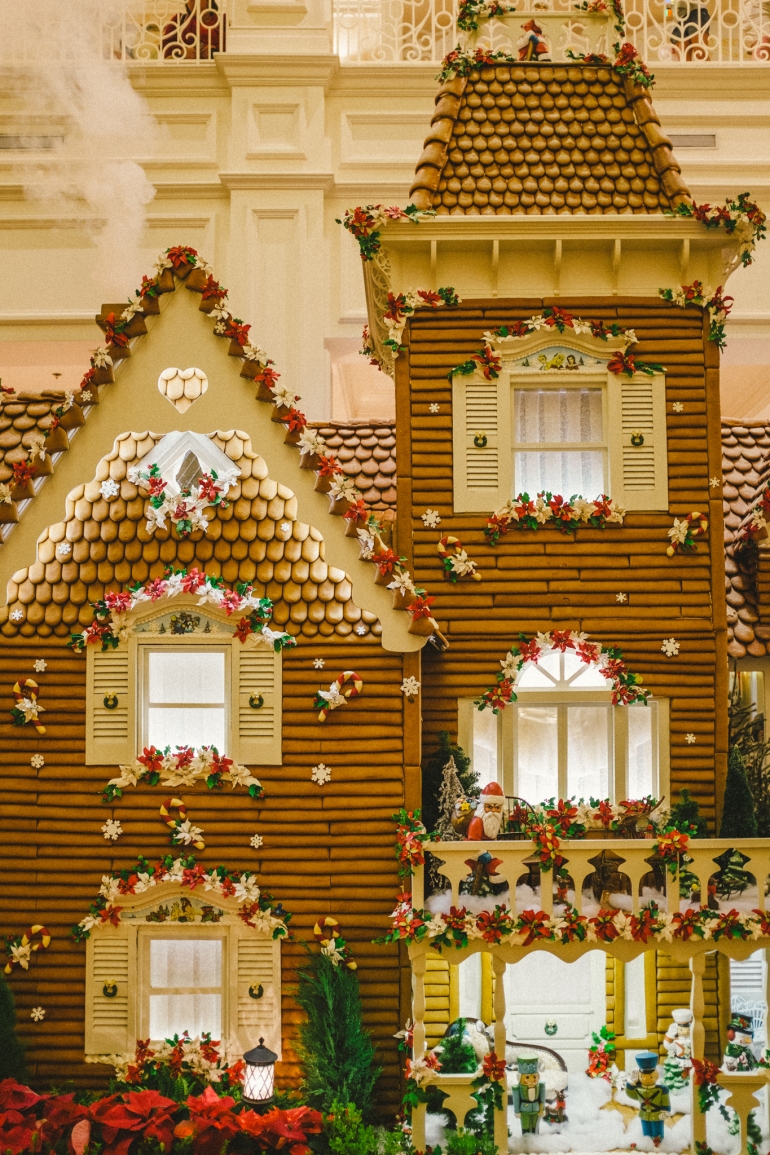 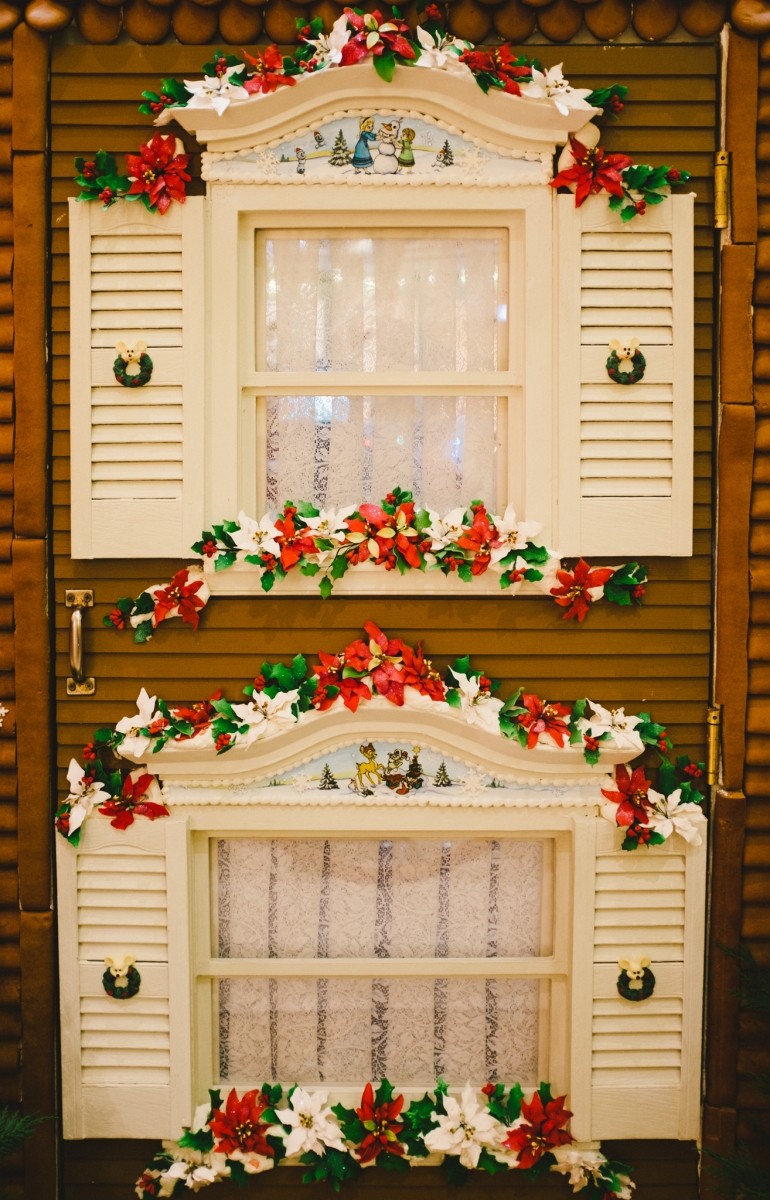 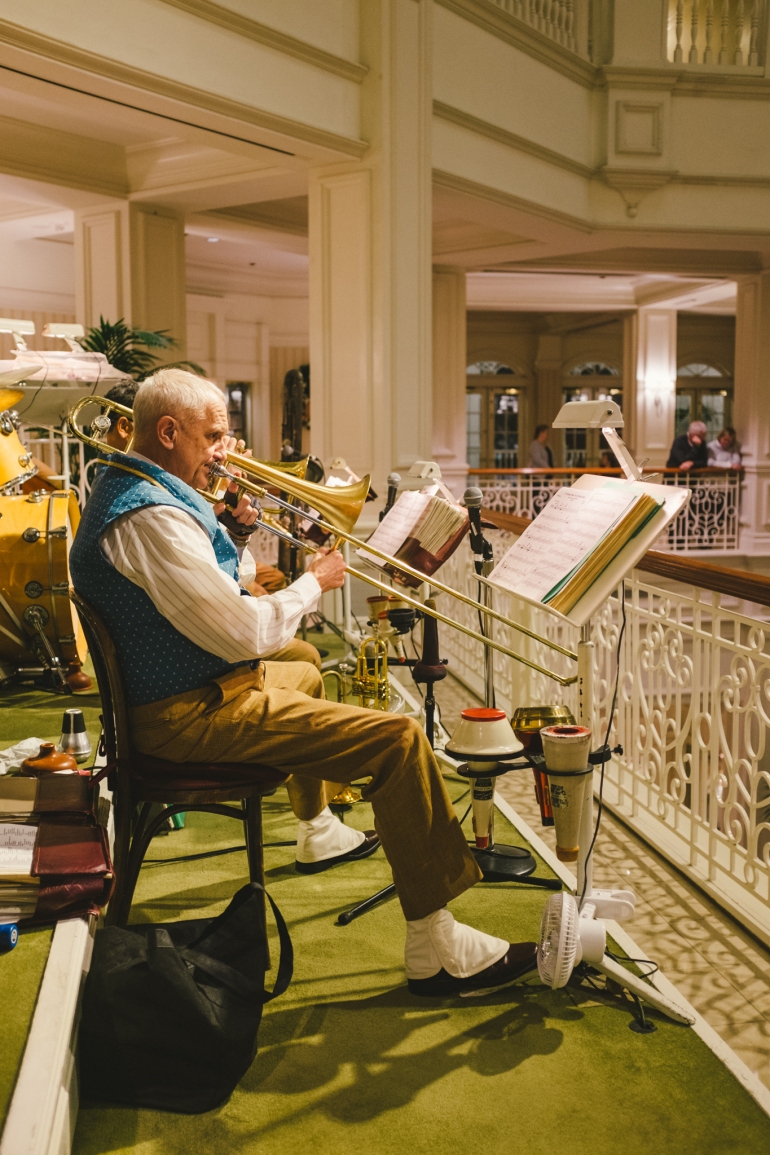 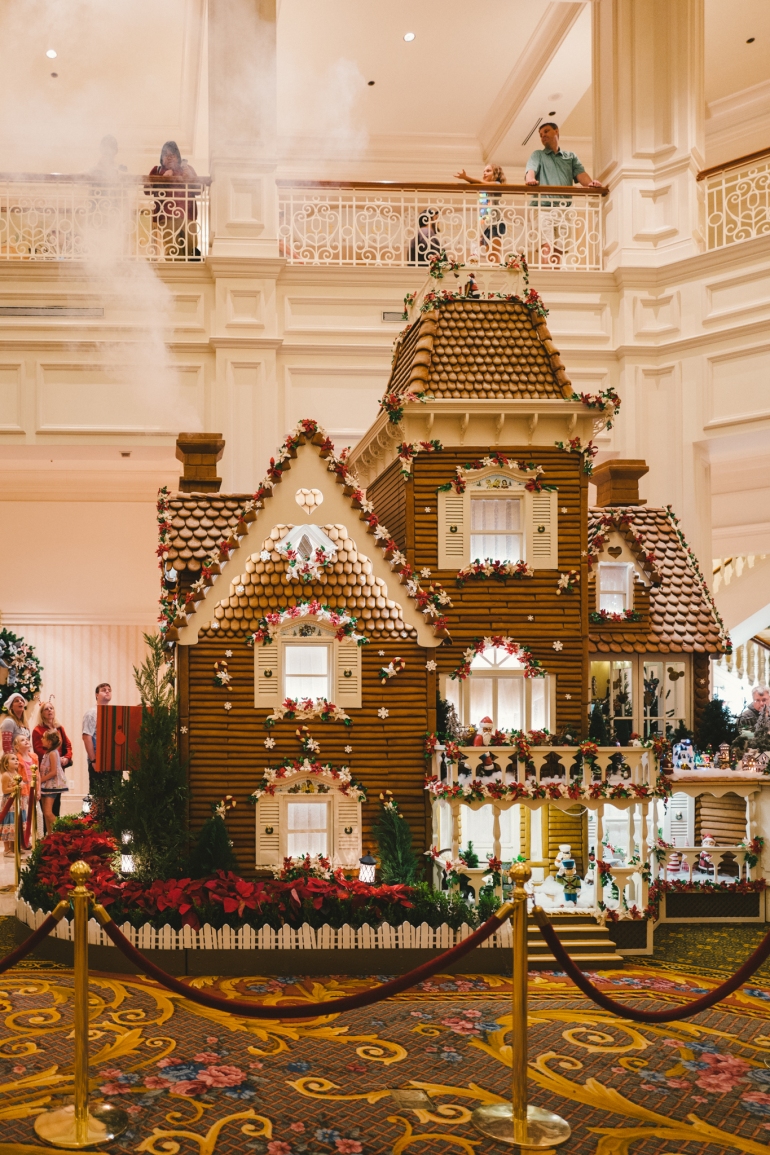 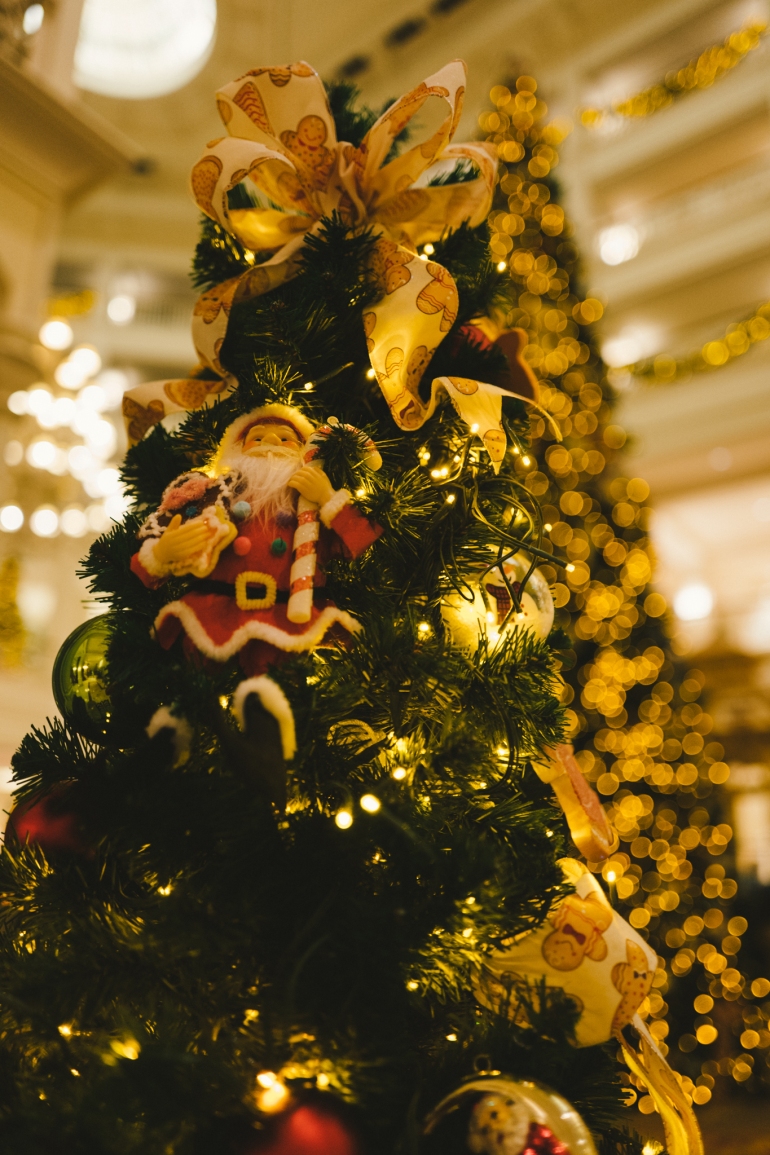 I realize it’s now FEBRUARY, and I’m still taking about holly jolly Christmas stuff, but bear with me… I have lots more to share from our December visit to WDW, including Mickey’s Very Merry Christmas Party at the Magic Kingdom!