After spending a few hours exploring Takeshita Dori, Mark and I decided to jump back on the Tokyo Metro and head south to Shibuya Station, one of the city’s busiest railway stations.

Like Shinjuku, Shibuya is one of the 23 municipalities that make up the core of Tokyo. It’s known as a major fashion center, with a heavy emphasis on nightlife and shopping. We’d gotten our shopping fix in Harajuku, and had something much more… pedestrian in mind. Shibuya Crossing! If you’ve seen Lost in Translation, Fast & Furious, or basically any other mainstream movie set in Tokyo, you’ve seen it.

It’s a scramble crosswalk, where they stop traffic in every direction and let pedestrians take over the entire intersection — crossing the road in at least 5 directions. On paper, it sounds like a silly thing to have become such a “tourist attraction.” But it really helps you get an idea of the scale of Tokyo, and the vast magnitude of the city’s population. Plus, it’s just awesome. 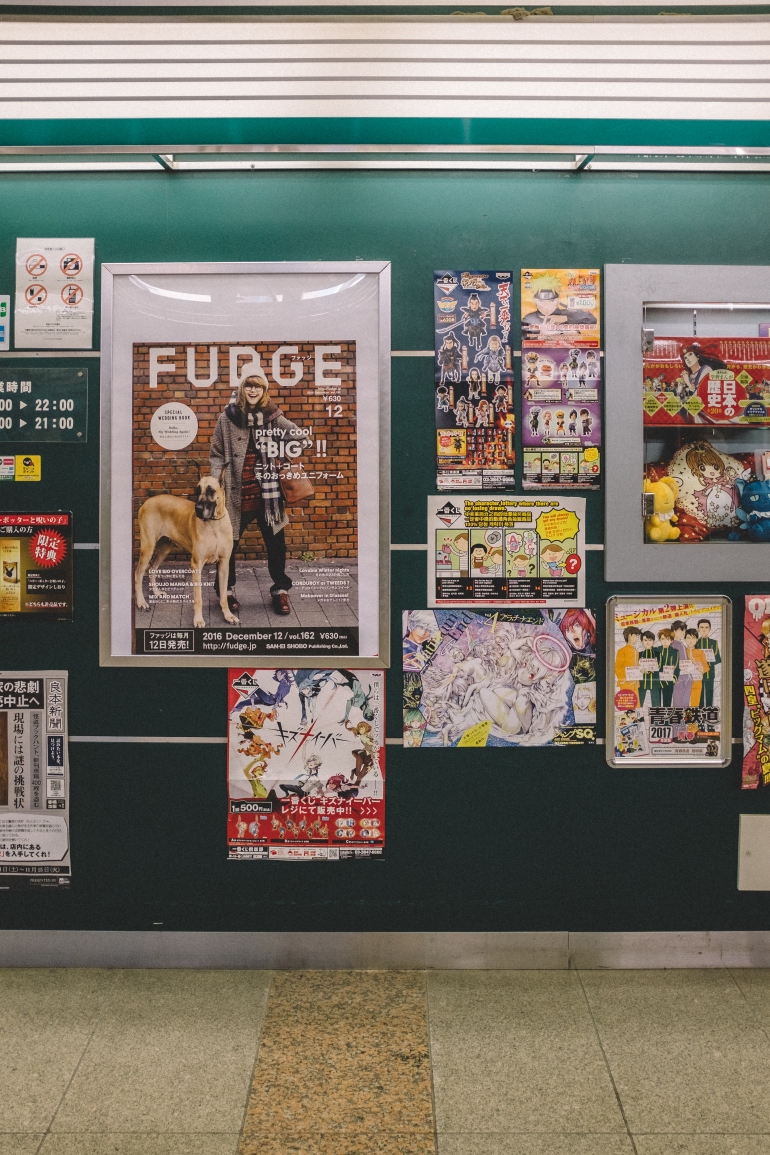 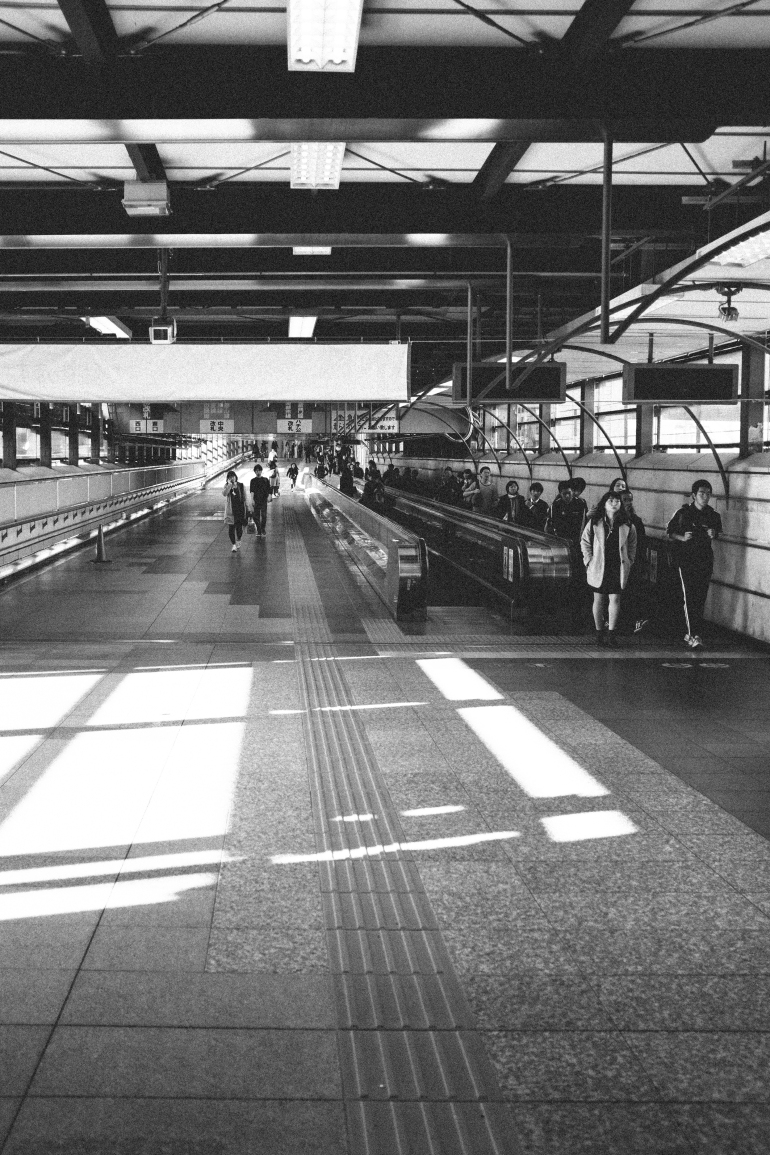 Shibuya Crossing is barely a few minute walk from the station, but we had to consult Google Maps at least three times. The station was just so massive, it was hard to figure out which exit led where. And, naturally, we kept finding ourselves on the opposite end of where we needed to be. 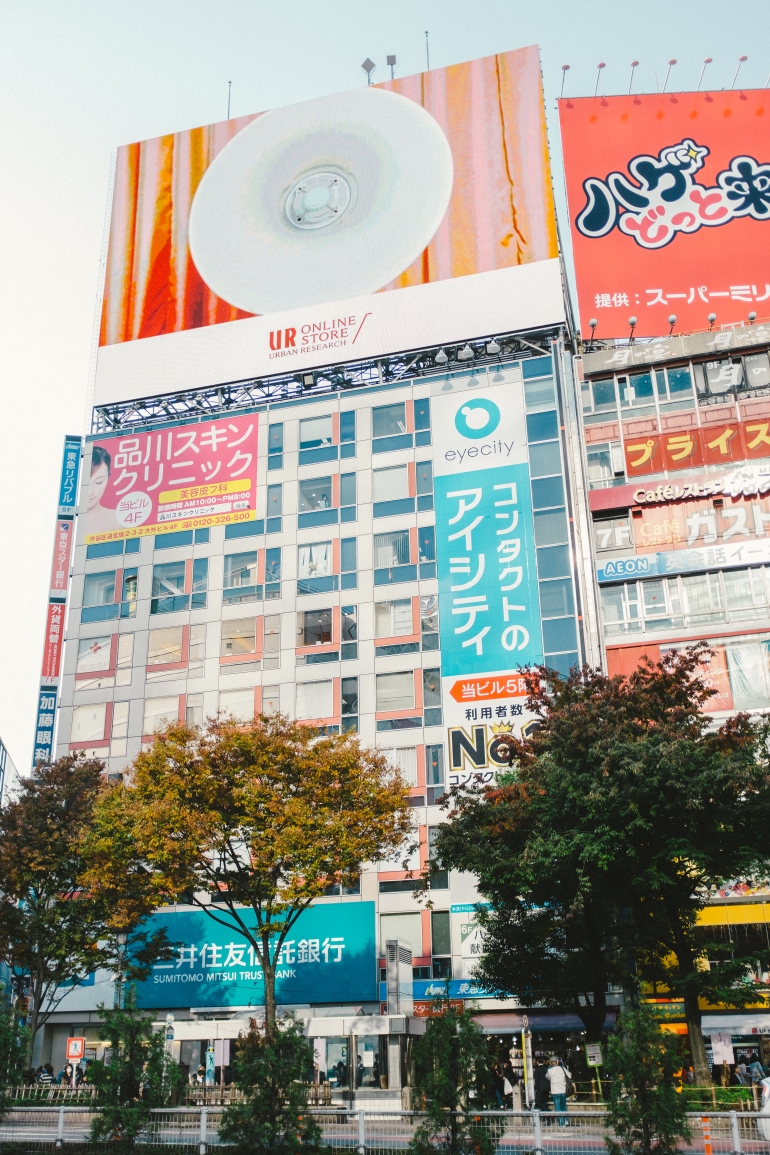 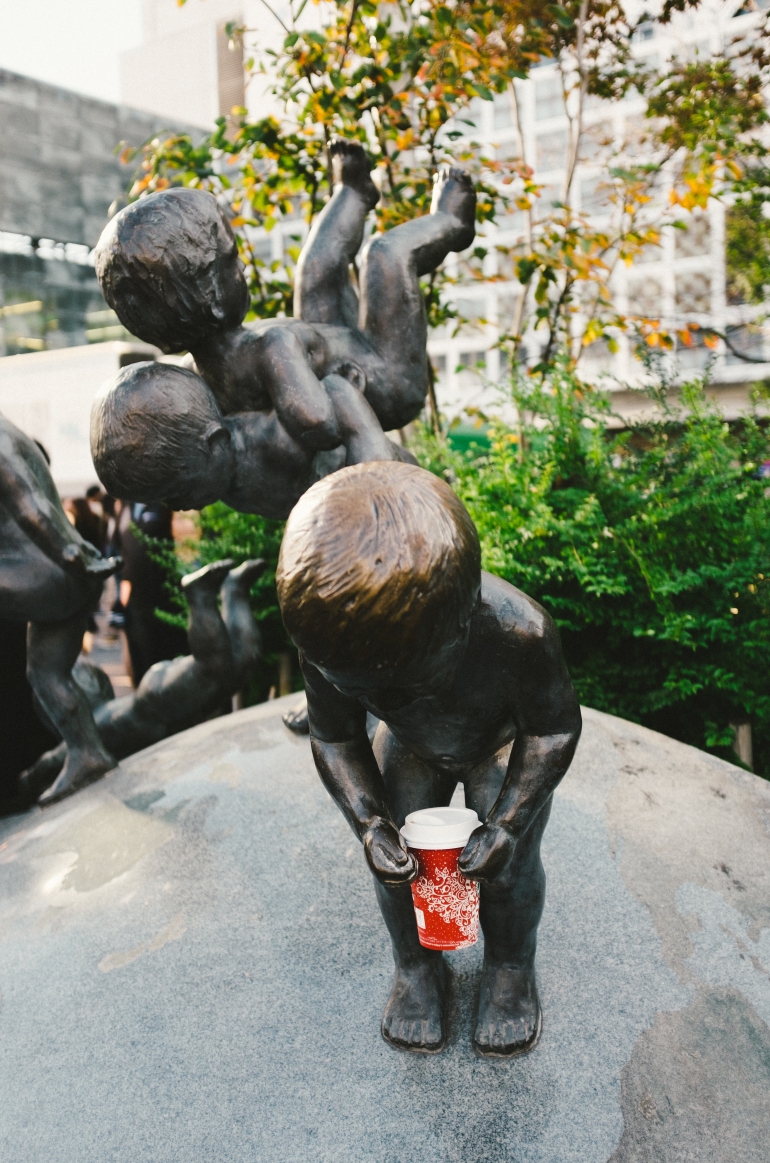 Note to self: next time, bring Lilo.

And then we walked it. 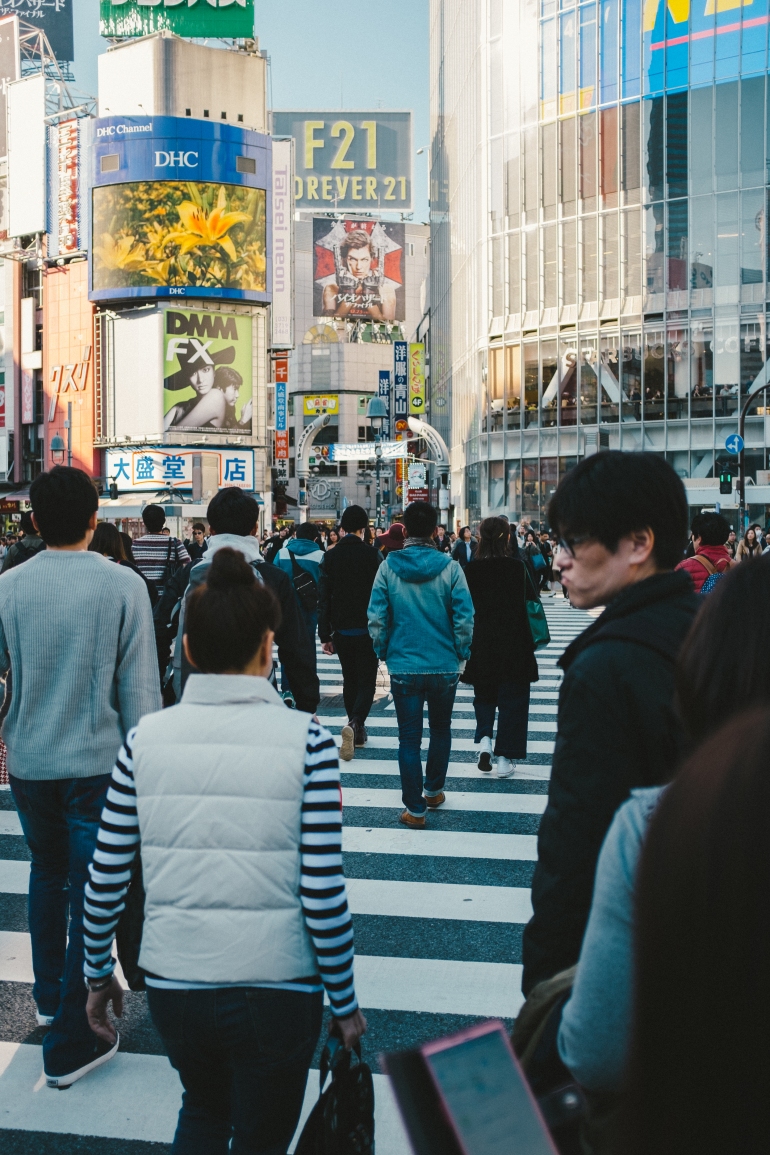 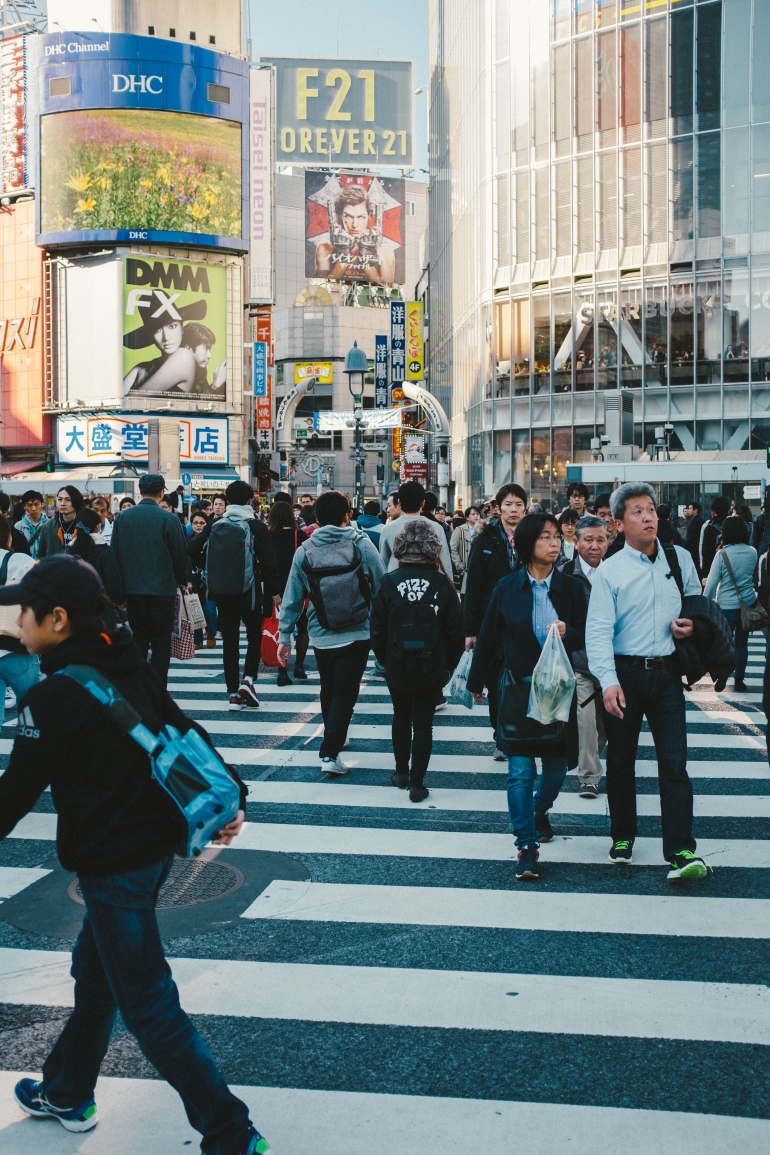 There’s a Starbucks right across from one of the crosswalks (you can see it in the previous pic), and it’s a great vantage points to sit and watch the scramble crossing from above. It was packed inside, but you couldn’t beat the high energy surroundings.

We didn’t stay long, anyway. Just enough to snap a few photos before heading back out into the thick of things. 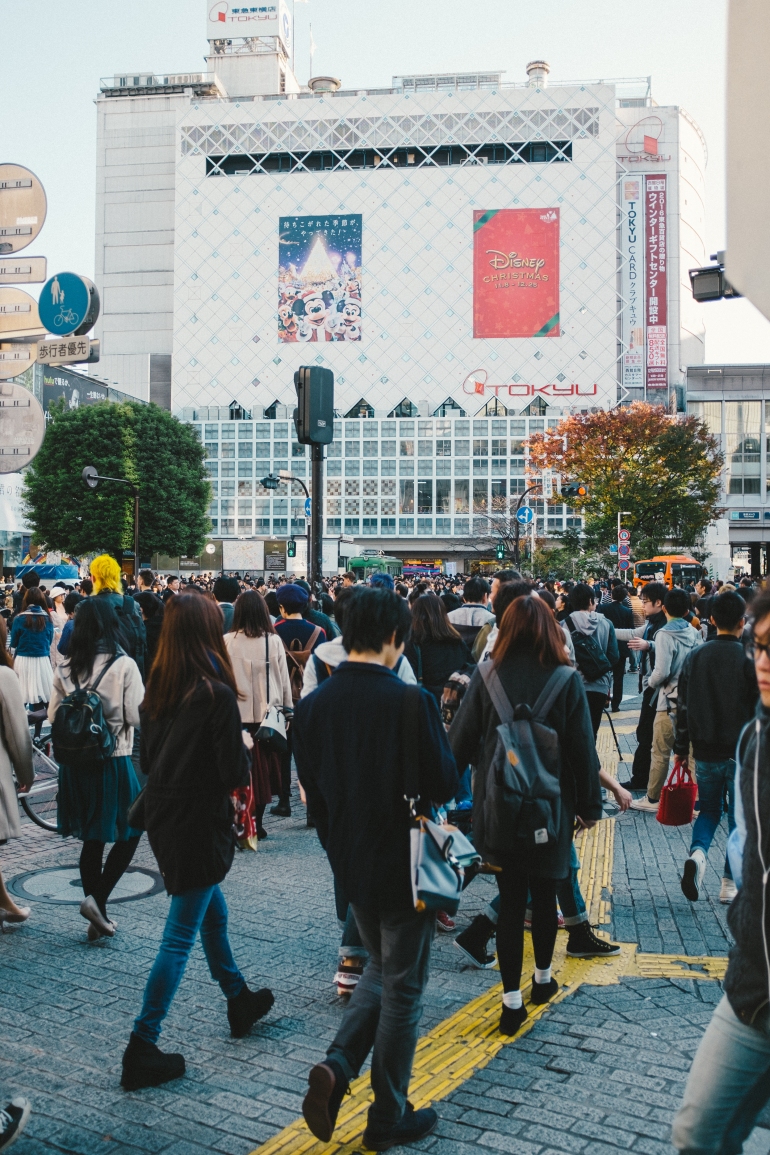 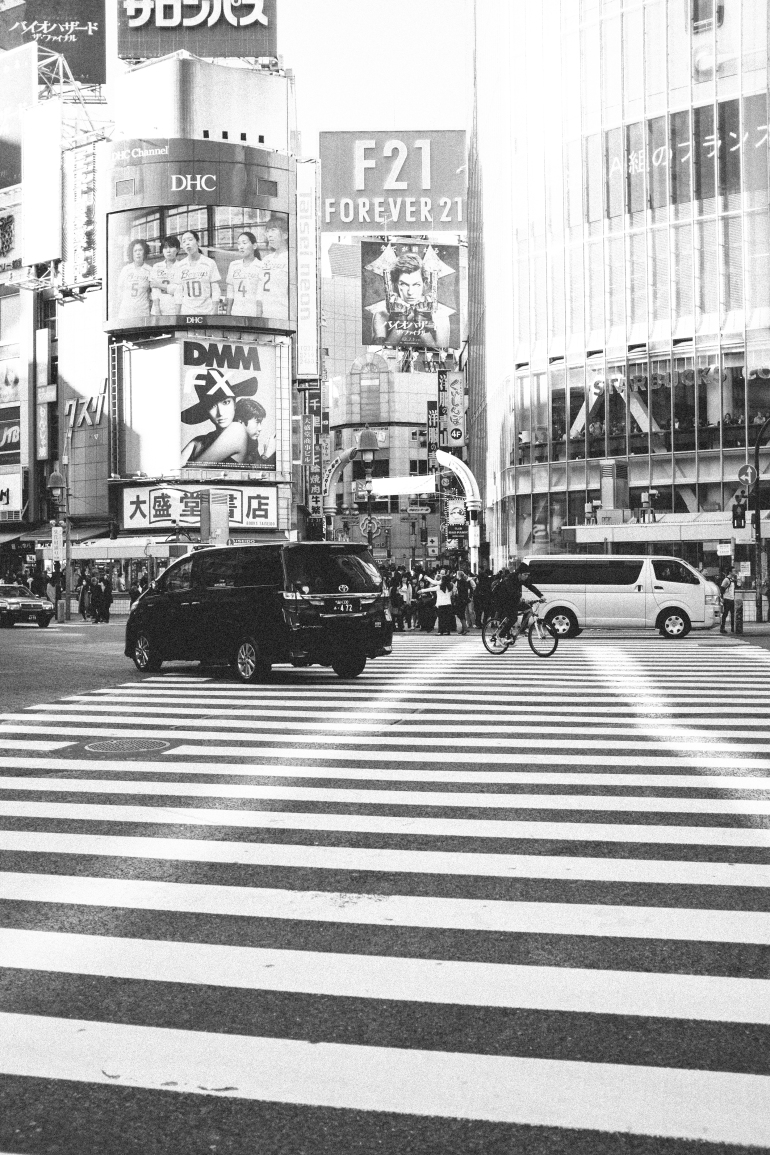