Last Wednesday, exactly one week after I arrived in Copes from LA, I made my way back to the CPH airport for another little adventure.

For most of October, my wonderful Grandma was doing a river cruise down the Rhine. She’d had it planned for months, and when I found I would be coming to Copenhagen for grad school last February, we’d decided to figure out a way to see each other while she was in Europe too.

None of her cruise stops took her through Denmark, so we agreed to meet where her cruise ended – in Amsterdam! 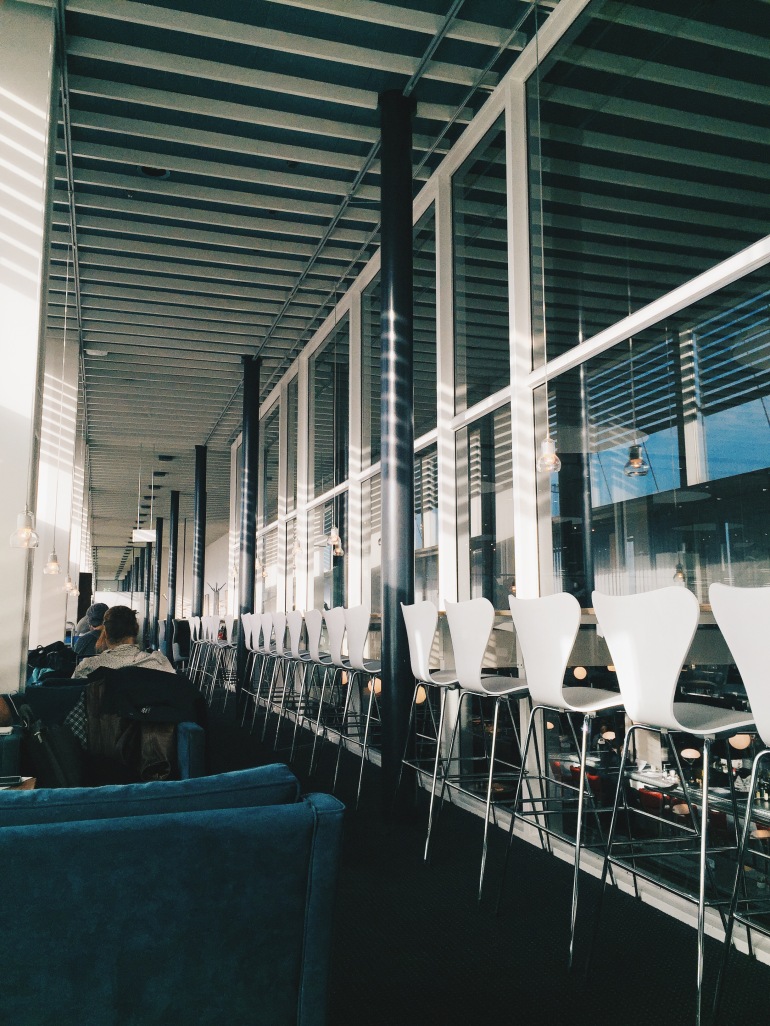 My flight out of CPH was at noon, and by 1:30pm I was taxiing at AMS. Easy breazy. I took the train from the airport to Centraal Station, which happened to be right across the street from my Grandma’s hotel.

I met her in the lobby of the Hotel Victoria and immediately got the worst kind of travel news. Just a couple hours earlier, in the hotel cafe, she’d had her entire purse stolen. That meant passport, ID, credit cards, cash – everything, gone.

By the time I’d gotten there, hotel staff had already helped her file a police report. But poor thing was so shaken up. Talk about the coldest Amsterdam welcome ever… 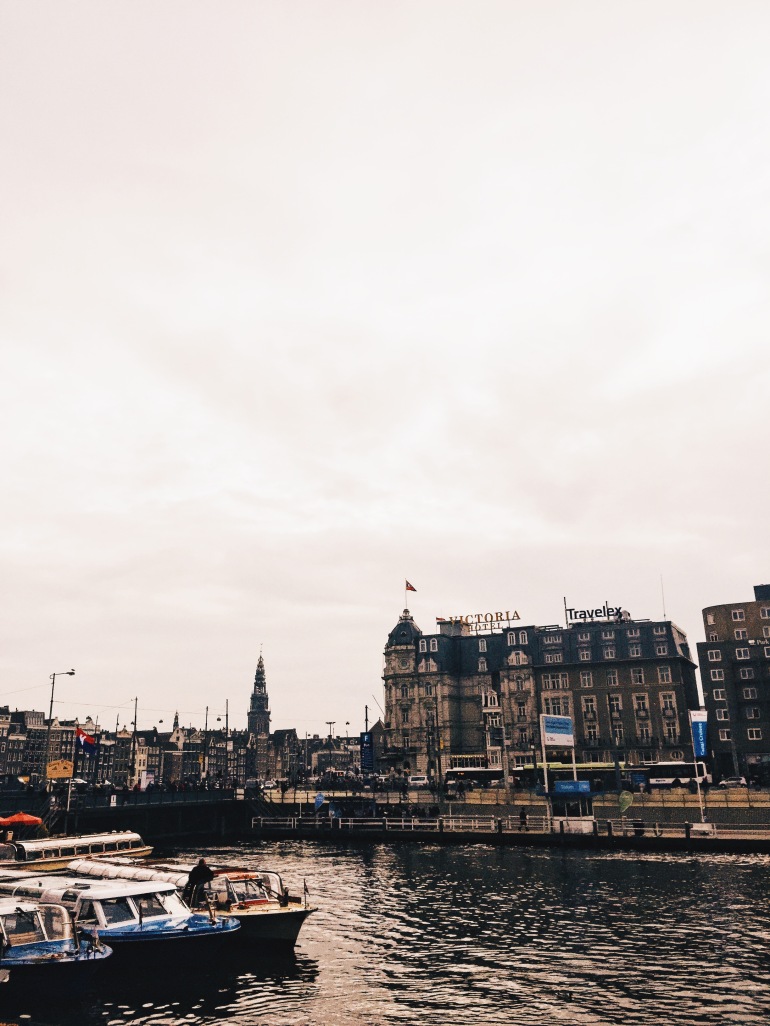 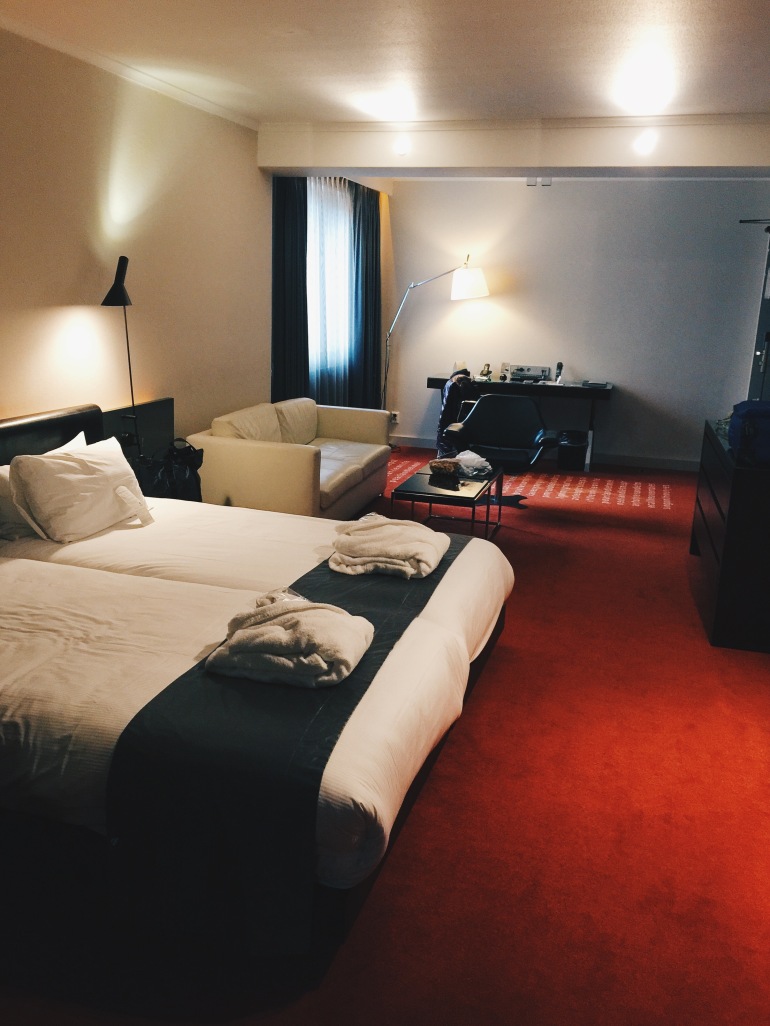 After we dropped all my things in the room, we decided to venture out for an early dinner.

We walked down Damrak, a main avenue in Amsterdam that runs from Centraal Station…

…and found Restaurant Roode Leeuw in Hotel Amsterdam, about a 5 minute walk from our hotel.

The view from our table.

I went with a goat cheese salad and split pea soup. There were little weenie sausages floating around in the soup, which was kind of weird, but I still ate the whole thing. Proud member of the clean plate club, always. 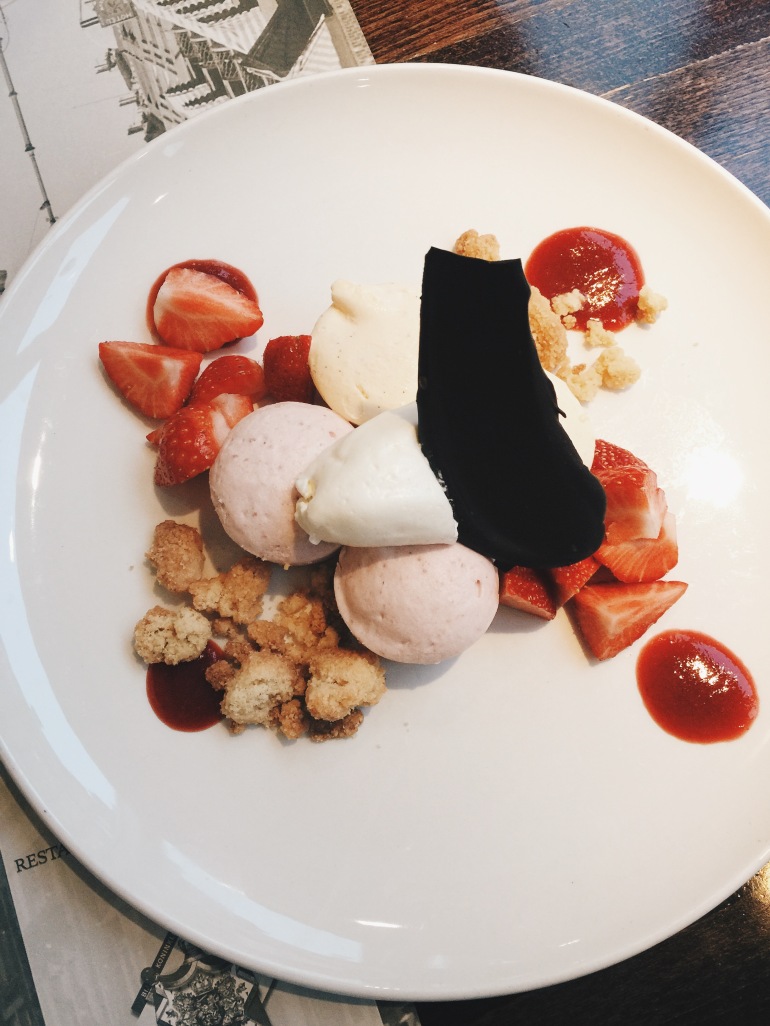 For dessert we shared a raspberry panna cotta type thing. 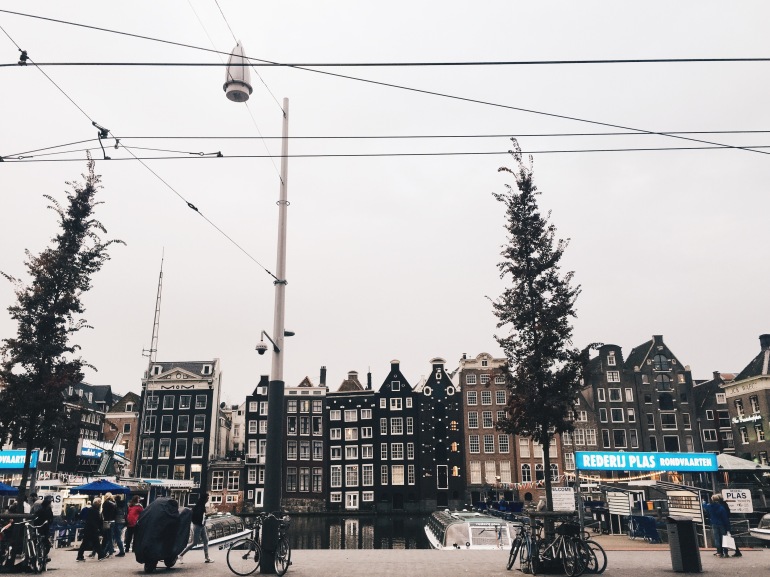 When we got back to our hotel, we decided on a second dessert in the bar. Pinot noir for me, hot chocolate for my Grandma, and a cocktail for my Grandma’s friend, Ben.

He had a selfie stick – which he used non-ironically the whole trip – and it was basically the best thing ever. 😉