When you’re in need of an emergency passport…

Before we could be proper tourists, we had to go about getting my Grandma a emergency / temporary passport (since hers had been stolen the day before).

Ah, the joys of government-run organizations. They’re always so speedy and on top of things!

Grandma was in high spirits, though. She has perfected the art of not giving a shit, something I really need to work on.

Luckily the Consulate is in the best location ever: Museumplein, literally right across from the Rijksmuseum and the Van Gogh Museum.

There’s Ben, in the white jacket, waiting outside with my Grandma’s cell phone cause for some reason you weren’t allowed to bring them in. 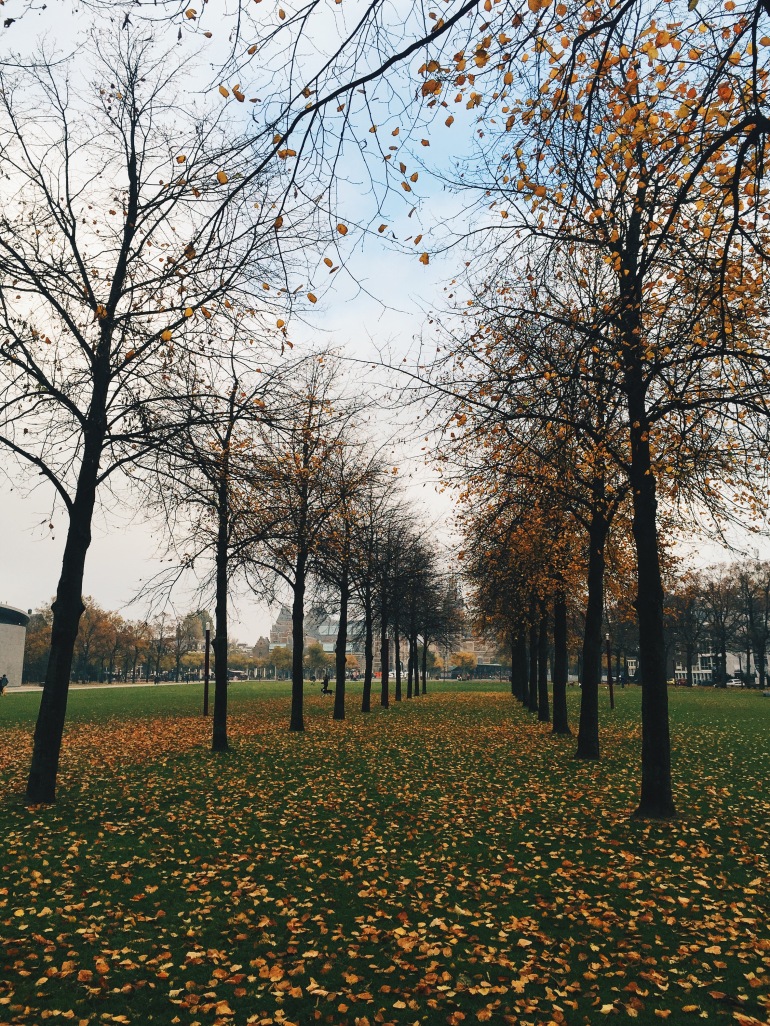 Meanwhile I killed time by wandering the grounds. So very autumn AF.

That’s the Rijkmuseum, an art and history museum founded in 1800.

And that’s the Van Gogh Museum, right across the way.

We had plans to go in both museums later that morning, but first we had an assignment from the U.S. Consulate: walk to the nearest photo store and have my Grandma get a passport picture taken.

Bit of an odd request. I don’t know why they wouldn’t be equipped to take a passport photo at the Consulate, since the vast majority of what they do is process passports. But, I guess the only explanation needed is that it’s the U.S. government. Don’t ask questions. Hmmph. 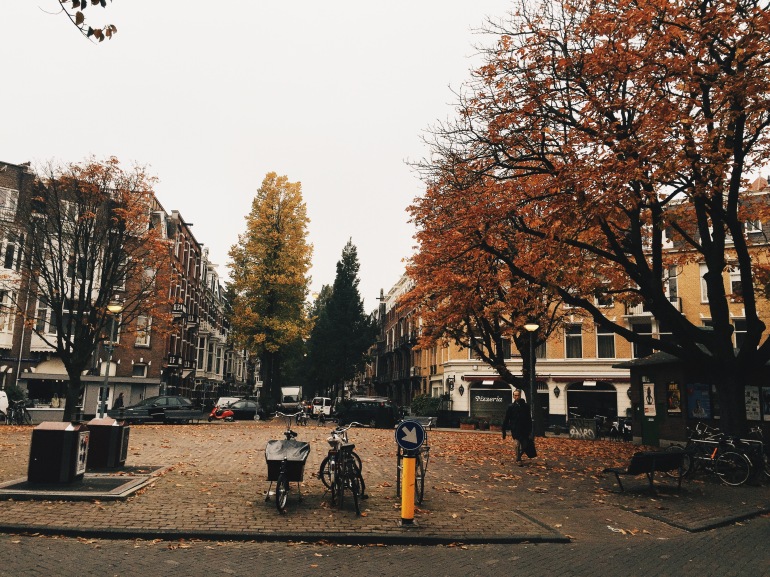 In any case, walking through Amsterdam’s southern borough was nice and scenic. 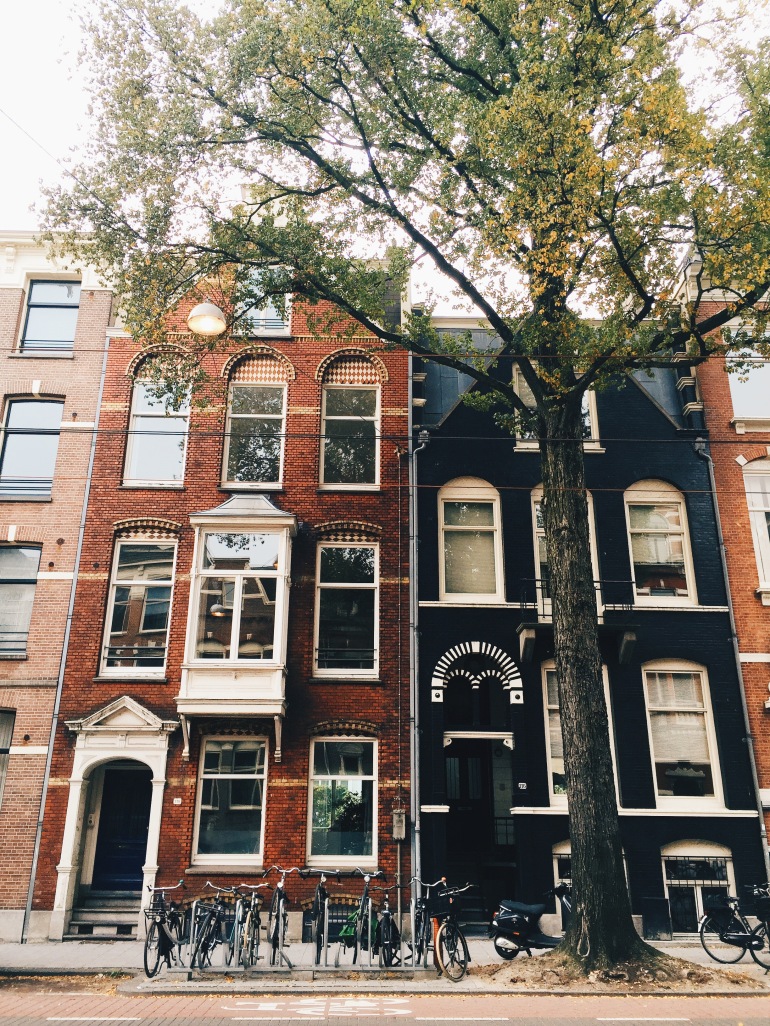 Be cuter, houses, I dare you…

Next up – museum time and the best dinner of the trip.