It’s just about time to bid adieu to the scary and prep for all the HOLLY JOLLY. Where has the month gone!? I’ve barely had my fill of fun size Snickers and it’s already time to swap the pumpkin king for reindeers and egg nog. Sorry, I love Thanksgiving as much as the next person (who doesn’t dig a holiday that revolves around stuffing your face) but in my mind we go straight from Halloween to Christmas.

Before I begin my two-month long love song to the holidays, here’s a roundup of some of my favorite things from this season of spooks.

Disneyland has really been upping its snack game lately, and this churro sundae is a major standout. It’s part of their selection of seasonal Halloween treats, available through October 31st at the Golden Horseshoe. It’s made of cookie dough ice cream, whipped cream, and caramel drizzle, with a nice warm churro on top. Hopefully you were able to get your hands on one before it’s sunset by the Disney food gods, cause my goodness.

Probably one of the cutest Halloween treats on the menu. Even cuter? The mini cake pop version. And if you stop by Marceline’s Confectionary in Downtown Disney, you might just catch them crafting these masterpieces by hand. 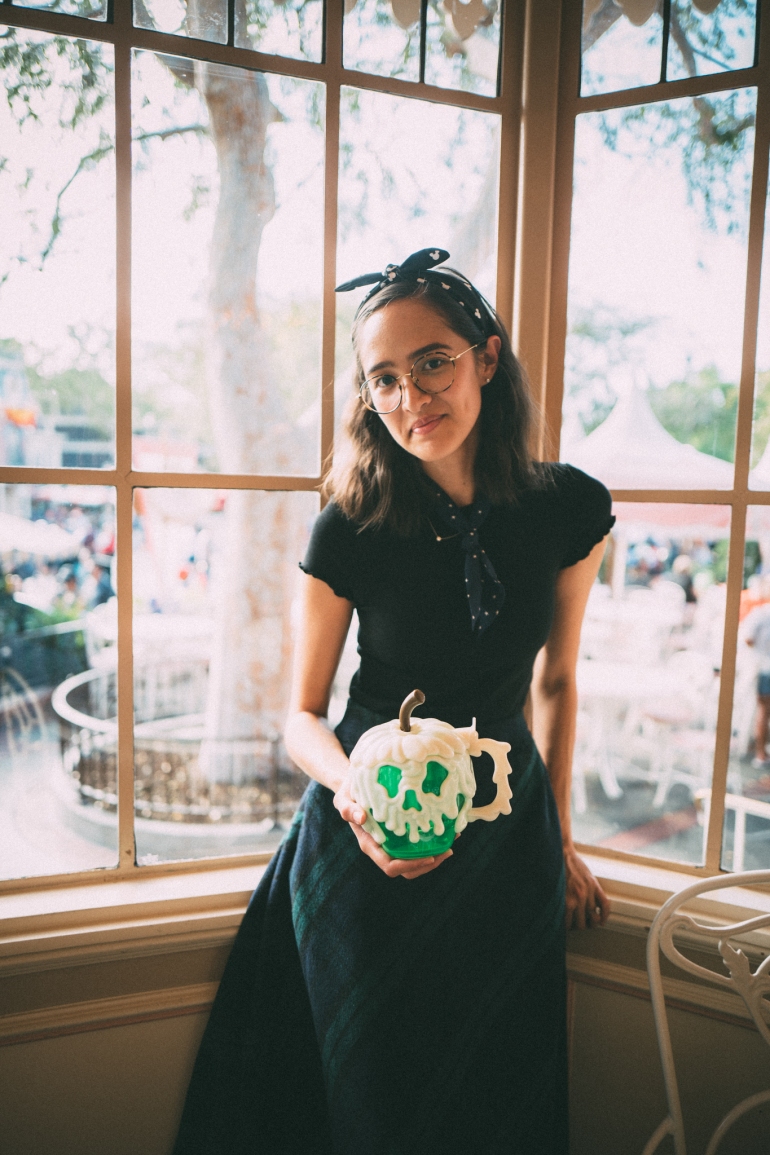 Did you even go to Disneyland if you didn’t overspend on a seasonal merch item? (Spoiler alert: no.) They had these poison apple steins last year, but in red. So, duh, I had to nab this year’s green one for a complete set. Only logical!

A new add to this year’s Halloween lineup is a treat station in the lobby of the Grand, right next to the massive Oogie Boogie rice crispy display. I’m pretty fond of the Grand’s seasonal selections (the rum spiced hot chocolate station that’s set up in December is a true gem) and this is no exception. In addition to the Mickey zombie whoopie pies, they also had the most creative villains-inspired sugar cookies. Hi, can I have a job as a Disney pastry chef, cause it sounds like actual wizardry. 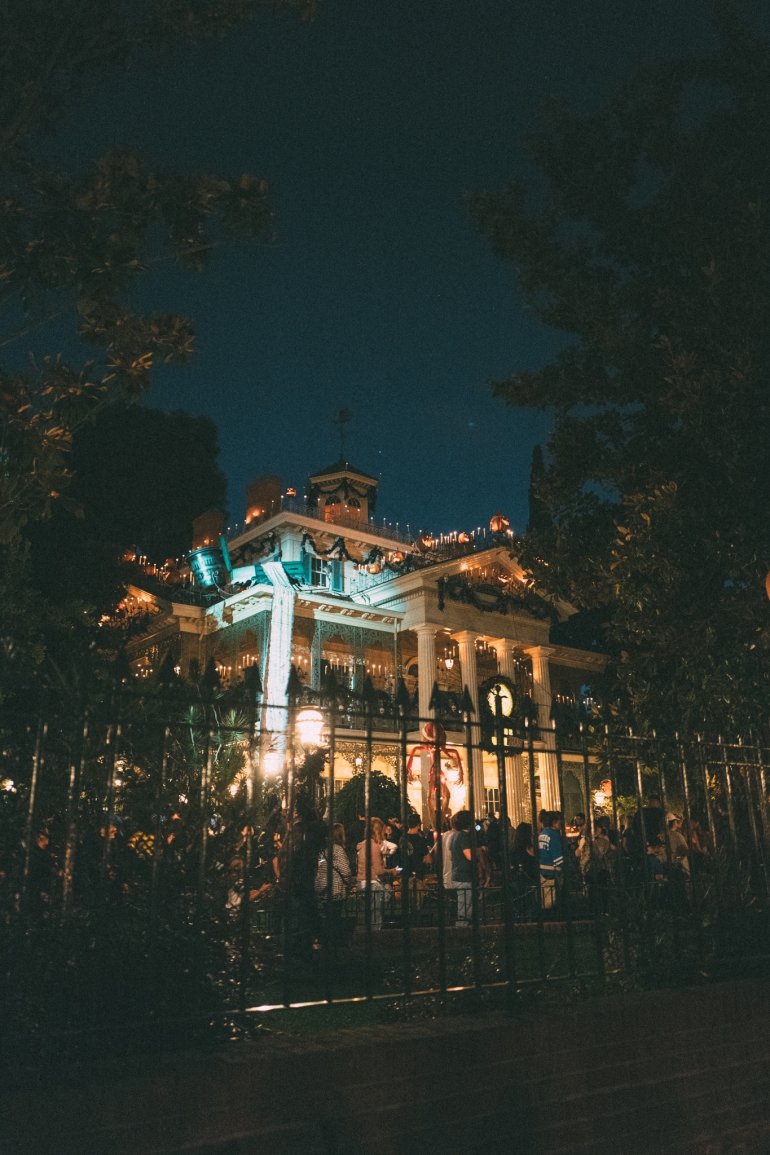 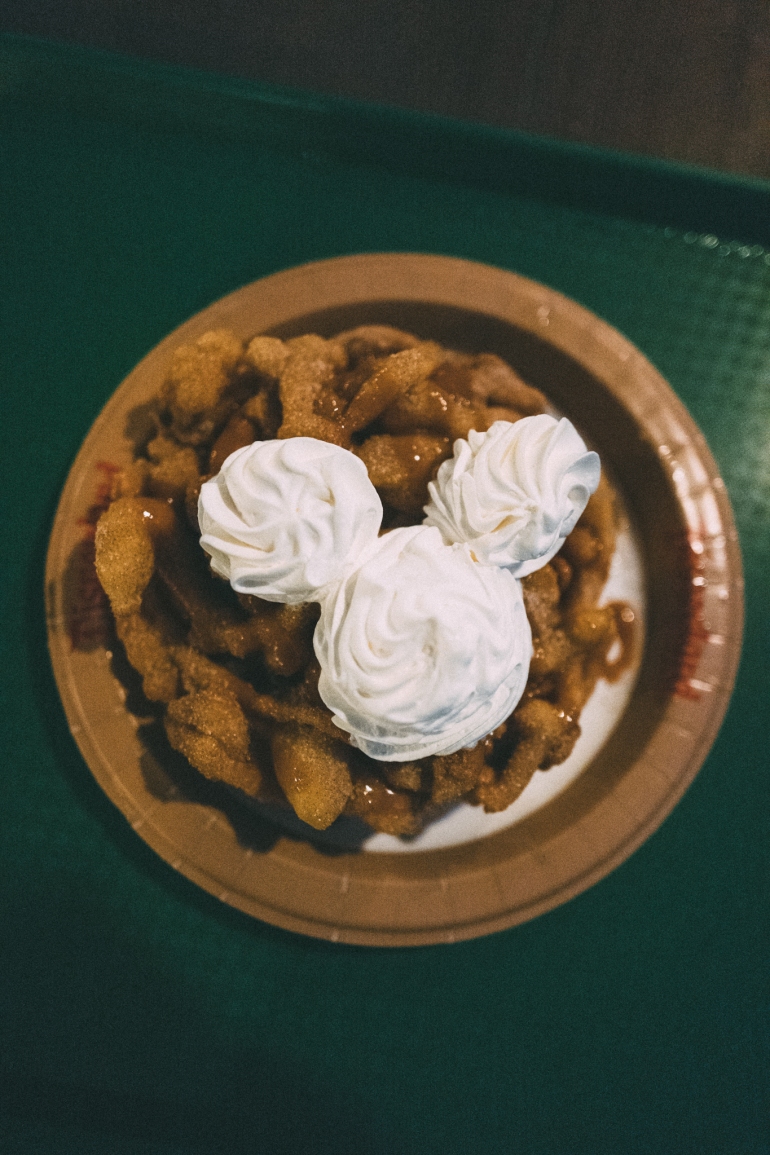 This beaut is available at the Hungry Bear in Critter Country, next to Splash Mountain. And yes, it tastes like churro mixed with happiness. 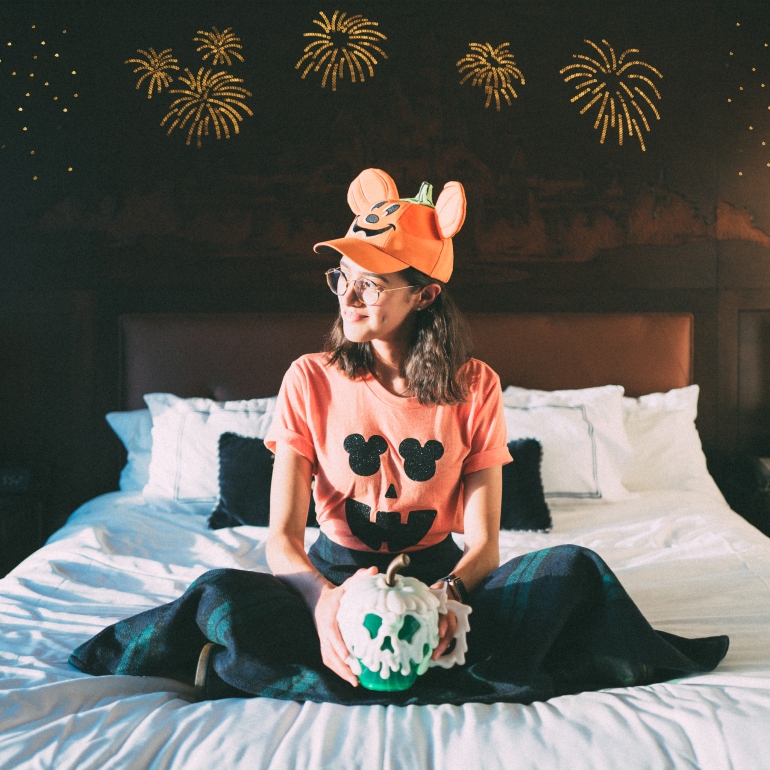 Last but not least — THE PUMPKIN HAT. Probably the greatest buy of the season, and what I’m going to miss most when the calendar flips to November. But…pumpkins, pumpkin pie, Thanksgiving…it’s all related, right? And that loose justification is really all I need to shamelessly wear this on my noggin through Turkey Day.