Disney’s Wilderness Lodge is a rustically themed resort hotel just off the main monorail loop, near the Contemporary. It reminds me of the Grand Californian in Anaheim, with a sprinkle of the kind of magic you’d find in the great outdoors. Think: Disney meets Yosemite National Park.

Mark and I made a visit to the lodge after a lovely afternoon at Epcot. Despite hearing great things, we’d never been before now. Walt Disney World is just SO MASSIVELY VAST that there are still tons of areas we’ve yet to experience. That said, was great being able to cross this one off the list! 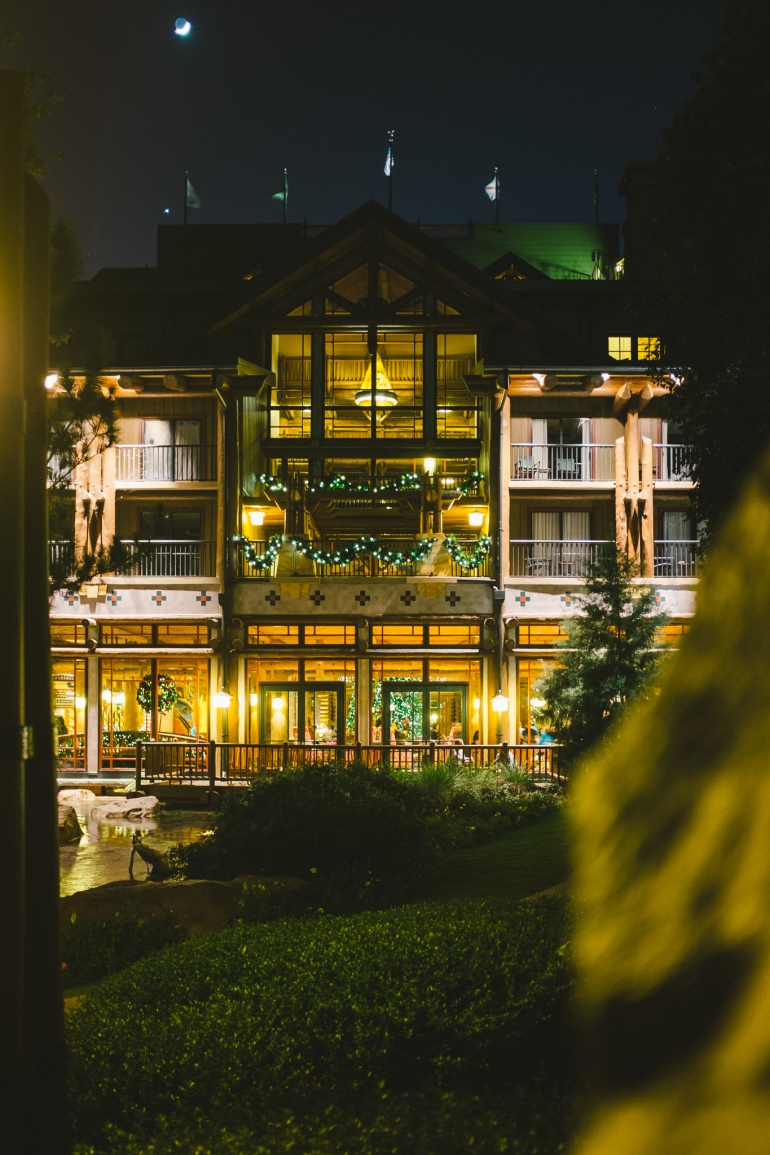 Our main reason for visiting was food, of course. Our favorite Disney World restaurant is the California Grill on top of the Contemporary Resort. But, since we booked this trip relatively last minute, reservations pickings were slim.

Luckily, we were able to snag dinner for two at Artist Point, a signature dining restaurant inspired by both the ambiance and cuisine of the Pacific Northwest. 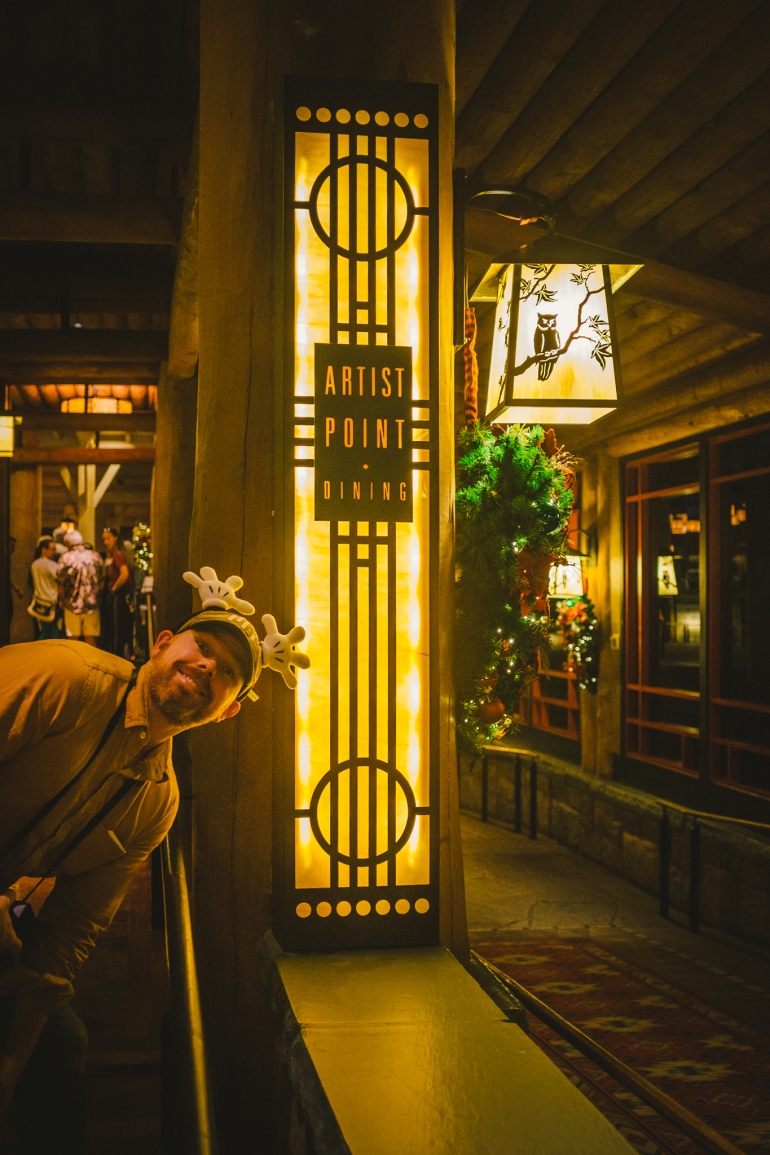 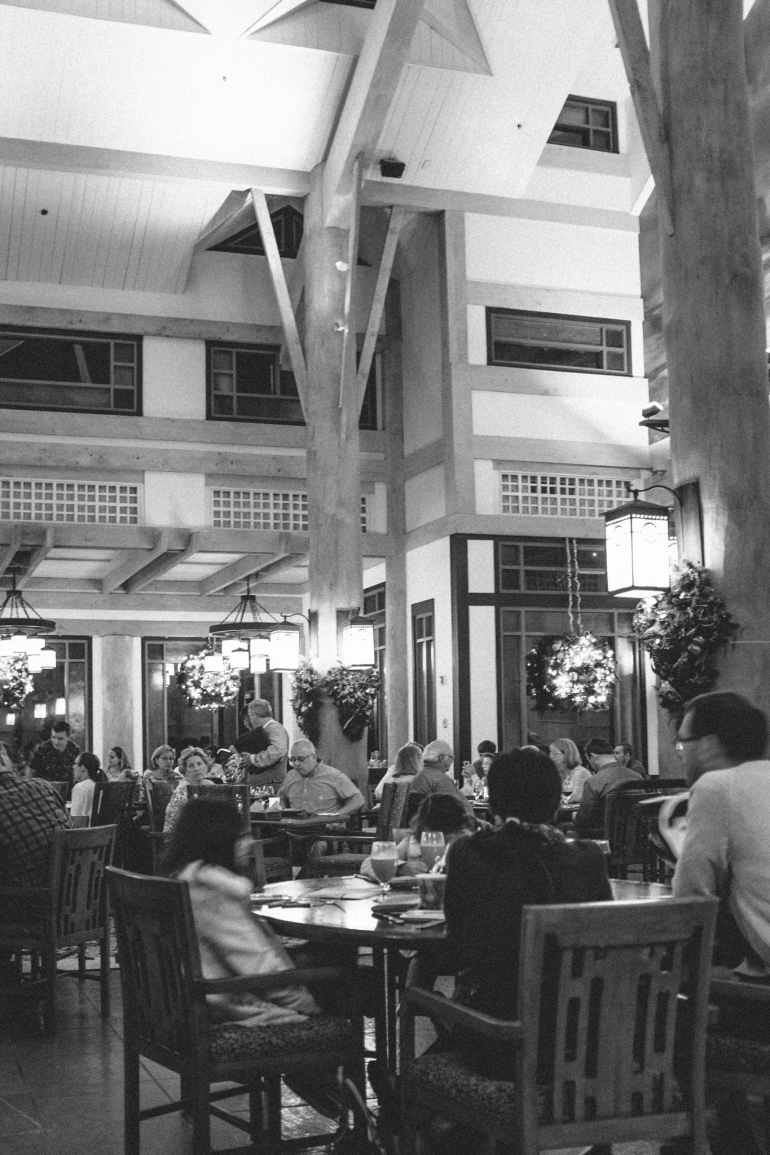 We held Artist Point to the high standard of these other Disney dining mainstays, and honestly it was a teensy bit of a let down. Everything was just ok. The food, though tasty enough, was nowhere near the level of Napa Rose or Steakhouse 55. And the ambiance, though quaint, was lacking any sort of “wow” factor.

Maybe we were there on an off day. Or maybe, since we were just back from the most amazing Disney trip ever, we were holding things to too high of a standard. Either way, we probably wouldn’t dine here again.

We skipped out on dessert at Artist Point, and instead hopped a taxi from the Wilderness Lodge to the Transportation Center, where we got a monorail to the Magic Kingdom.

We’d booked the Tomorrowland Terrance Fireworks Dessert Party through the Grand Floridian Concierge. For around $70 a person, you get guaranteed seating for the fireworks, plus all-you-can-eat access to mini desserts, ice cream, apple cider, and hot cocoa. 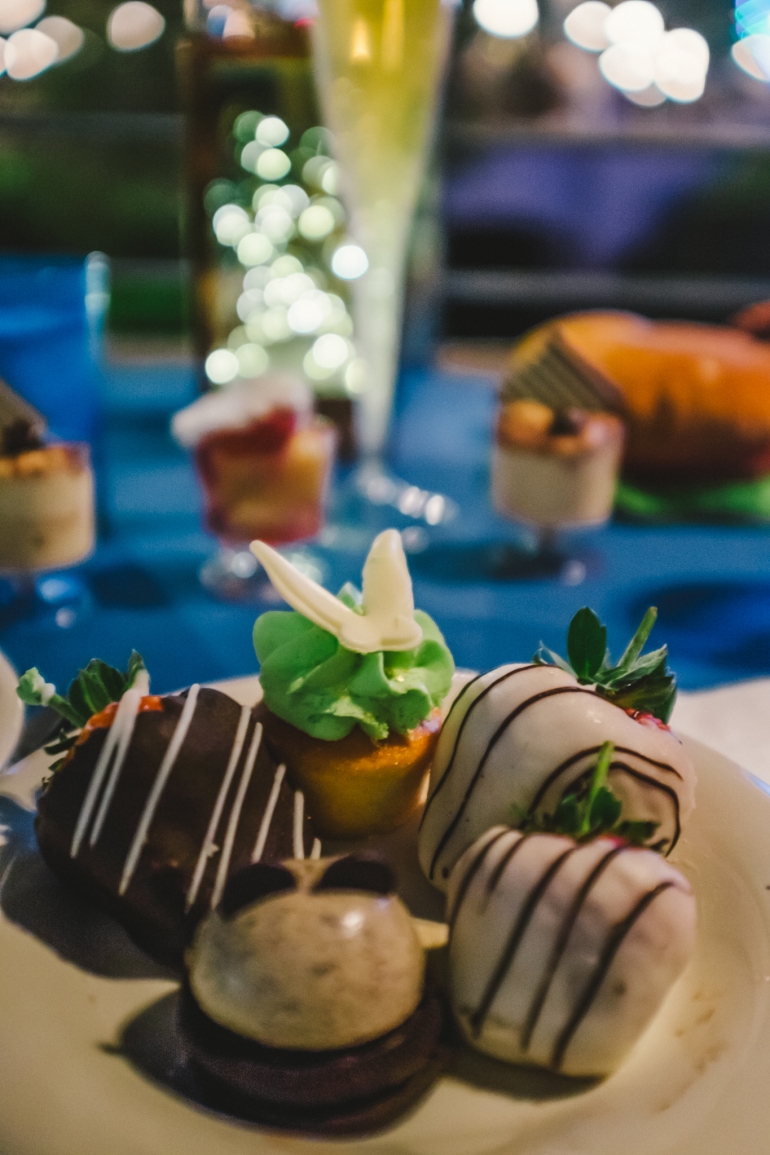 Sorry for the crappy lighting, but look how cute these desserts are!

The viewing area for the dessert party is located just off Main Street, at Tomorrowland Terrace, overlooking the castle. Not a shabby spot, plus you get to sit the entire time!

The only let down was the actual fireworks show. “Wishes” used to be one of my favorites, but after watching the awe-inspiring 60th Anniversary “Disneyland Forever” fireworks all summer, it was a little difficult to be wowed.

Honestly, I think the theme of our entire WDW visit was probably “well, that was a bit of a let down.” But hey, the reason WDW disappointed so much is because Tokyo Disney & the Disneyland 60th were such unbelievably epic experiences — so I think that’s saying something. You’ve got a lot to live up to, WDW, pick up your game! 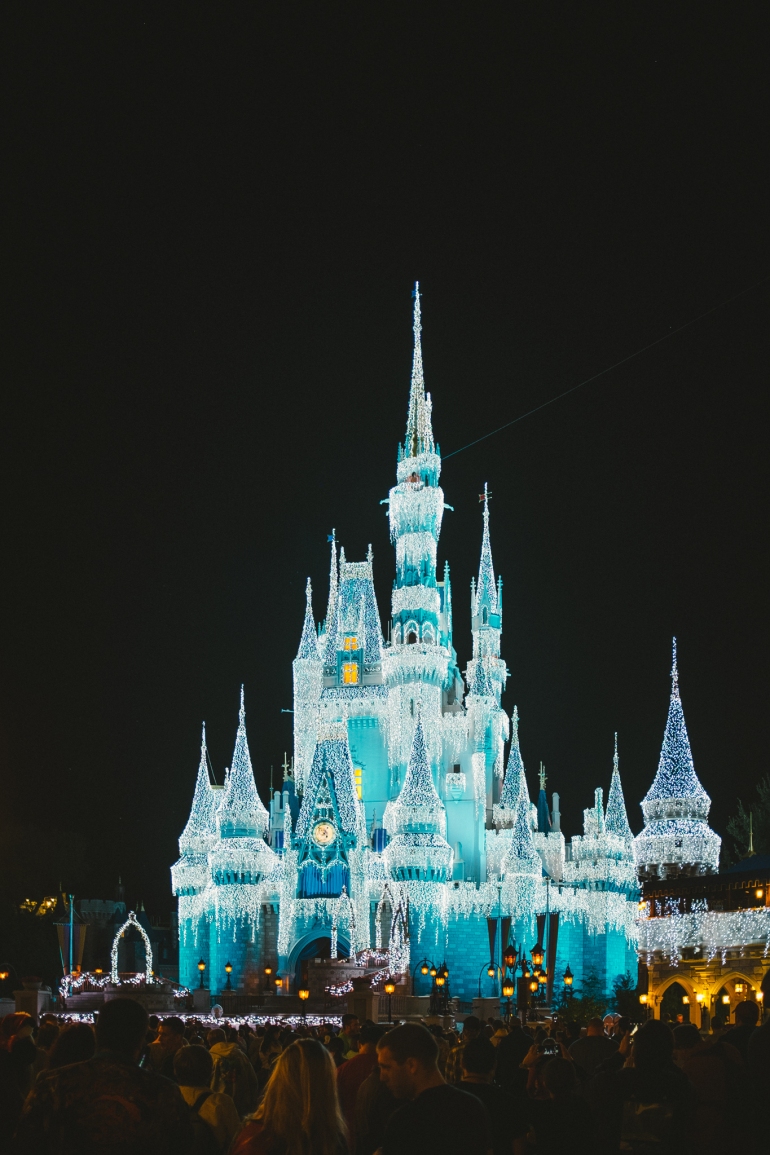 By the time we boarded one of the lagoon boats from MK to the Grand Floridian after the show, it was nearly midnight. We were exhausted, and ready to tuck in for the night. 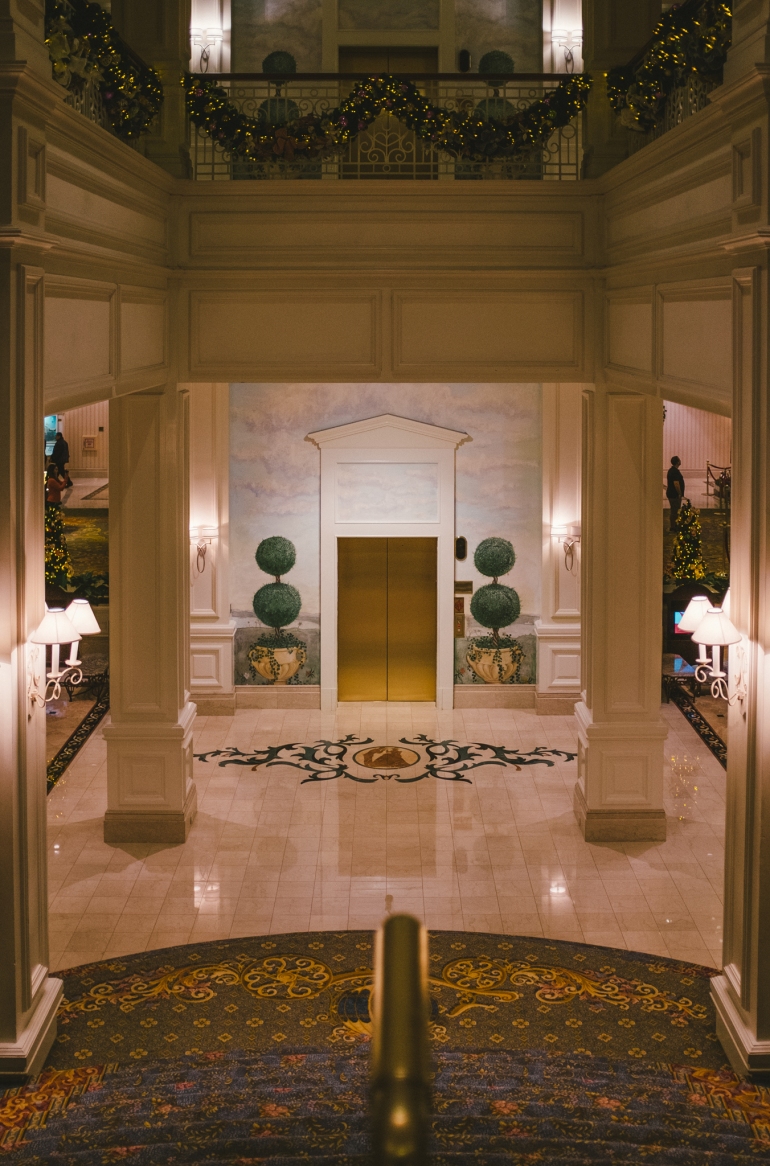 But first – a quick look around the lobby to take advantage of the empty hour.

Cause nothing beats the Disney World Resort when there aren’t screaming, crying children running around everywhere…