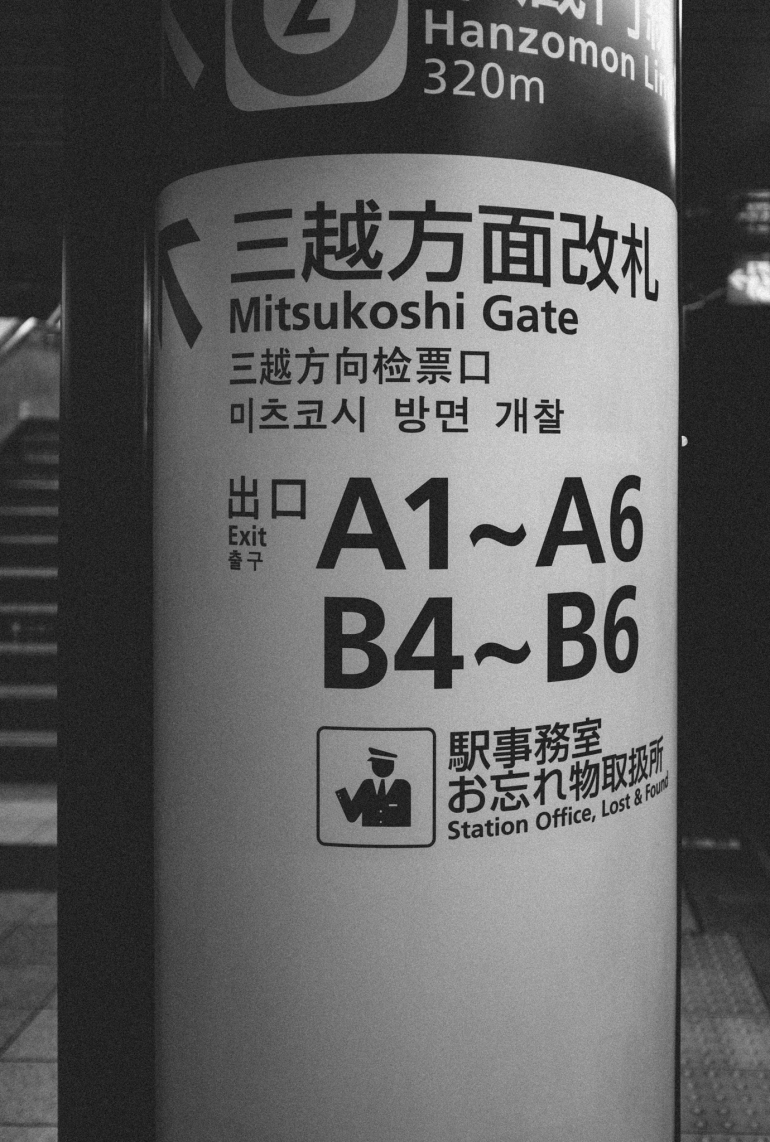 After checking into the Mandarin Oriental Tokyo (and unloading our insane amount of Tokyo Disney goodies) we set about making a mini sightseeing plan for our next couple of days in the city. We’d gotten a taste of Tokyo’s stunning modernity by exploring Shibuya and Shinjuku when we’d first arrived from Los Angeles, so it was time for a touch of the old world.

Enter: Asakusa, a district in Tokyo where the feeling of centuries long gone still lingers.

After breakfast at the Mandarin Oriental, we used the Suica cards that we’d purchased a week prior at Shinjuku Station and made the short trek to Asakusa via the metro line closest to the hotel. 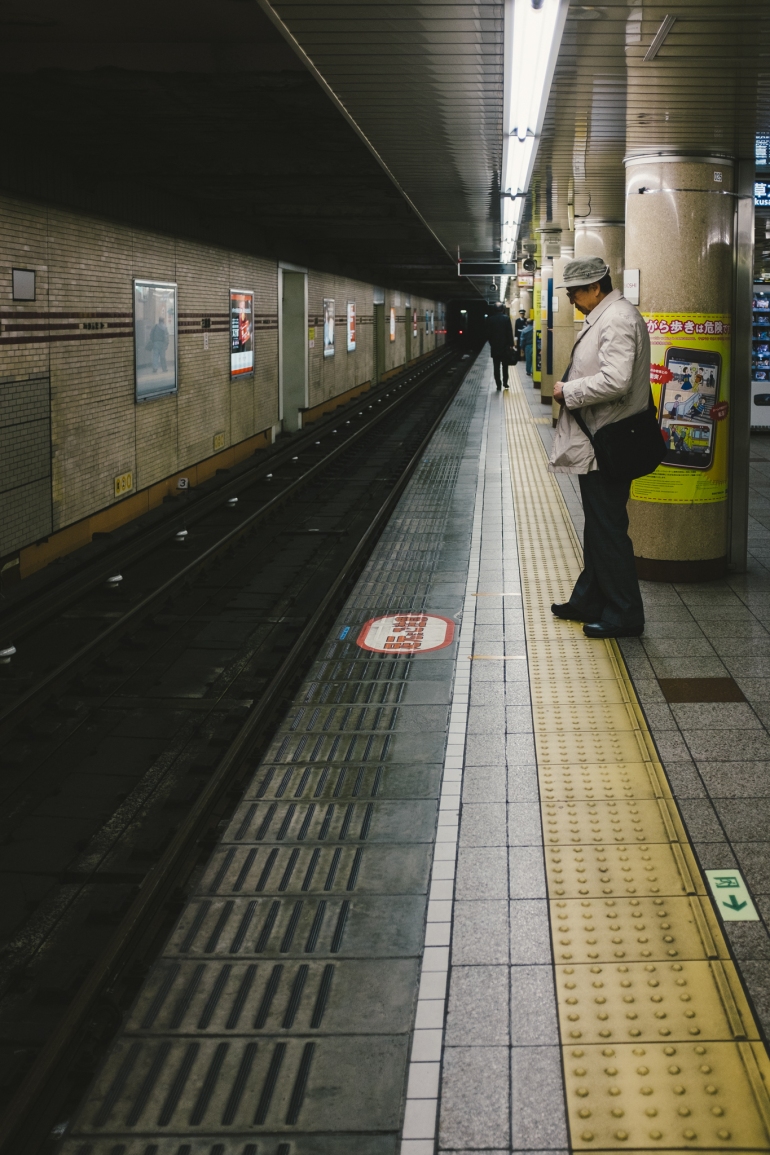 As soon as we got out of the metro station, we were bombarded by an atmosphere of the ancient. History. Days gone by…

…with a hint of the new, of course. That’s the Skytree in the distance, a recently built observation tower that’s now the tallest structure in Tokyo (and second tallest in the world). 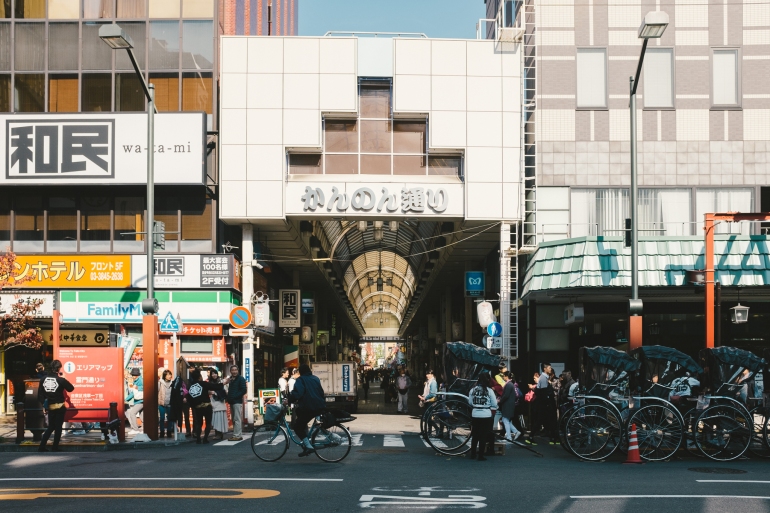 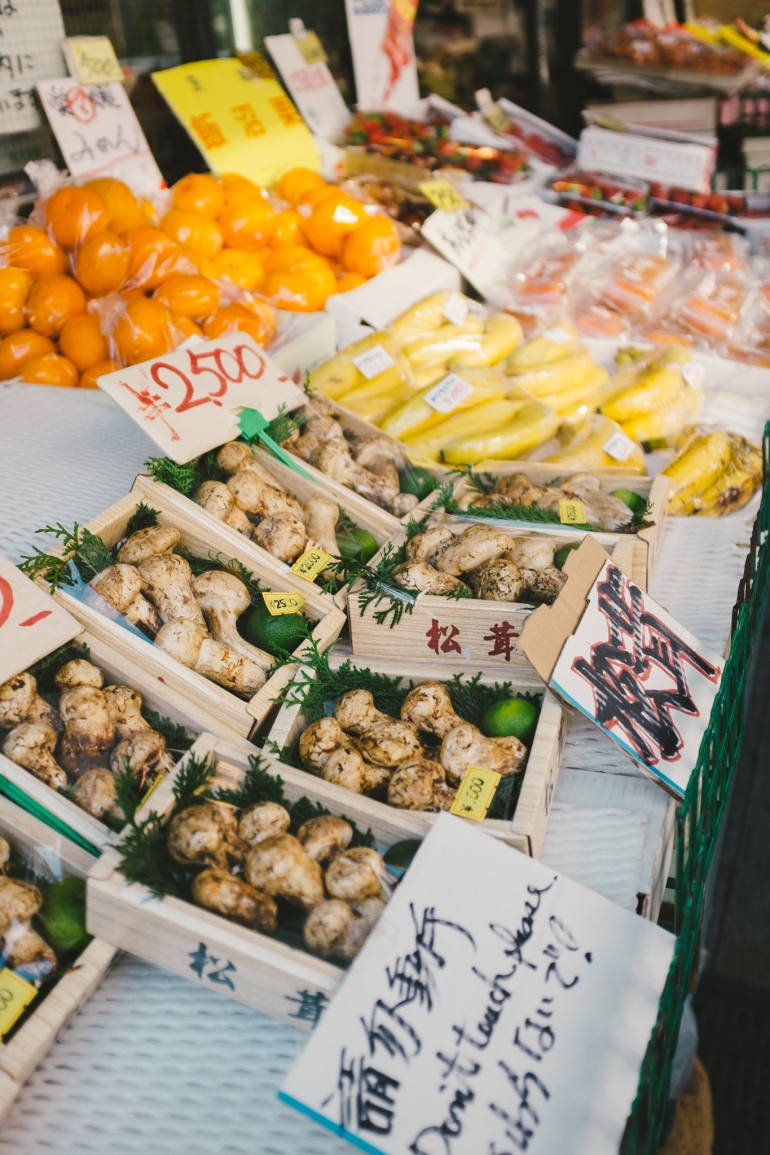 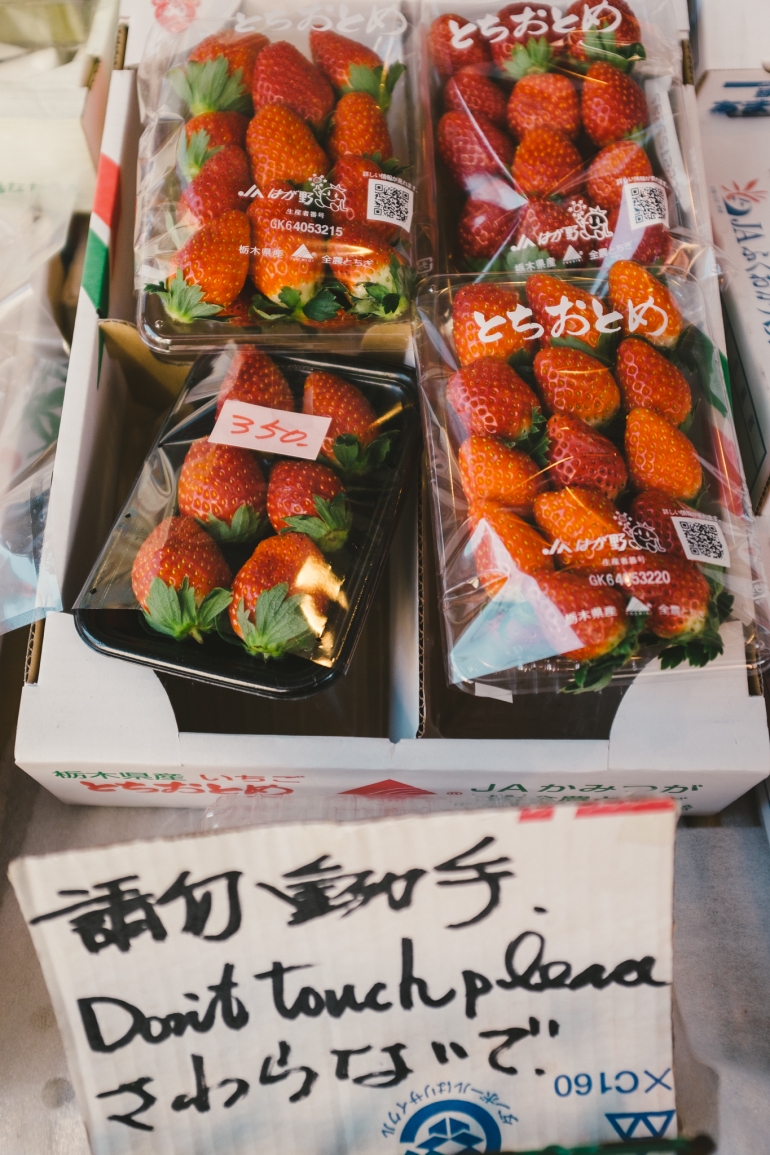 Asakusa’s most popular attraction is Sensoji, a Buddhist temple built back in the 7th century. The Kaminari Gate is the first of two large entrance areas leading to Sensoji, and the whole area is packed with Japanese locals, school kids, and tourists alike. 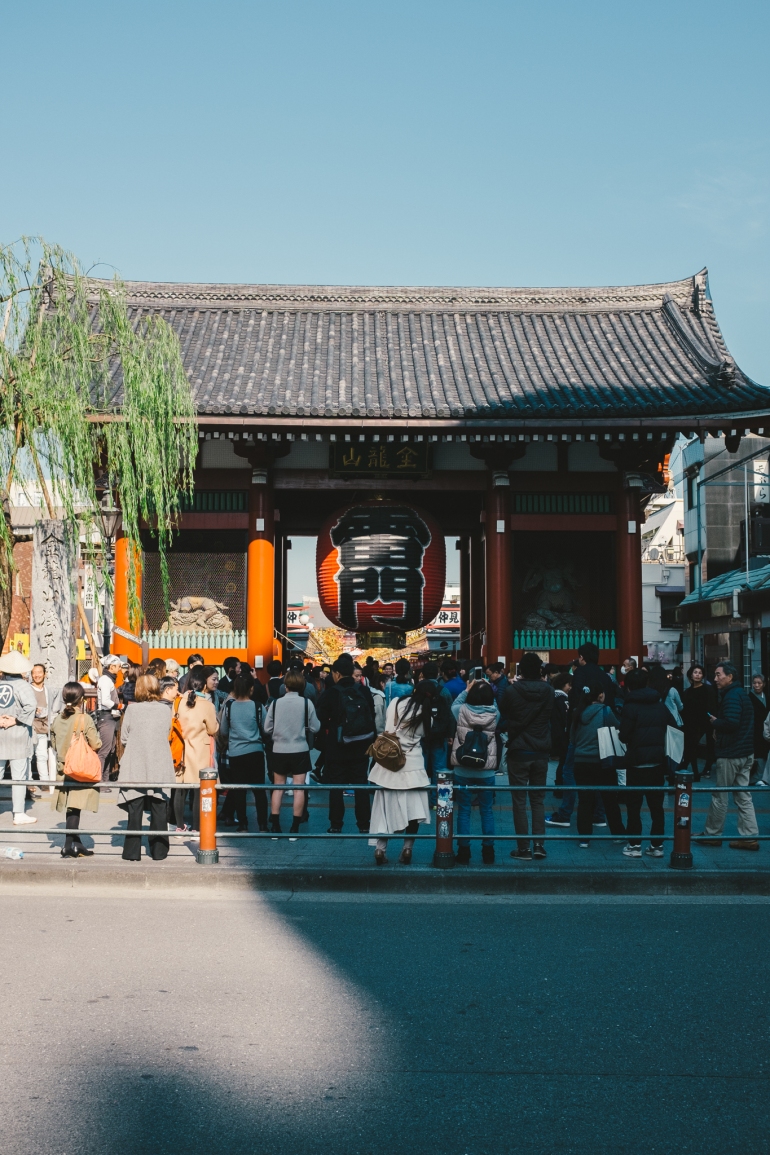 As we were ogling the beautiful surroundings, a couple of Japanese school kids came up to Mark and myself and asked if they could practice their English on us. They were so visibly nervous, and reading off a script that they must have come up with in class. Afterwards, they gave us hand drawn maps. It was ADORABLE!

It’s clear that the area definitely plays to its tourist clientele. The street leading from the Kaminari Gate to the Sensoji Temple is filled with shops selling all manner of souvenir goodies and food: samurai swords, keychains, trinkets, kawaii plushes, green tea ice cream, ramen, etc. 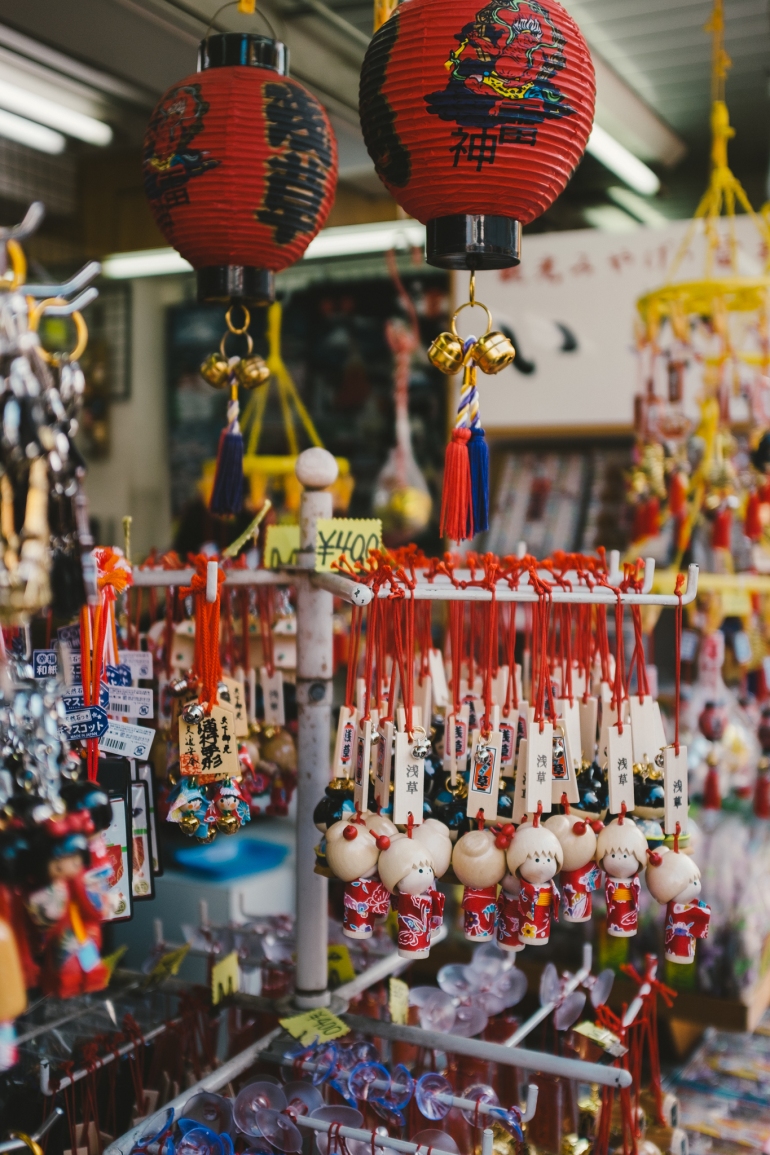 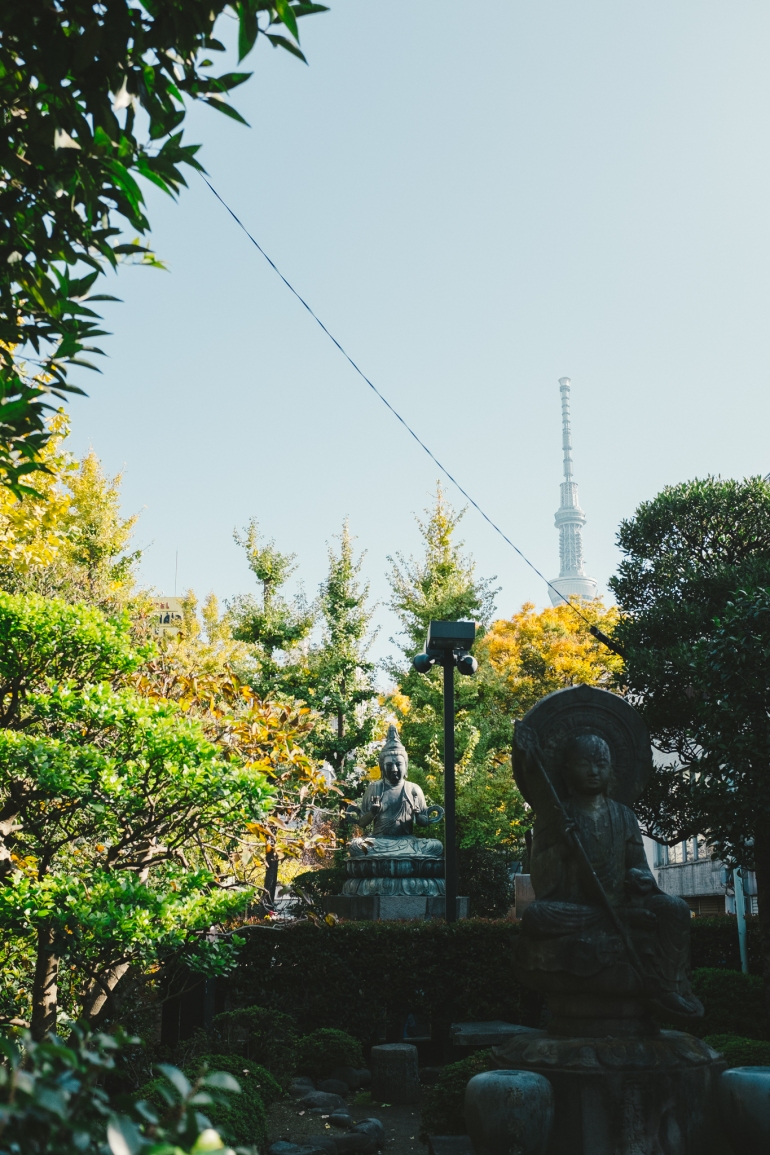 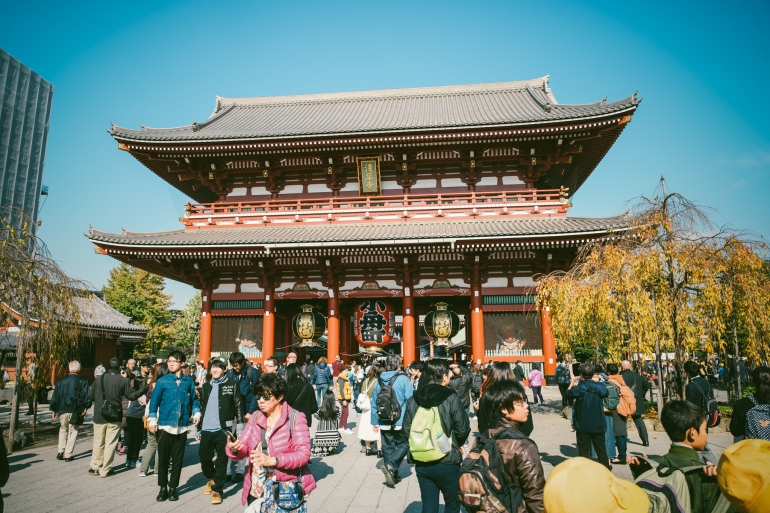 The Sensoji is Tokyo’s oldest temple, and one of the most popular Buddhist icons in the city. In truth, I’m not a very spiritual person. That said, it was hard not to be taken by the beauty of the temple.

The temple features a large incense burner in front of the main hall, where visitors can bask in the smoke and “purify” themselves. There’s also an area where you can donate a suggested 100 yen and receive “o-mikuji” – small, random fortunes written on paper.

We didn’t spend much time inside the temple itself (so crowded!) but we greatly enjoyed the surroundings. 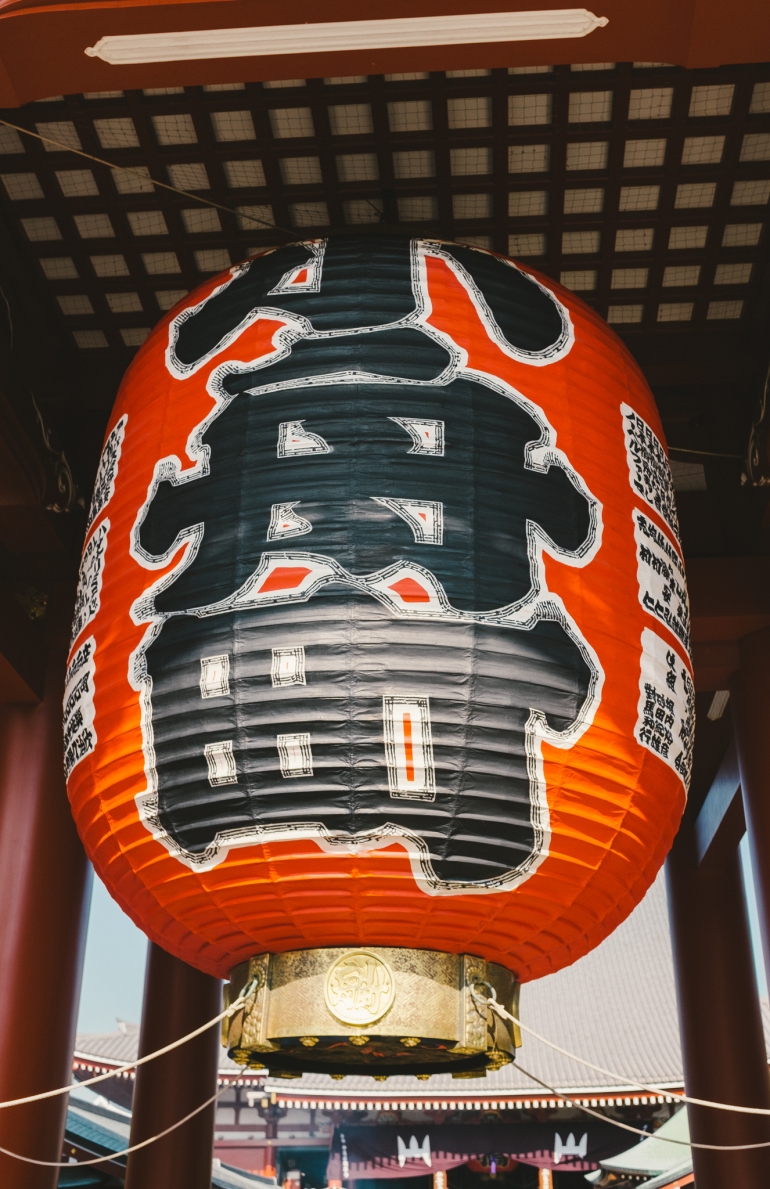 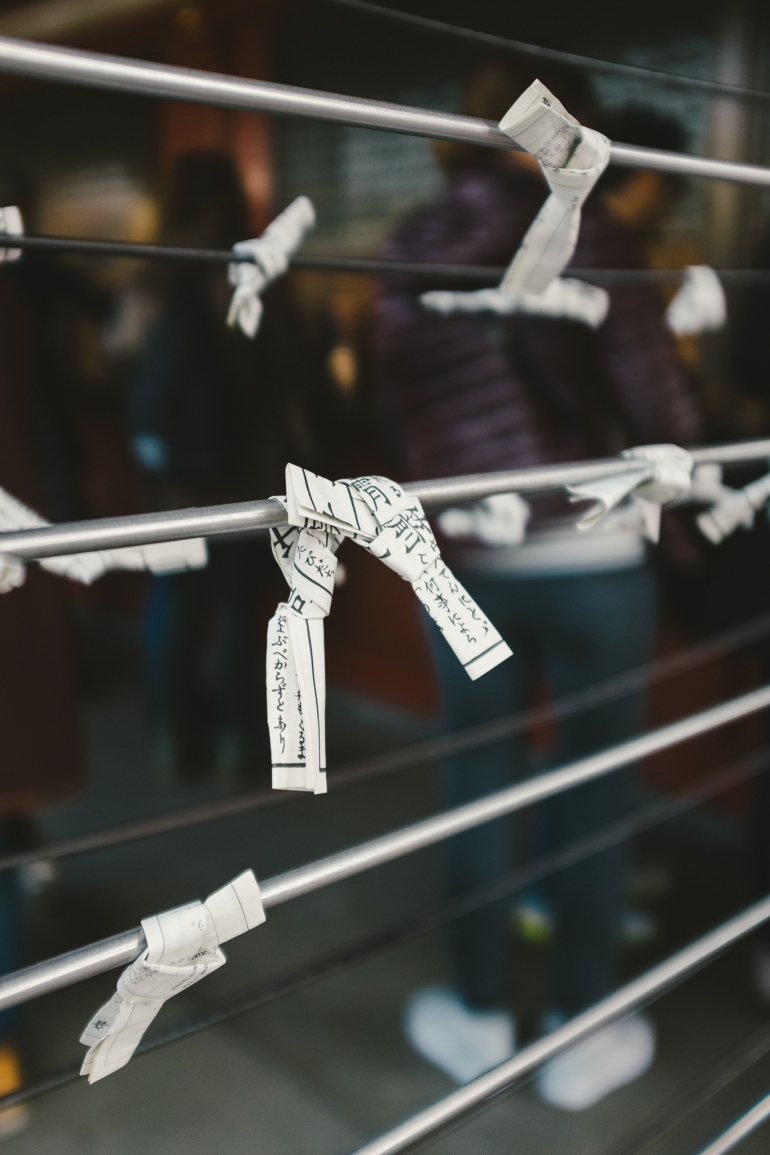 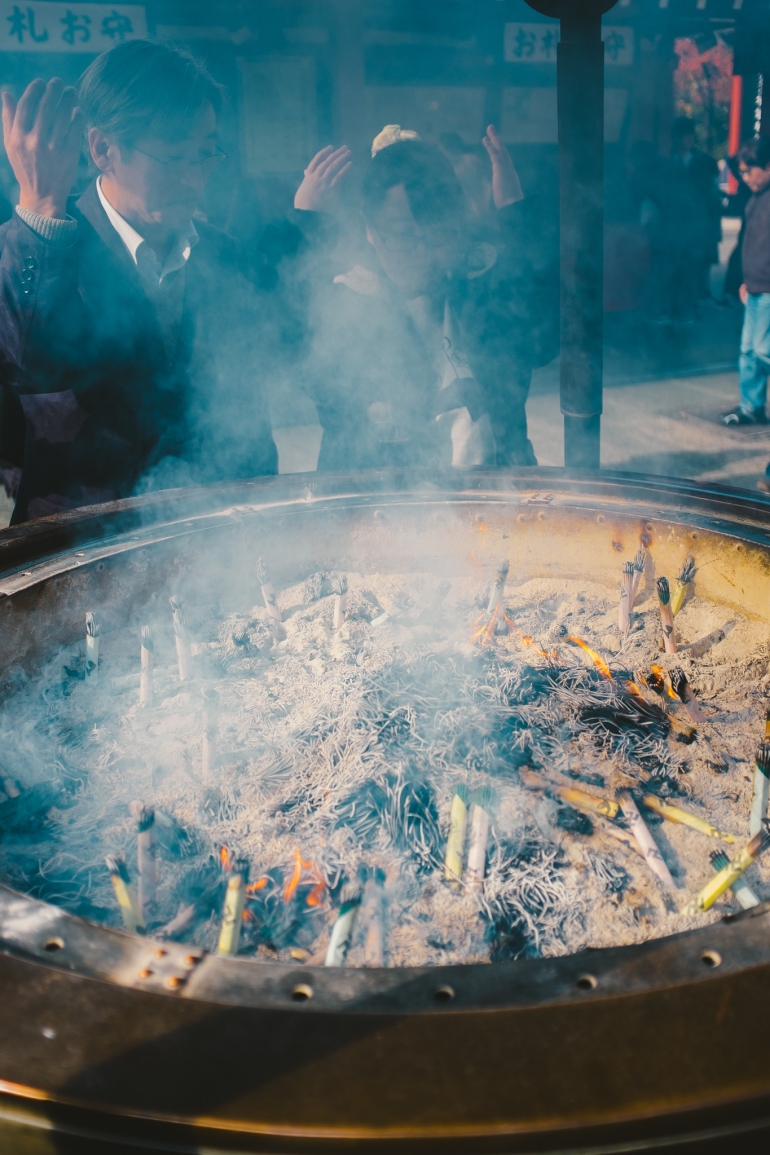