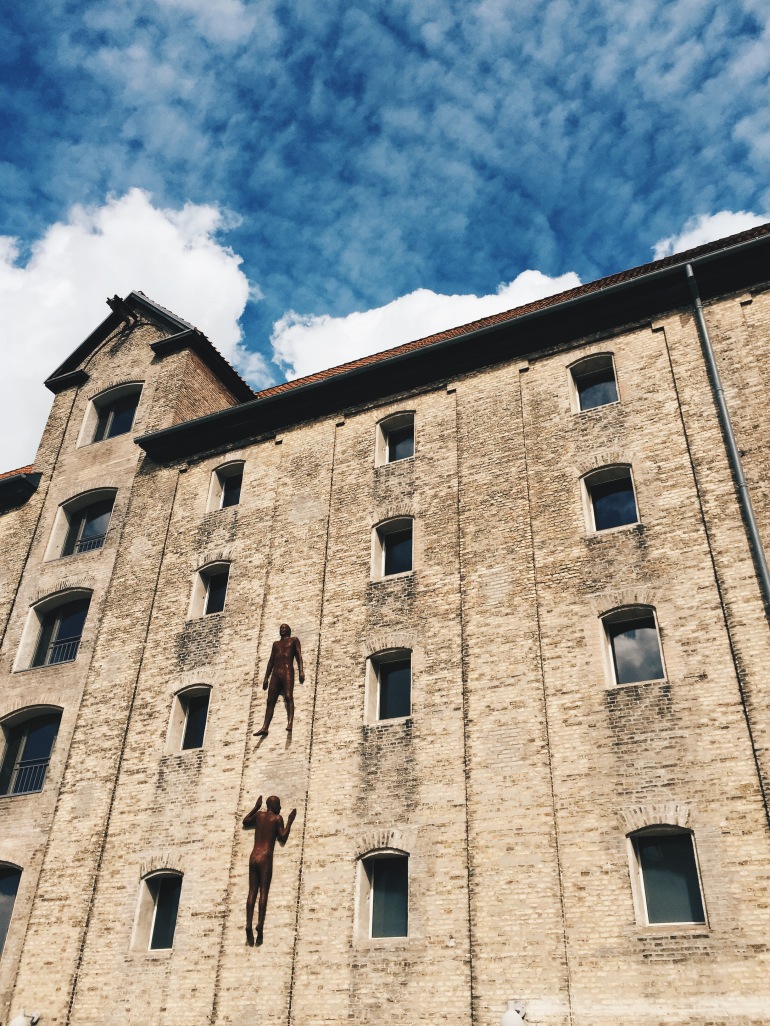 Well, I survived the info dump that was Orientation Week.

And with the weekend came Copenhagen exploration and good, cheap(ish) food. It really started out at Papirøen or “Paper Island,” a warehouse in the Christianshavn neighborhood of Copenhagen, filled with a ton of different ethnic food stalls and vendors. I explored the area with a few classmates from my master’s program. The group of us are all international students (from Germany, the States, Britain…) so we all have a shared sense of “Oh hey, I don’t know anyone here and everything is new and scary so let’s be friends!” 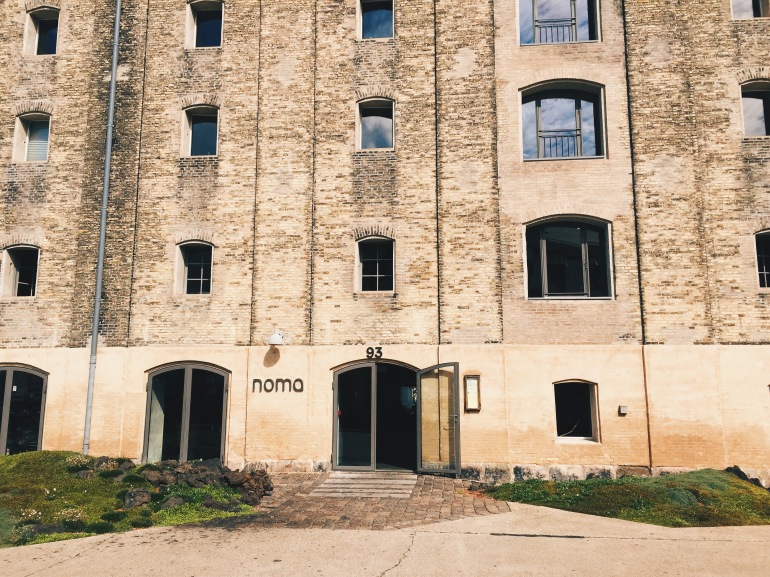 Starting out with lunch at Noma, the #1 rated restaurant in the world.

Ha. In my dreams.

That’s the Indre By (inner city) and Nyhavn across the way. 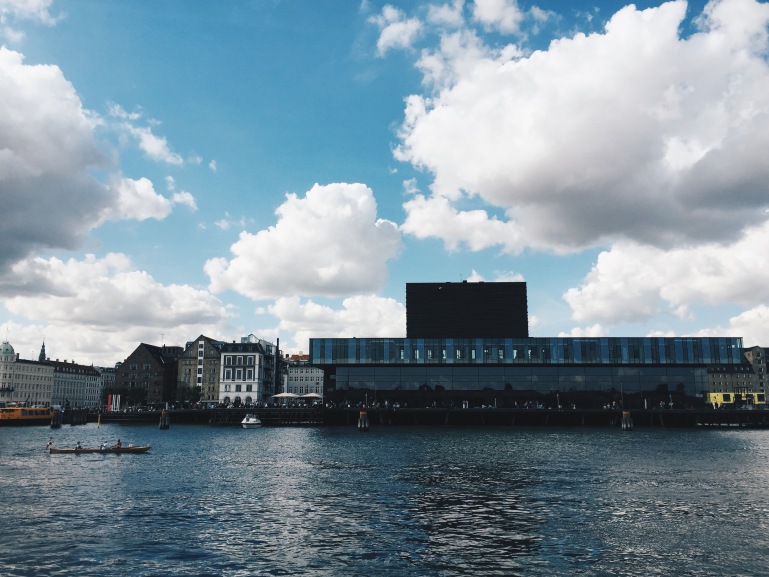 After nearly a full week of rain, the sun finally decided to come out and play. 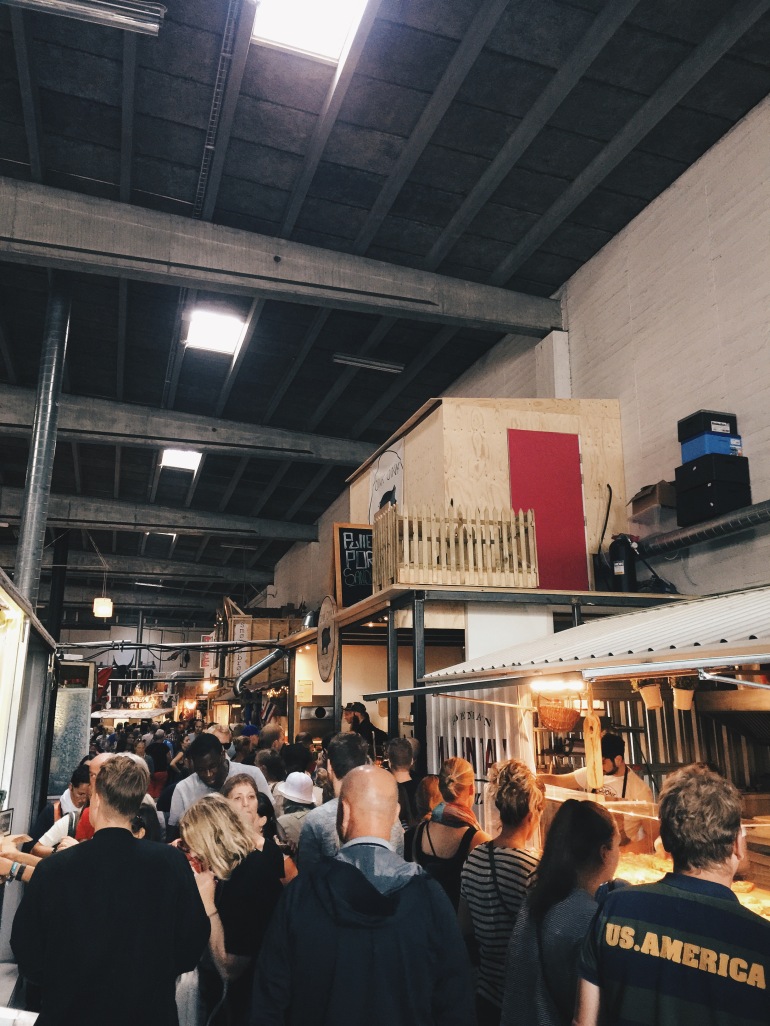 Inside was packed to the brim with food and people. 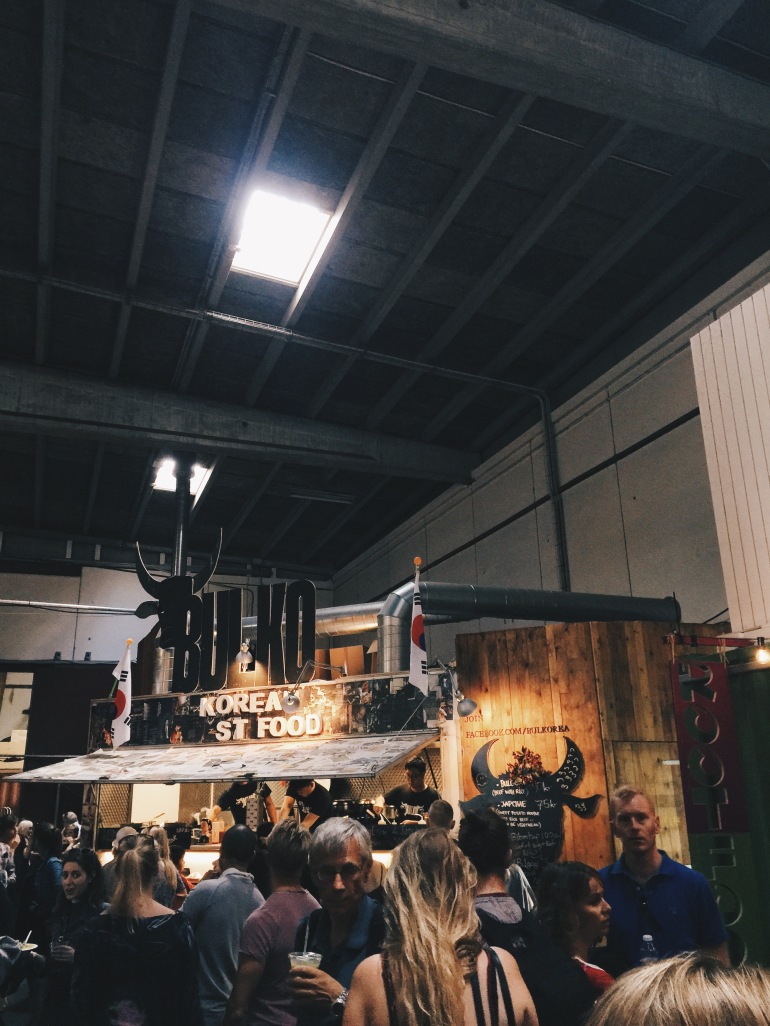 We did a swoop up and down the super crowded aisles, taking in all the food options (SO MANY). I wanted to eat everything. 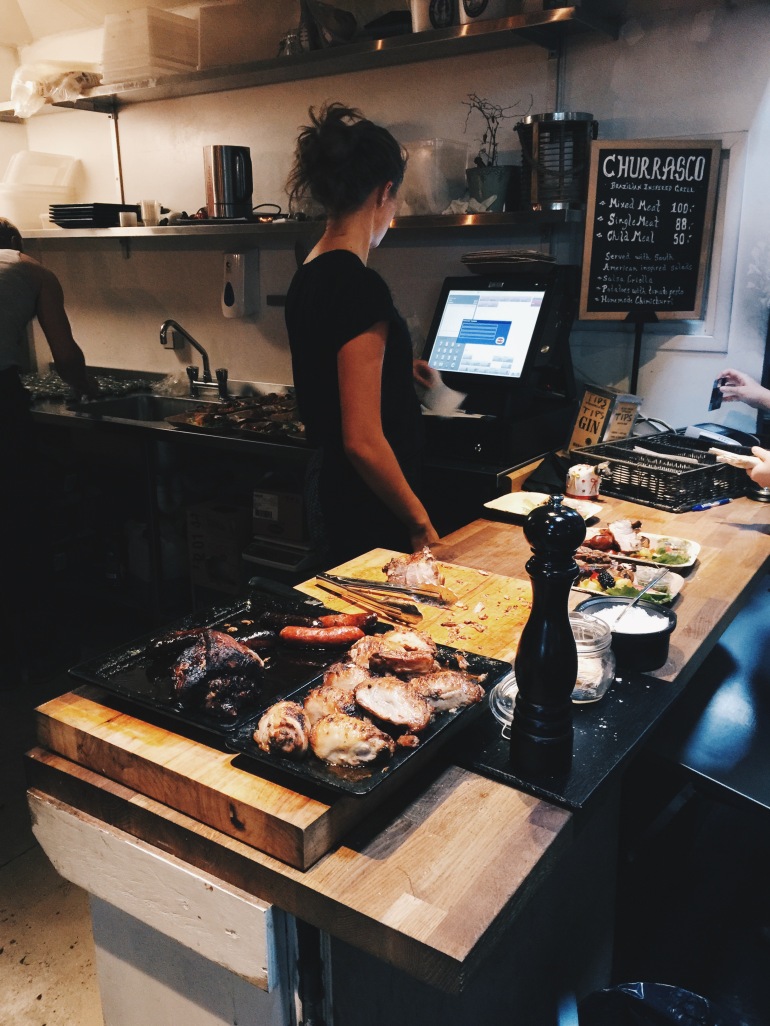 My friends decided on Korean (top) and South American (bottom).

I got a “burrito” with an egg tortilla, stuffed with veggies, pork, and tzatziki sauce. It was pretty dee-lish-ussss. 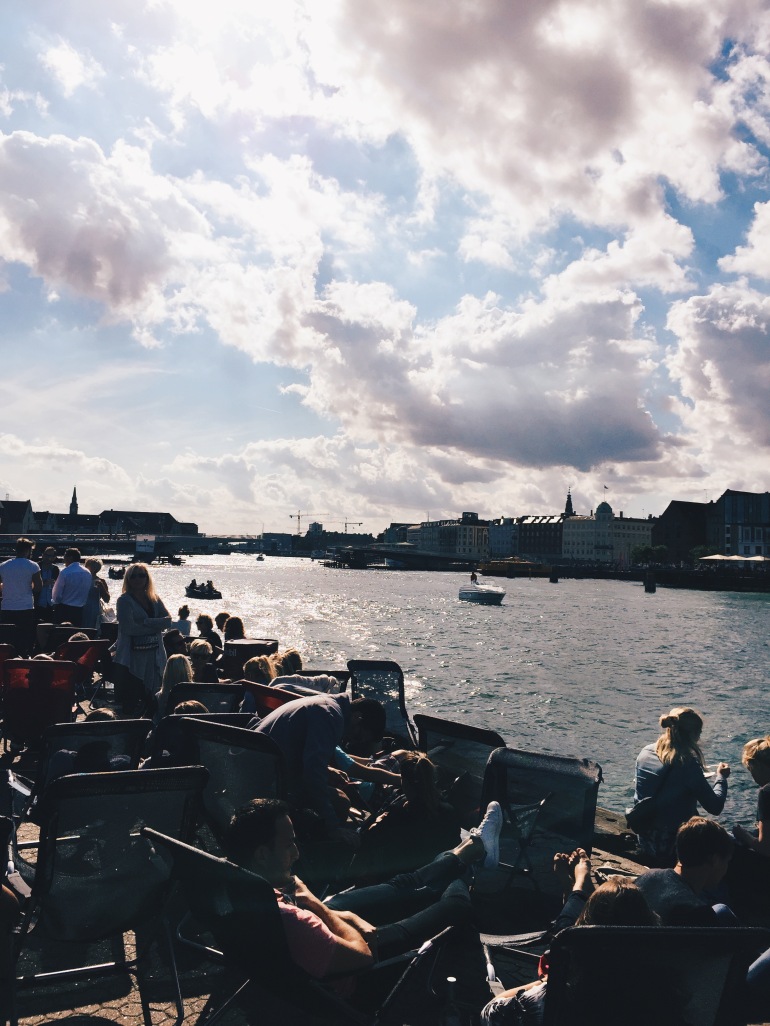 After we’d finished our food, we decided to join the other Copenhageners sun soaking outside. Cause when the sun comes out in CPH, you do too.

Ah, Vitamin D. How I miss you. After about an hour of shivering in the on-again, off-again sunshine (GDI, clouds!) we decided to pack up and make our way to Christiania. 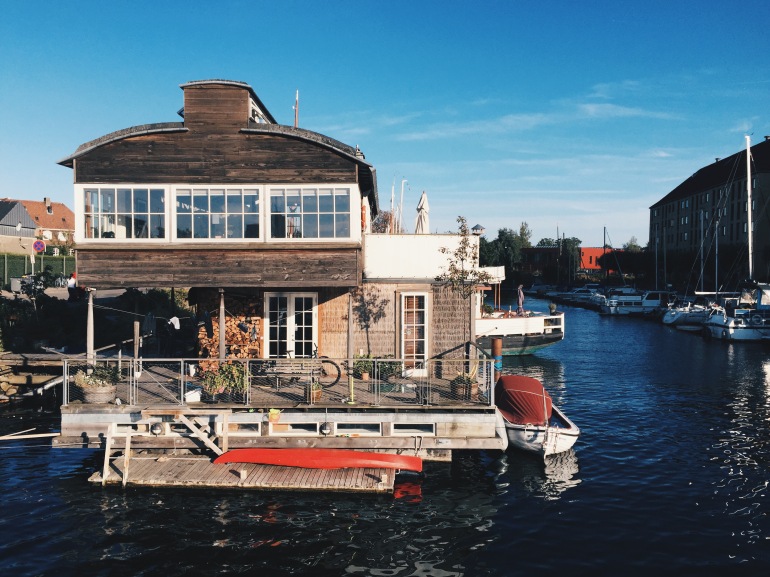 Saw this cute floating house on the way. Goals. 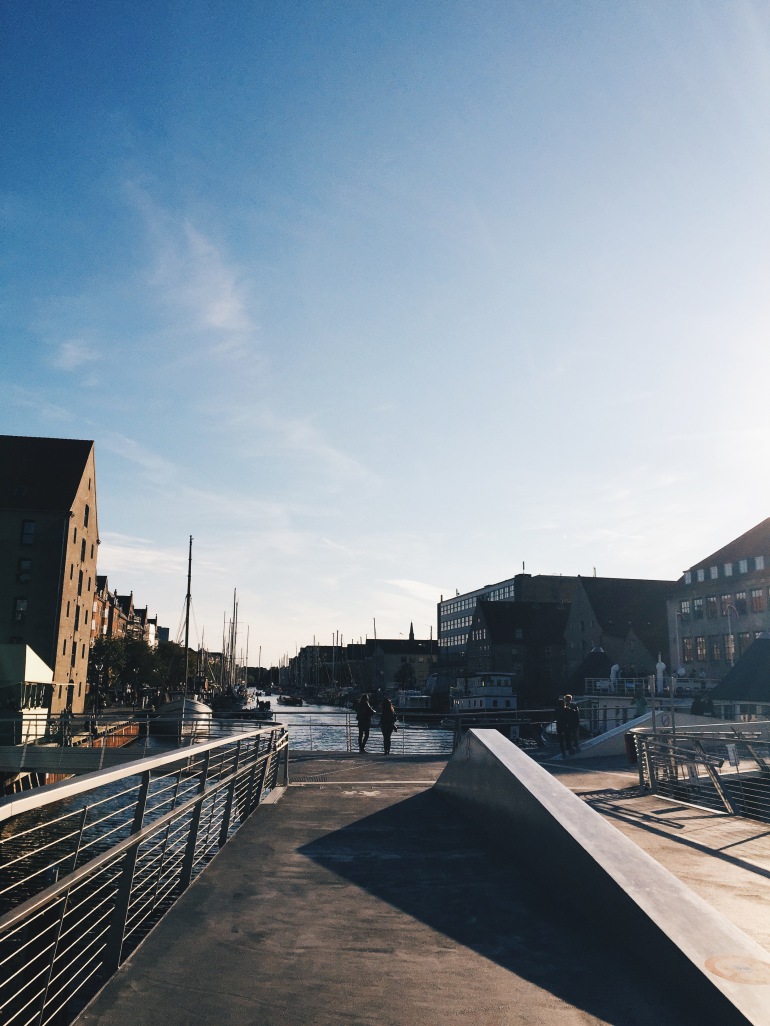 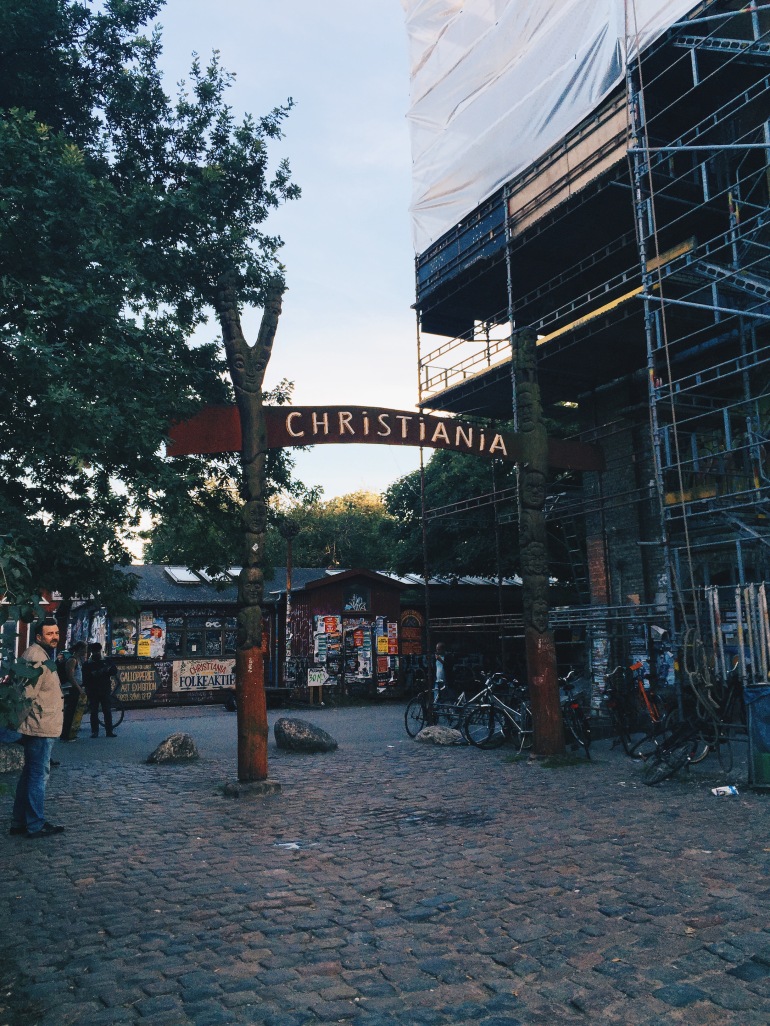 Christiania is… hard to explain. It started out as a sort of hippie commune in the 1970s, and has since become a self-proclaimed autonomous neighborhood within Copenhagen.

There are only two rules in Christiania: no running and NO photography.

Both are probably in place cause of what Christiania is most famous for: the cannabis markets along “Pusher Street.” Despite what some people tend to think, hash is actually illegal in Denmark. So, all of the stalls are covered in weird camo netting, and everyone’s wearing masks, and it’s all hush hush – even though everyone knows what it is they’re selling. They have semi-regular raids by the police, who kind of tolerate it and kind of don’t. It’s a very strange system, and I don’t really get it.

I hadn’t gotten lights for my bike yet, so I said “vi ses” to Christiania and my friends just before sunset, and made the 25 minute ride back to my apartment. 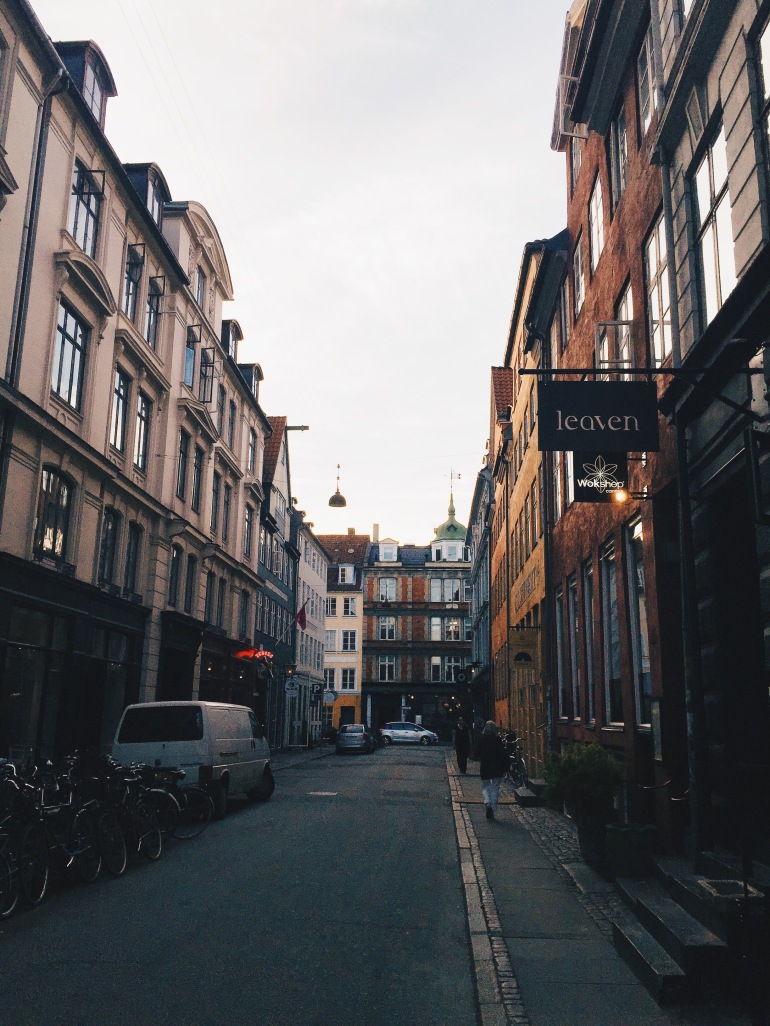 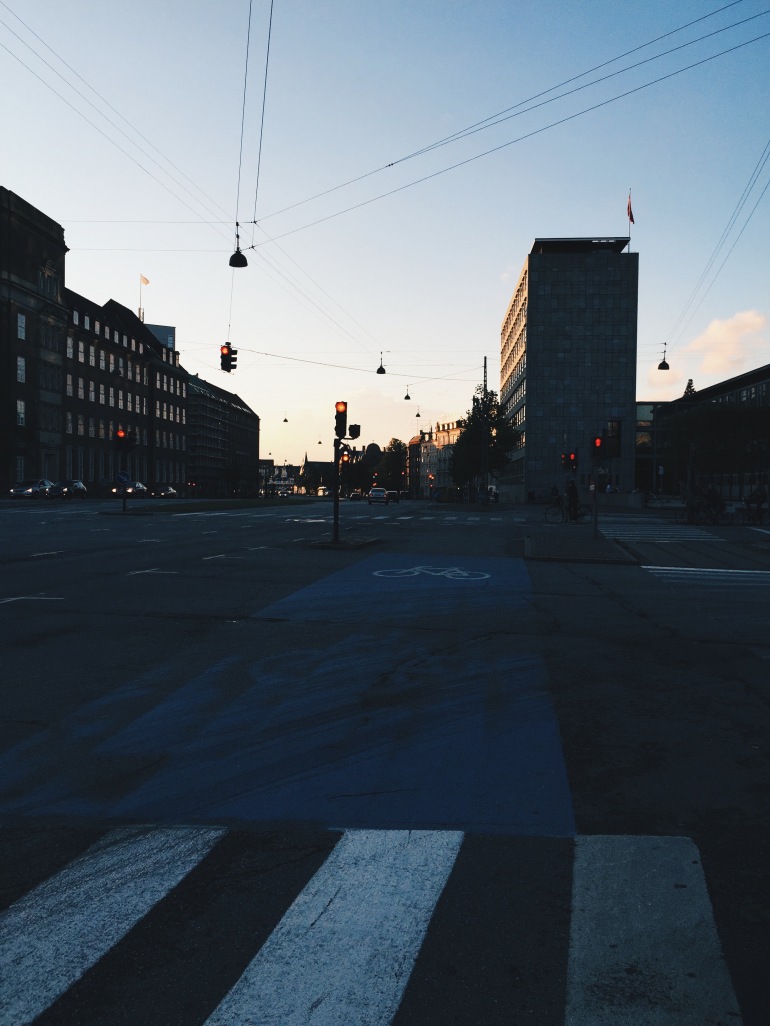 Sometimes the biking is not so fun (I’m looking at you, rain) but other times it just feels magical. This was one of those magical times.