Well, we’re just over a week into spring, so no time like the present to talk about the frozen fun we had at Yosemite National Park back in early February.

Despite being a California native, I’ve only ever been to Yosemite once before — back in the late spring of 2015, when I hiked Half Dome with Mark. I was wowed by the beauty of Yosemite then, but seeing it dusted with the frosty white stuff added yet another layer of magic to the already majestic park. 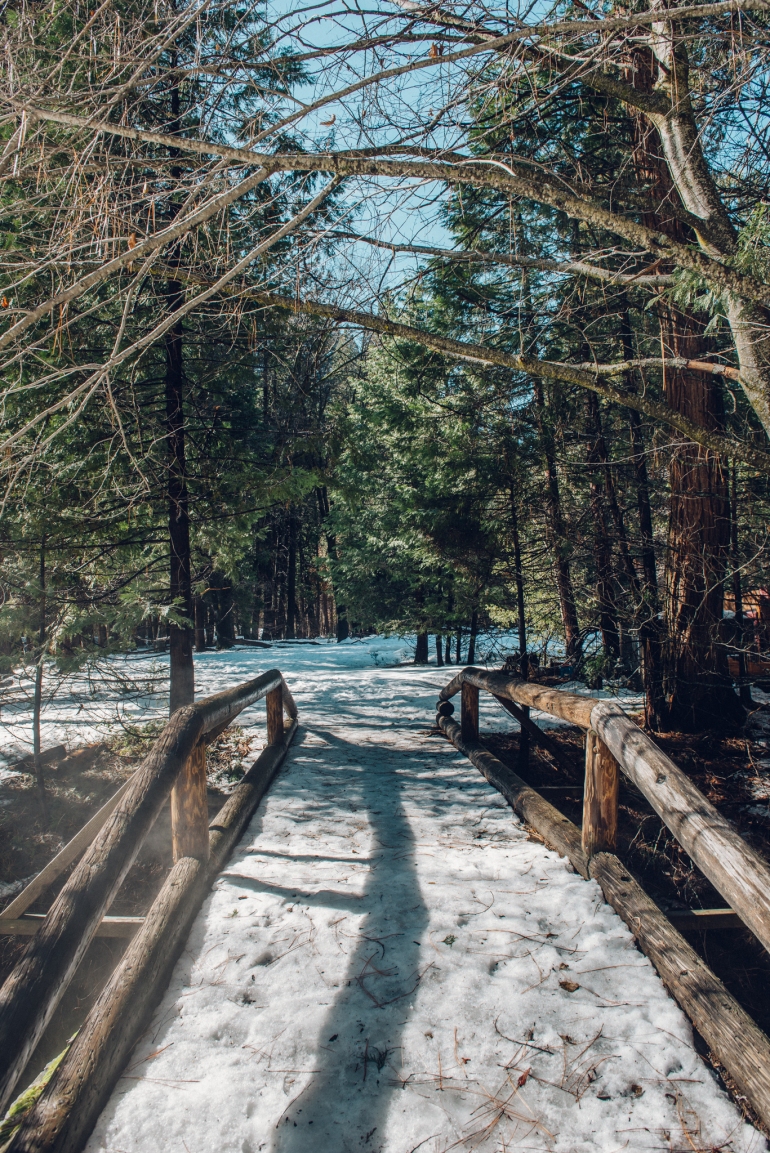 We were only in the area for two nights, so we really tried to make the most of it. After waking up at the Majestic Yosemite Hotel (aka The Ahwahnee), and eating breakfast in the grand dining room, we donned our hiking boots and made our way out on the trail. 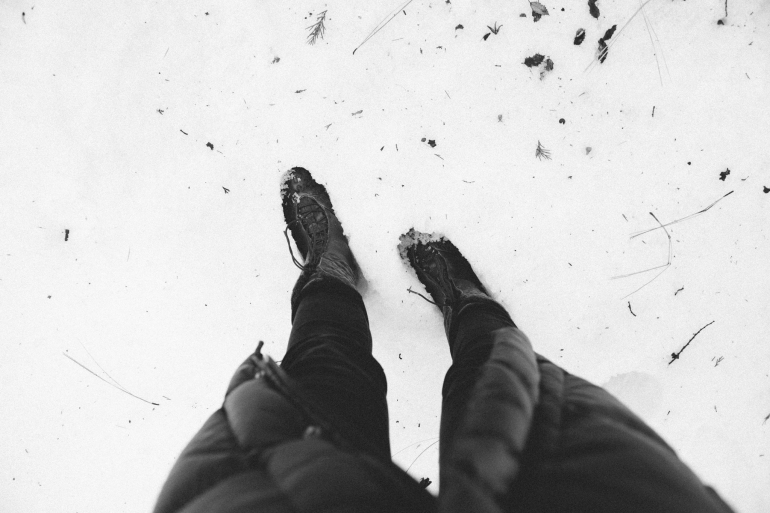 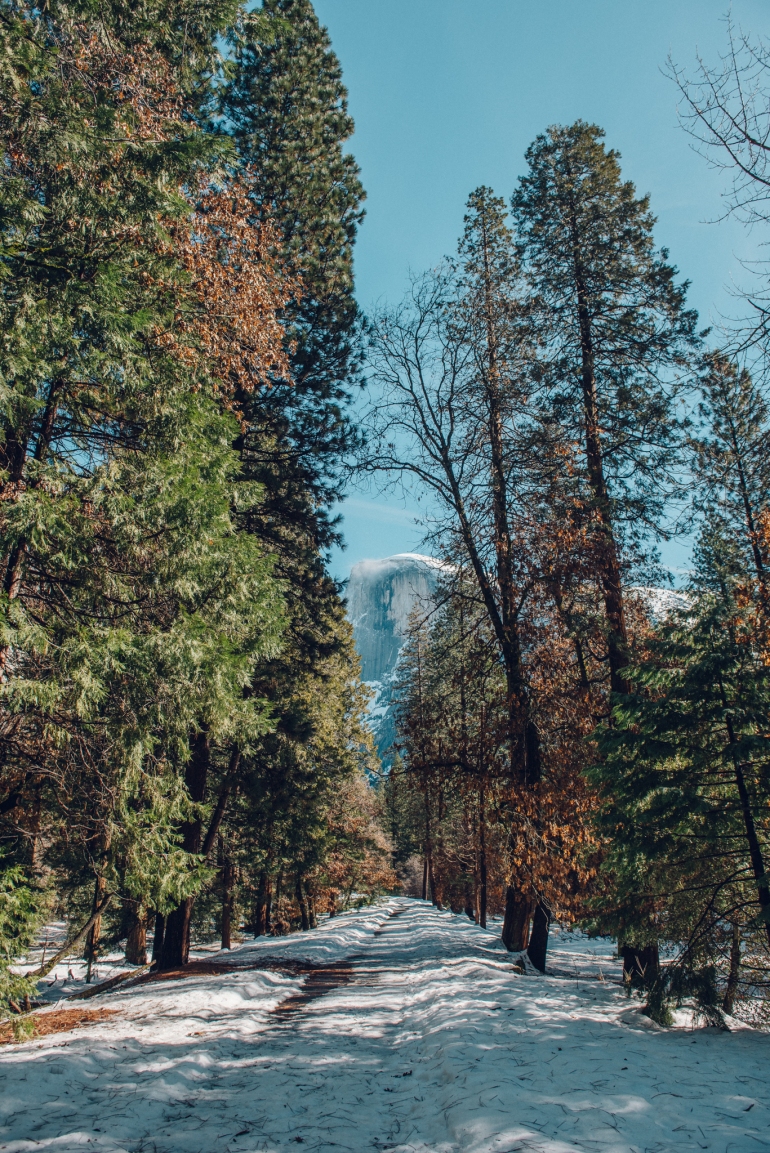 Look at these steaming trees! Big question mark on the science behind why some of the trees were smokin’ and others were not — maybe something to do with the moss growth? I’m sure Google has the answer, but I think I’ll just leave it a mystery and marvel in the wonder of nature. 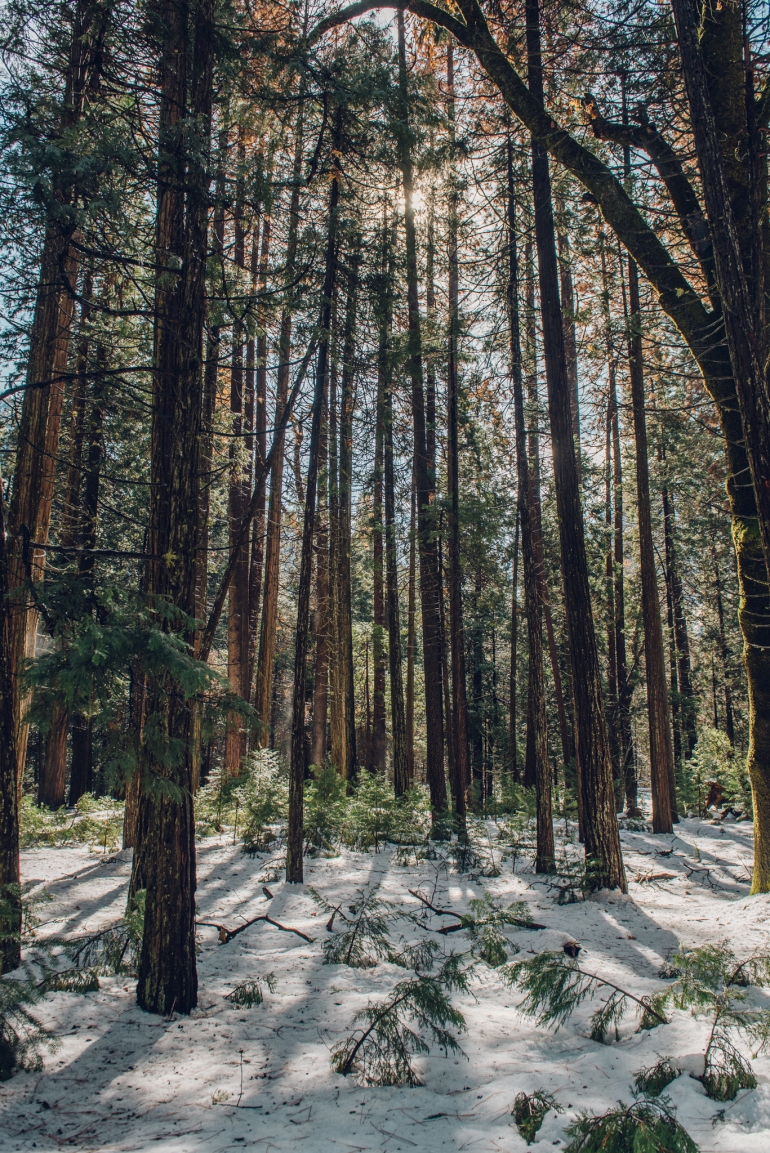 A lot of trails close down in the winter months (snow + granite + waterfalls = slippery = falling = death, basically) but we were able to do the relatively short, flat, and easy hike from the hotel to Mirror Lake. 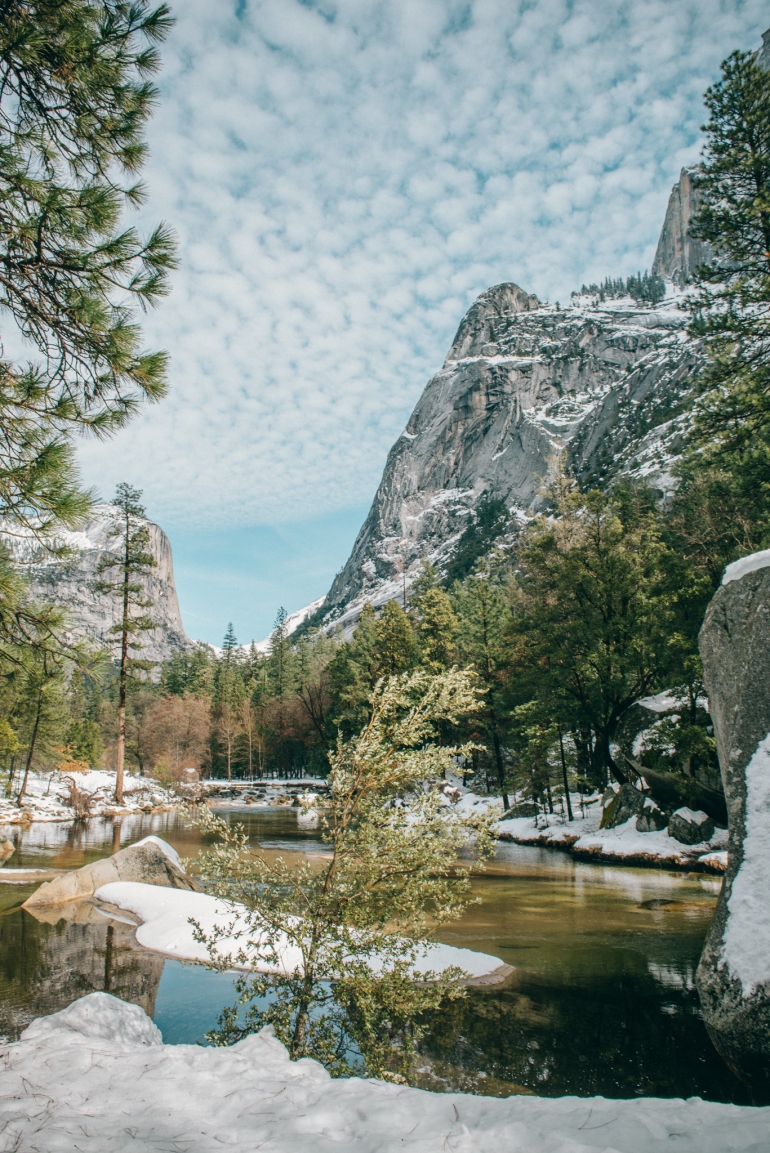 For the most part, the hike was empty and serene. But then we got to the actual lake and it was people x people x people. I had to stop and admire the general stupidity of humankind… here we have some parents who’ve decided to park a sleeping baby in her stroller on the ice while older kids attempted to crack through to the water.

Ever read the book “Off the Wall: Death in Yosemite”? The tragedies usually start with something as seemingly benign as this…

Anyway. Here I am being an equally smart human, climbing to the top of a big rock for a photo. 😉 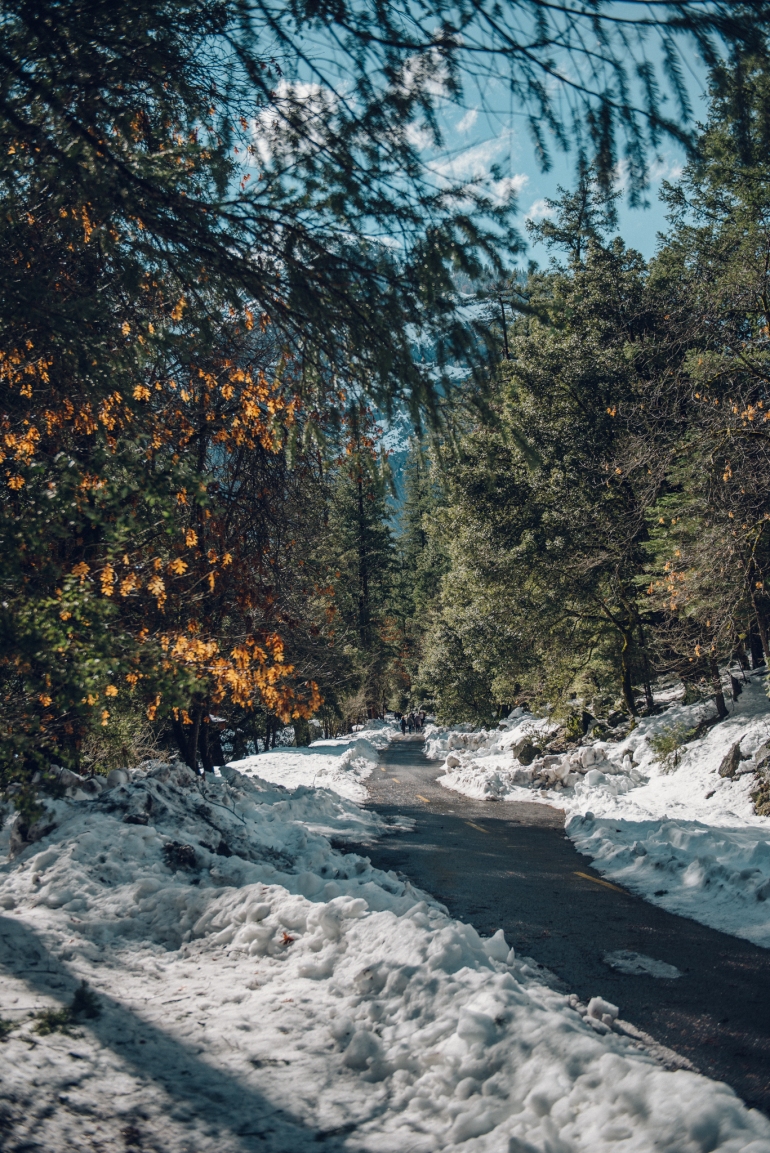 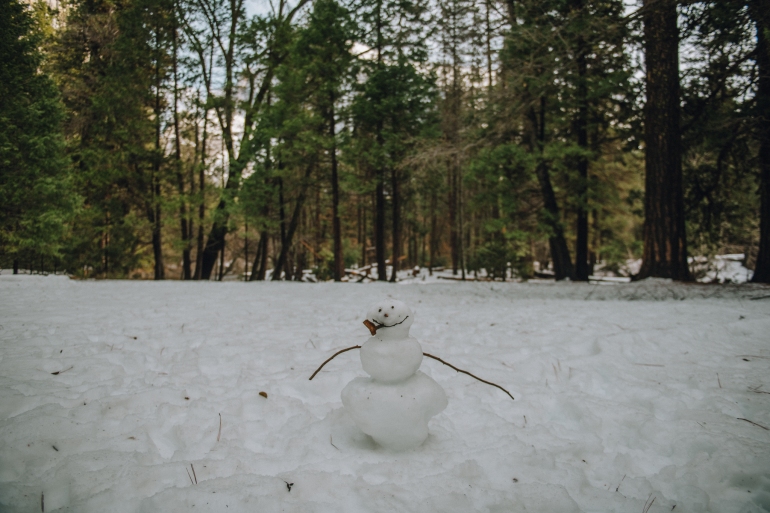 We made it back to the hotel a couple hours before sundown. There were talks of doing another hike to Yosemite Falls, but once we got cozy in the comforts of the sun room we decided to relax instead. 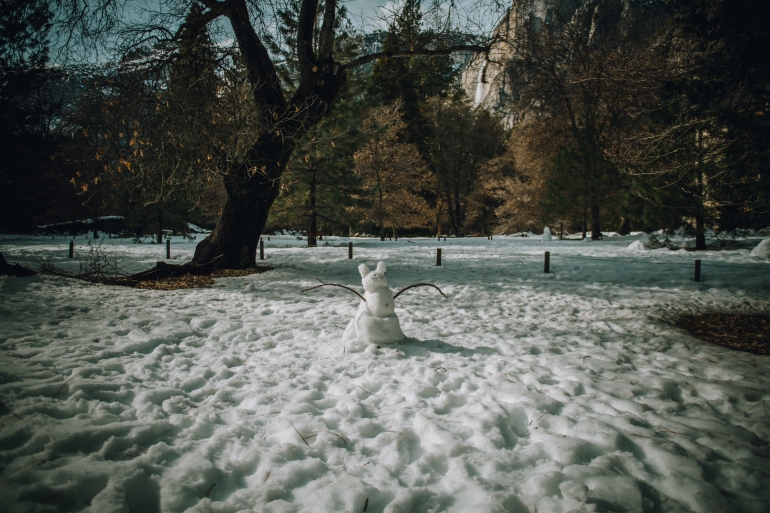 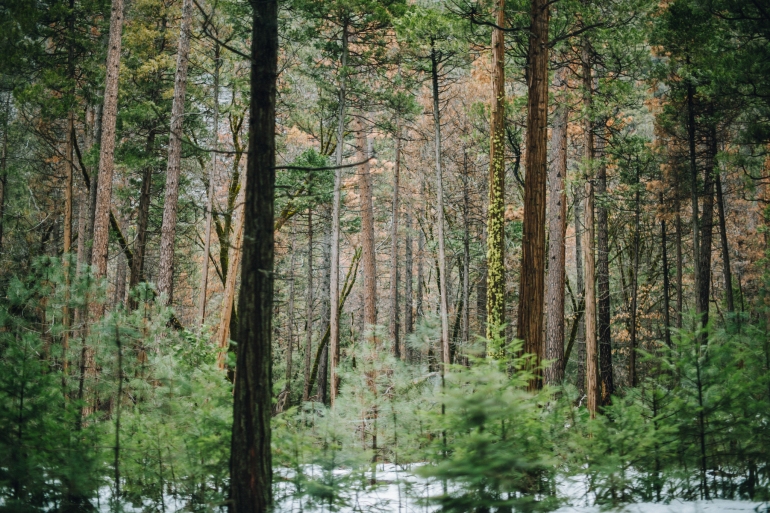 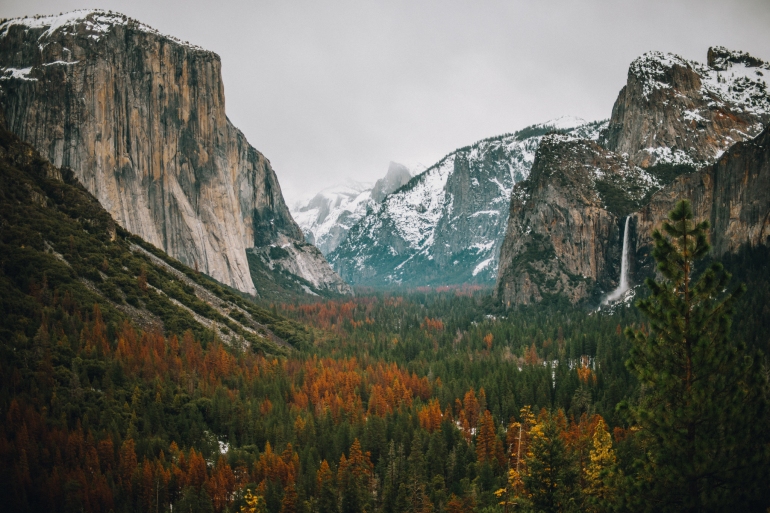 It was a short-but-sweet kind of adventure, but sometimes those are the best kind. Being a city kid at heart, there’s something extra special about breaking away from the concrete jungle to take refuge in Mother Nature’s marvels for a bit.

Plus, snow? Forever and always the most magical thing of all.