My flight out of Amsterdam back to Copenhagen was scheduled for 3pm. My Grandma’s flight back home to the States was at 1pm, so the two of us took a taxi to the airport around 10am. Her flight was out of a different terminal, so we had to do all the huggy kissy I’m-gonna-miss-you stuff before security.

Since I was at the airport pretty early, I hung out in the lounge, took advantage of the wifi and worked on a paper for one of my classes that was due the next morning.

At around 2:15pm, just as I was about to head down to the gate to start boarding, I got an email from KLM saying – essentially – “Hey! Your flight was cancelled. It’s too foggy out. Bummer.” Cut to me standing in the line of the century (we’re talking Disneyland status) with all the other people who’d had their KLM flights unceremoniously cancelled cause of the ever evil low-hanging clouds. (I guess my Grandma’s flight got out just in time.)

I ended up getting rebooked on an SAS flight to Copenhagen at 7pm (thank you, Mark!) so I popped out of line and went back to the lounge for another few hours. Things were looking up! But then – *SPOILER ALERT* – that flight was cancelled too. And the earliest flight I could get rebooked on wasn’t until the next afternoon. Another night in Amsterdam, all by my lonesome. What a joy.

Cut to me, lugging my stuff on the creepy late night train, heading back towards the city center.

Mark had worked his magic, all from way from LA, and got me a room at the W Hotel. It was only a 10 minute walk from Amsterdam Centraal Station, but it felt like forever. It had been over 12 hours of travel limbo and I was the Grump with a capital G.

The hotel was nice and dreamy, though. A nice consolation I suppose. 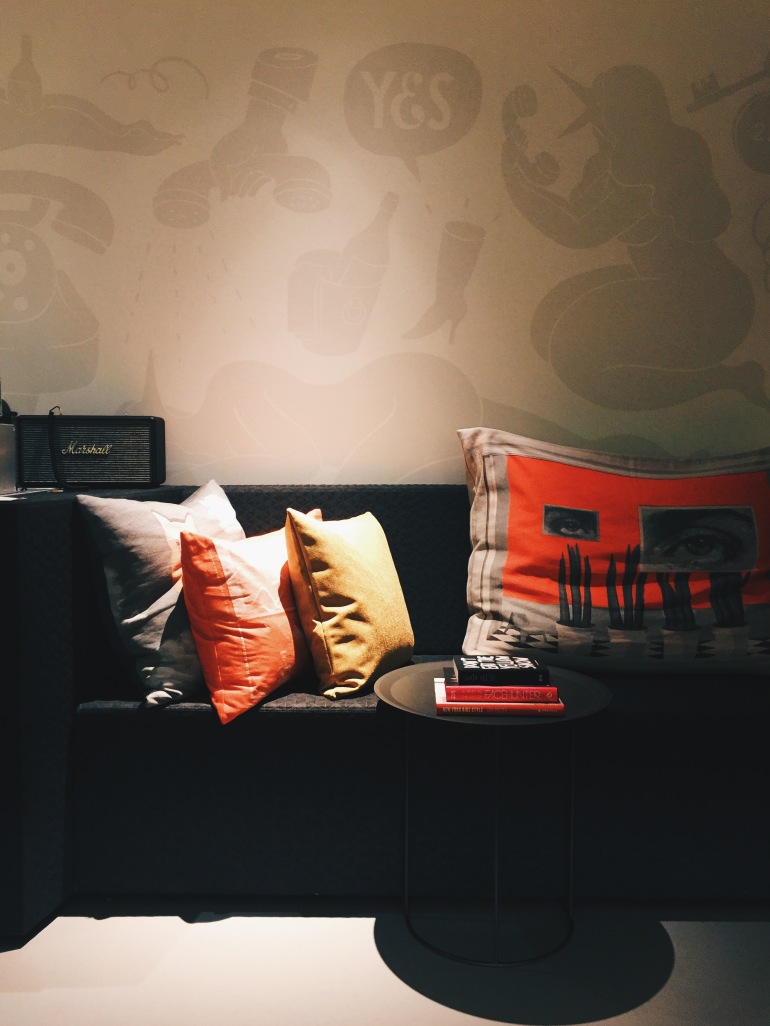 (^ Words of wisdom from the hotel coffee table.)

That’s the shower over in the corner…

Behind these snazzy shades exist…

The night ended with room service – french fries, wine, and a big fat club sammie. Cause food makes everything better.