I’ve had a Tokyo Disney Merch Haul on the blog back burner for a good long (long, loooong) while. I did manage to get my Tokyo Disney Stationary Haul up a couple months ago. Baby steps! (I know, I know — how ridiculous is it that I bought so much stuff in Tokyo that I had to separate things out into two hauls?)

Well, I’ve had a ton of free time this week (that awkward space between Christmas and New Years is the best, ain’t it) so I was going to use this post to finally show you the rest of what I bought last year at the Tokyo Disney Resort.

And then I went digging through my Tokyo Disney photos…I totally forgot that I took a ton of pics documenting the epic TDR shopping situation — pics that, for some reason, I never got around to posting. So, let’s consider this the brief preamble to my Tokyo Disney merch haul: a little dive into the crazy world of Tokyo Disney hats, popcorn buckets, keychains, crossbody bags, stationary, and so much more.

Take a gander at all these shops, all this merch, and you’ll understand why Mark and I had to buy two separate carryon bags to cart everything home. 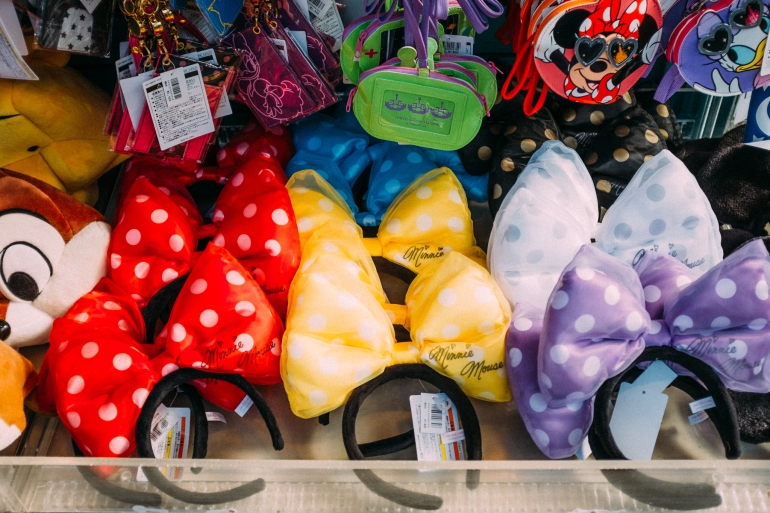 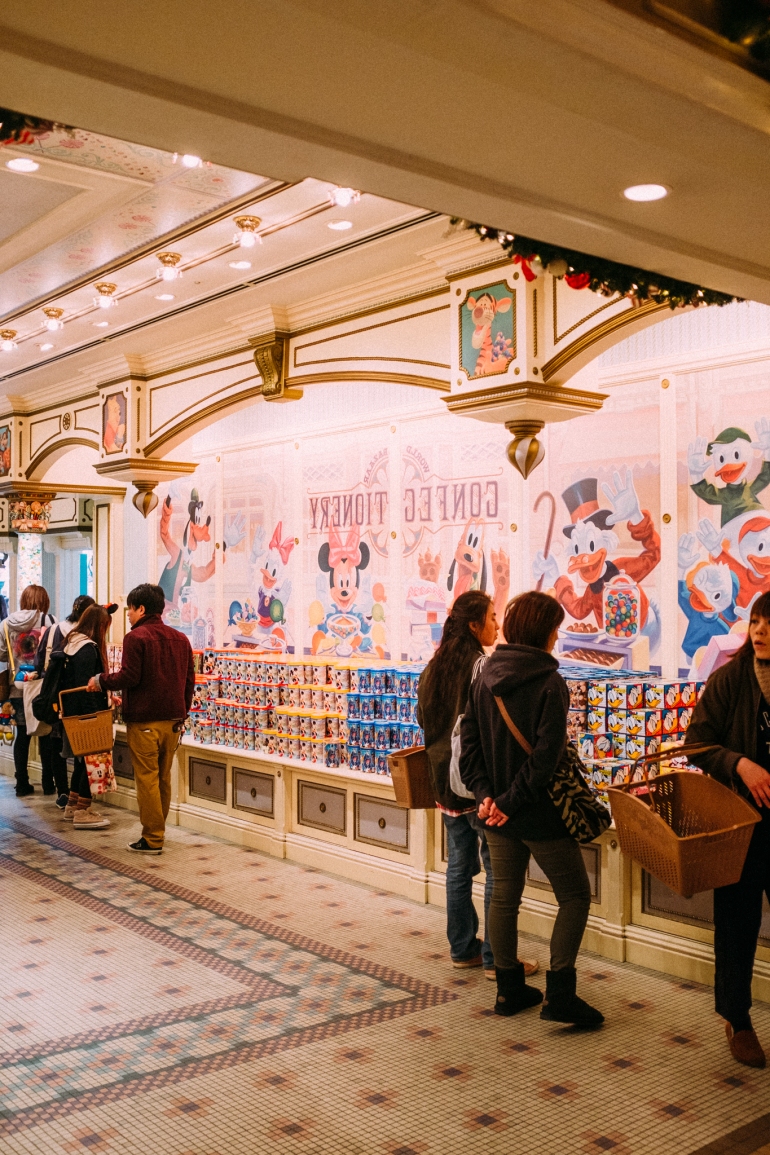 Ok, can we just stop a second to appreciate the fact that the shops inside Tokyo Disneyland have baskets!? They know you’re going to end up buying a metric crap ton of goodies, so they got ya covered with handy-freaking-dandy grocery store type shopping baskets. I LOVE THIS PLACE.

They also have a bunch of different themed snack foods that come in decorative boxes and tins. Everything we tried was delicious — not too salty, and definitely not too sweet (the Japanese aren’t big on sugar like we are in the States, and everything is way more palatable). 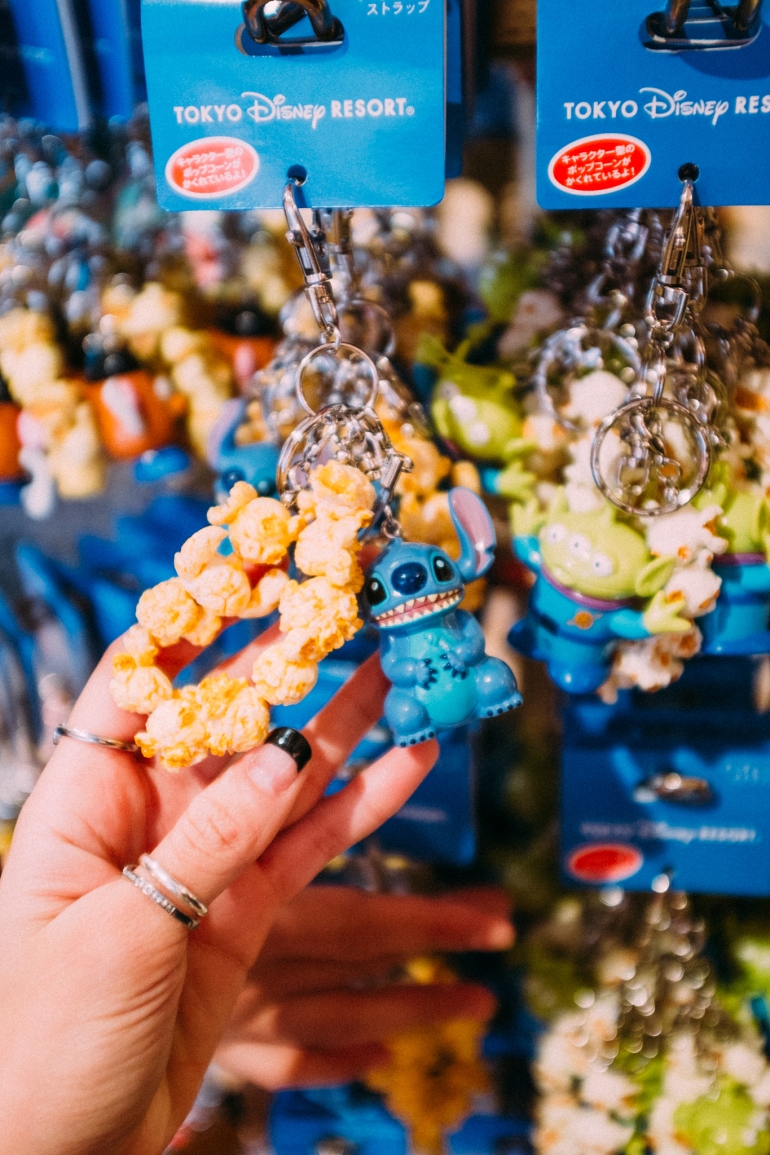 And, of course, they had a ton of merch themed to their world famous park snacks. 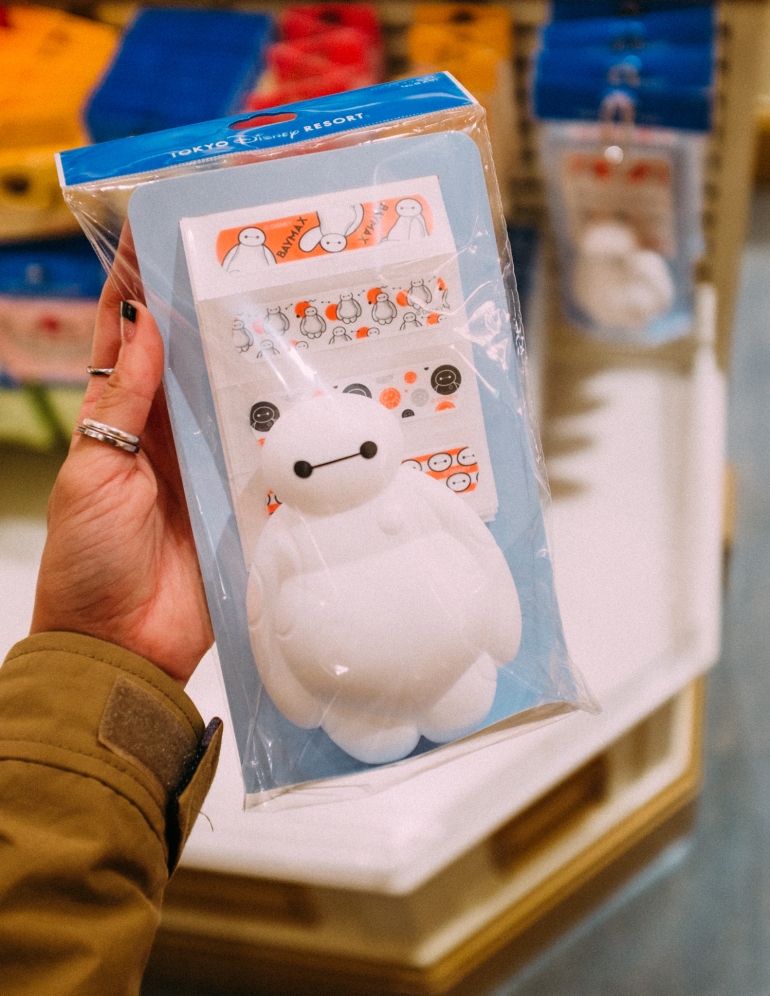 This was just a tiny sample of all the amazing character crossbody bags that Tokyo Disney has to offer. I think we came home with at least 6. 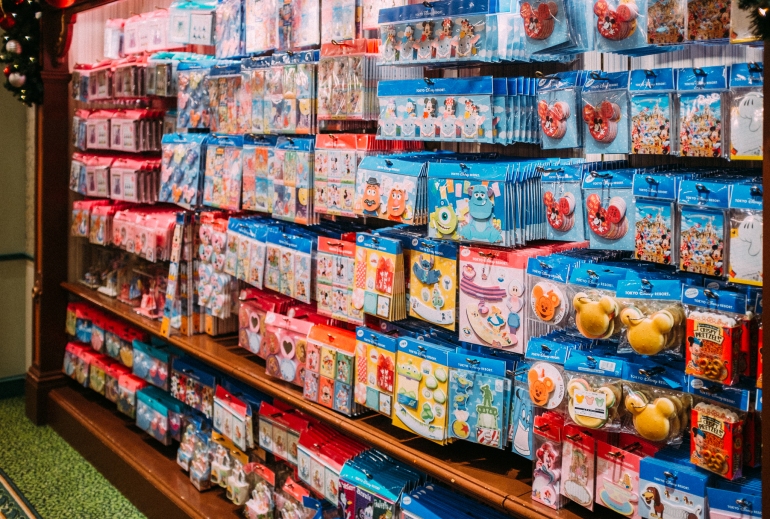 I know that there are a lot of independent sellers that will buy things in the parks for you and ship them to the States, but it’s really hard to justify the cost when you know first hand how much they’re marked up. Most of the TDR stationary is super reasonably priced (around $4-$10 USD) and I’ve seen some of the same items go for $40-70 via resellers on Instagram — not including shipping!

And those crossbody bags in the photo above? They were, on average, $15 a pop. I’ve seen them being sold for $50-80+ by resellers on Instagram. Yikes. I get that it’s the only option for a lot of people who can’t make it out to Tokyo themselves, but just be aware that you’re paying way, way, way more than sticker price. 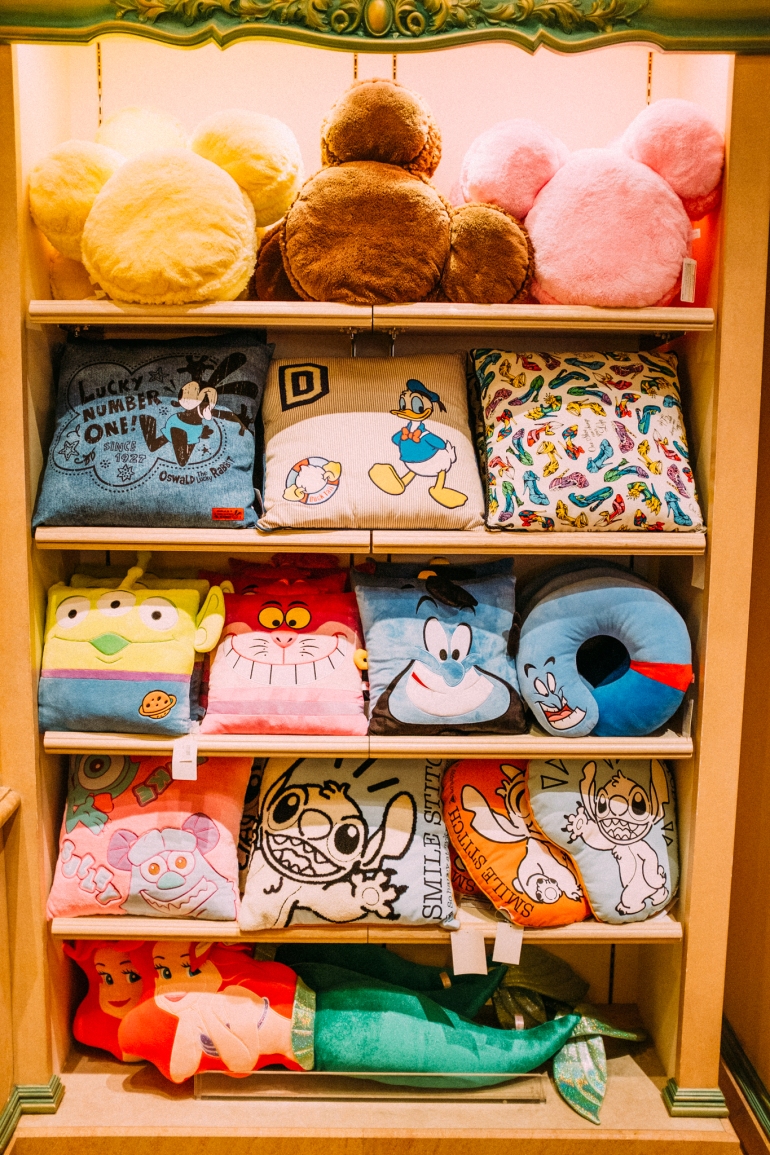 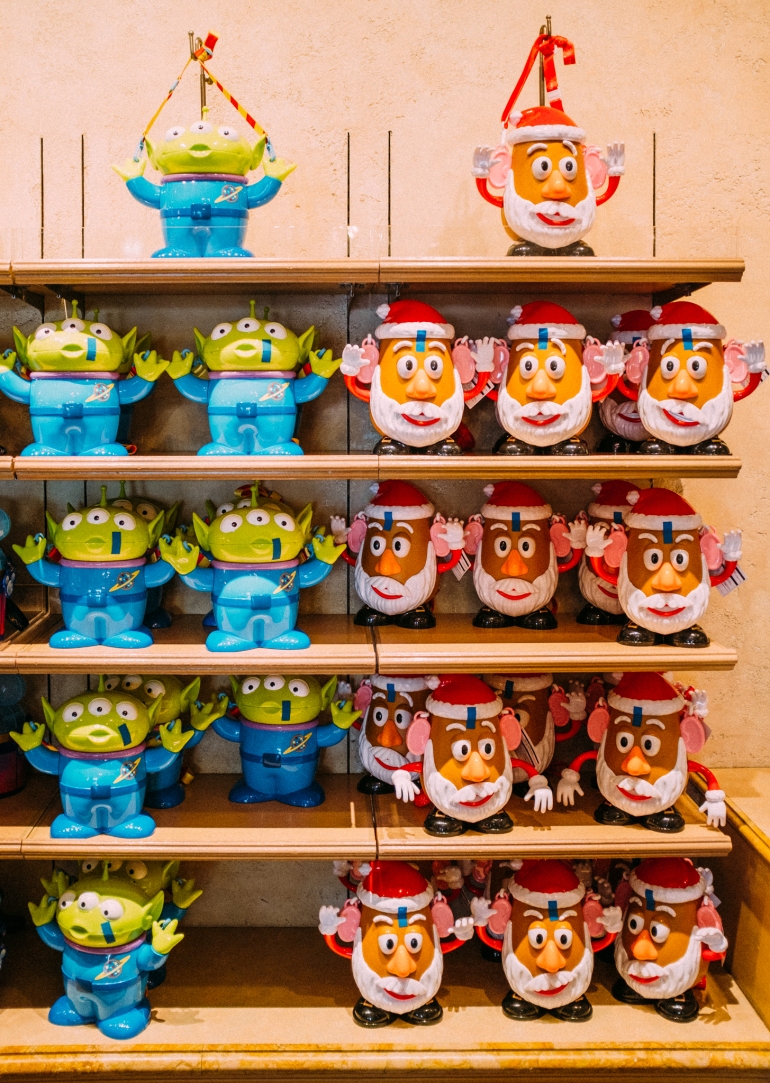 Ah, the illustrious Tokyo Disney popcorn bucket — just as good as the (epically flavored) popcorn itself. We came home with four of these: one Santa Mr. Potato Head, two BB-8s, and one R2-D2.

Any guesses on what these are? Hmm? 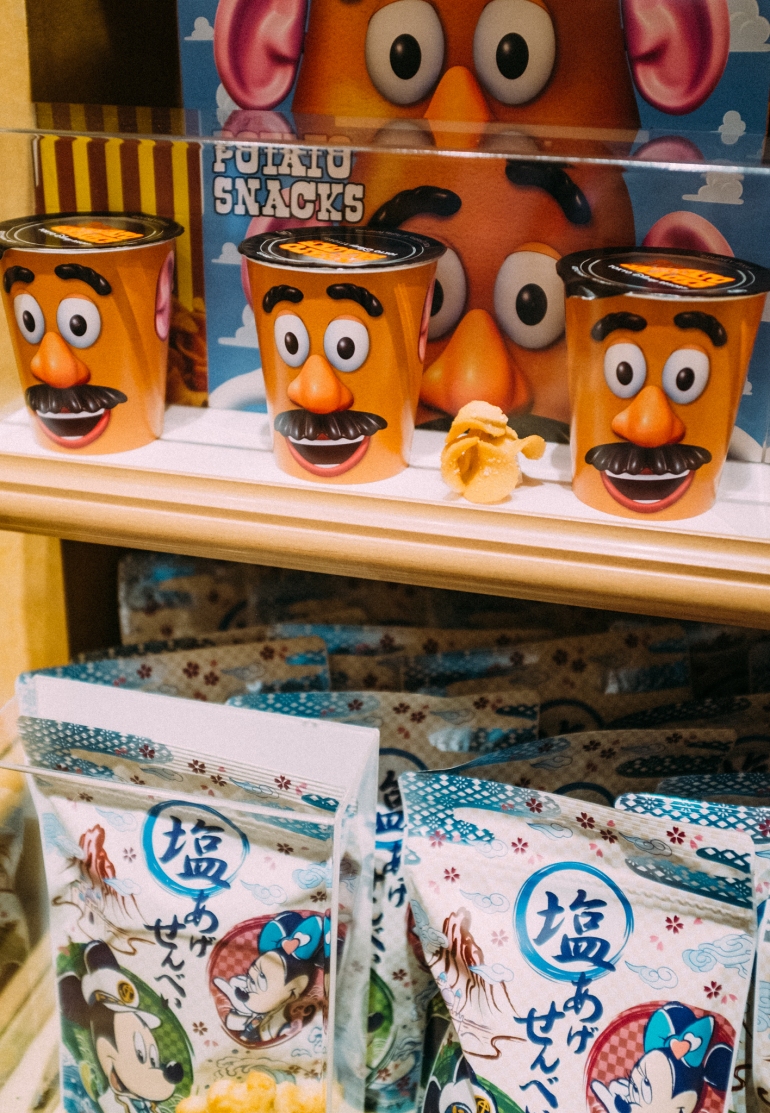 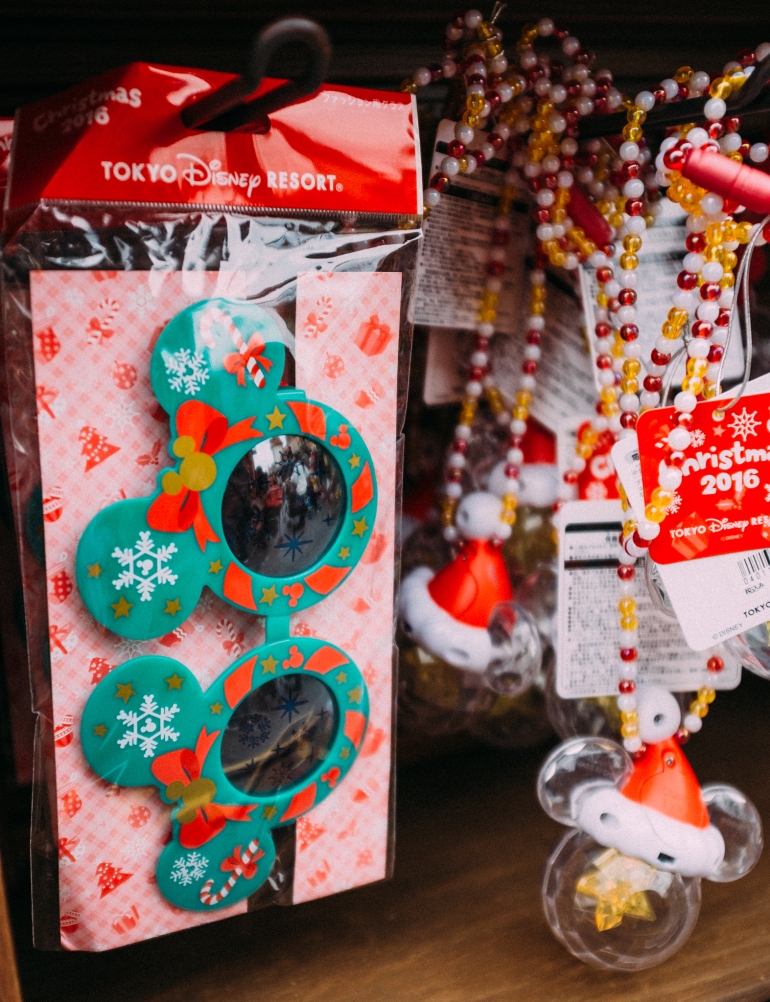 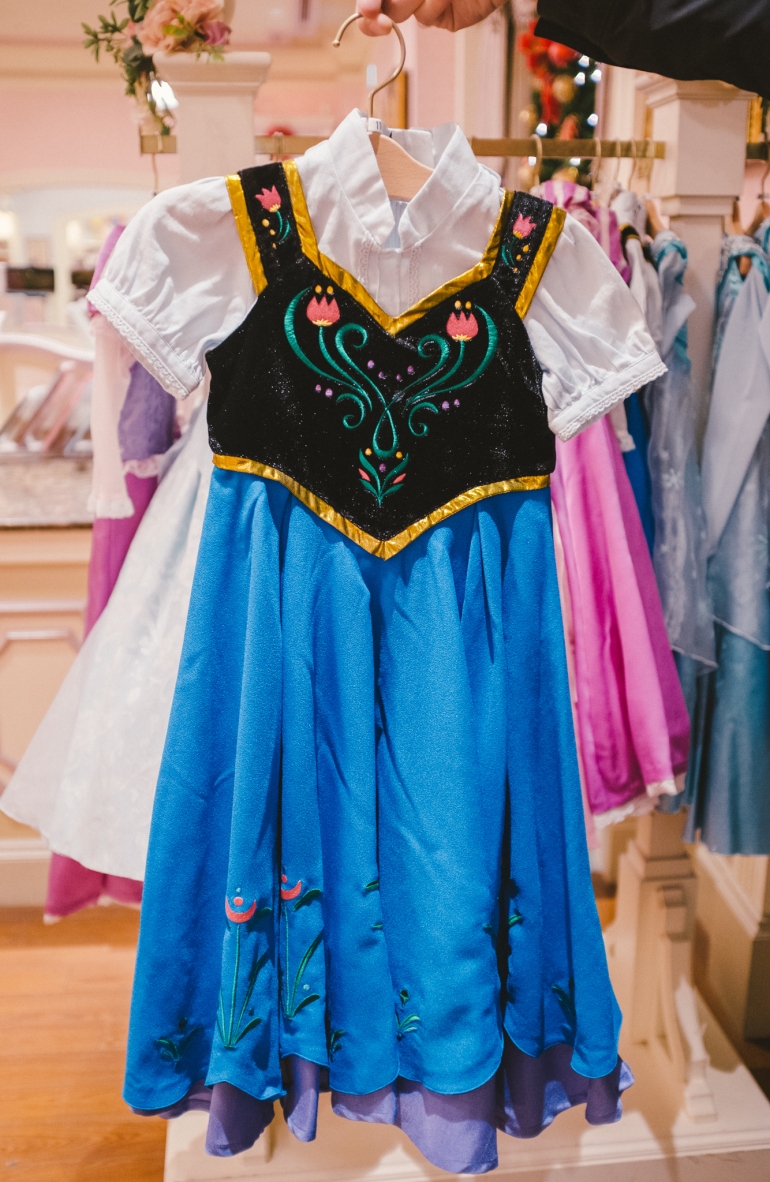 These adorable things are blankets that you can wear around you like a hooded cape. They even button, so they function really well as a sort of character cloak. I came home with a Pooh Bear for myself (duh) and a Minnie Mouse for my Disney-loving mom. 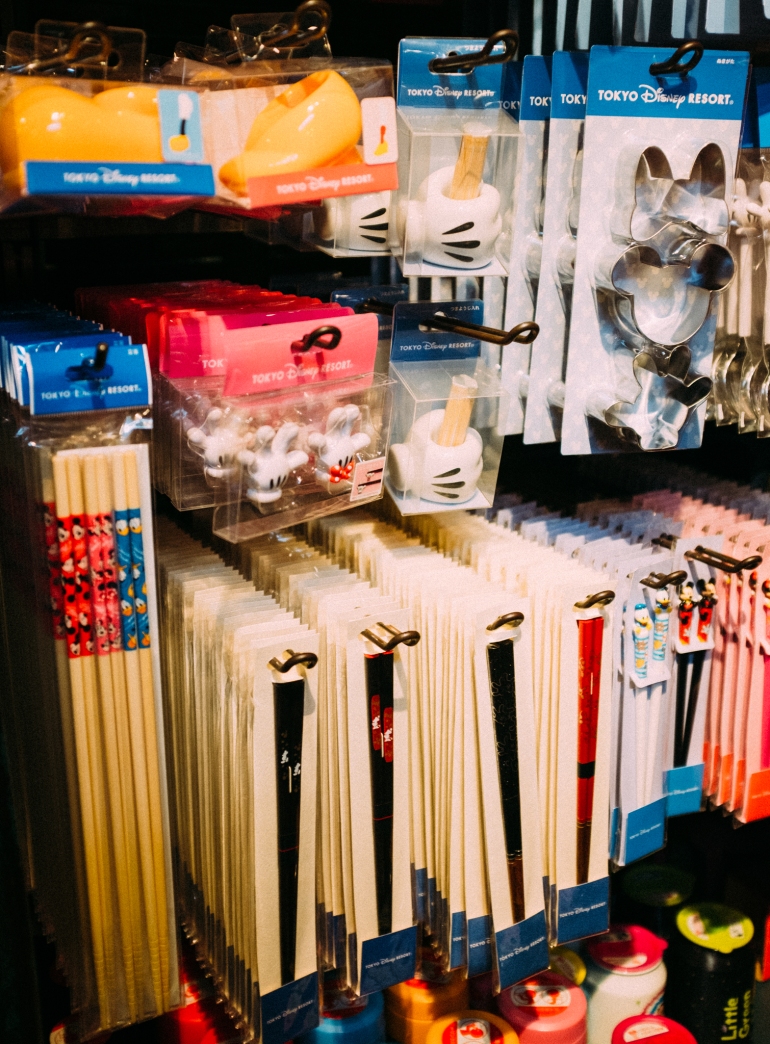 Hamburger Mickey!! This bag has been such a hit back home. Isn’t it the most ridiculous thing ever? 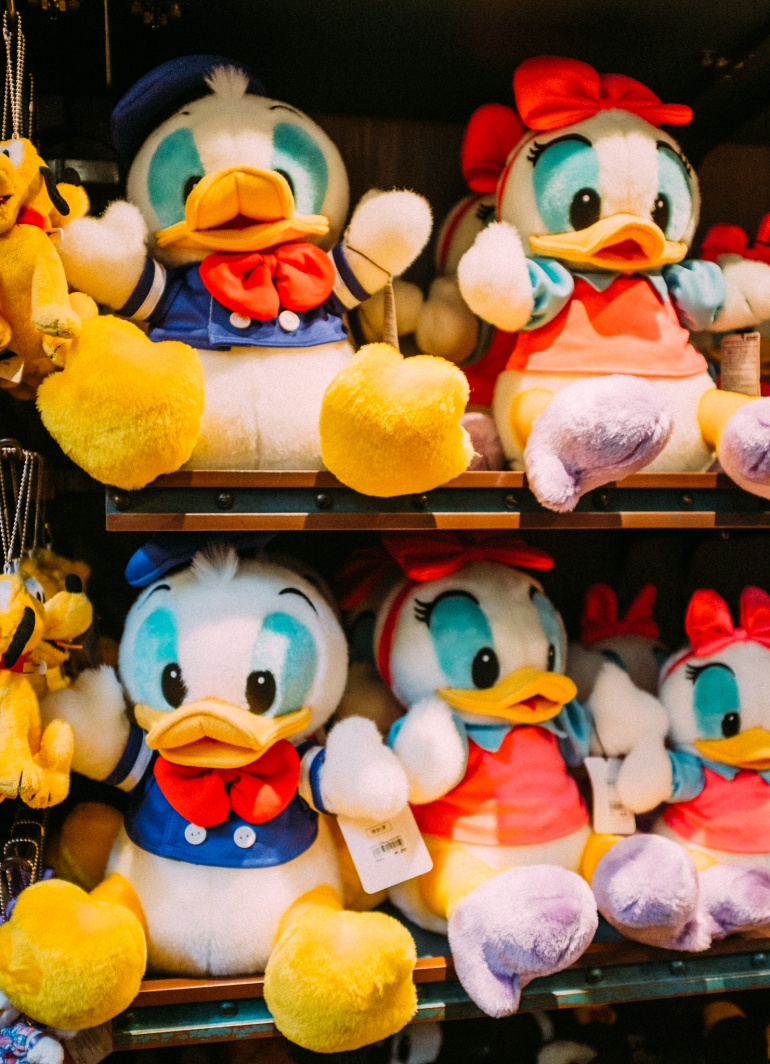 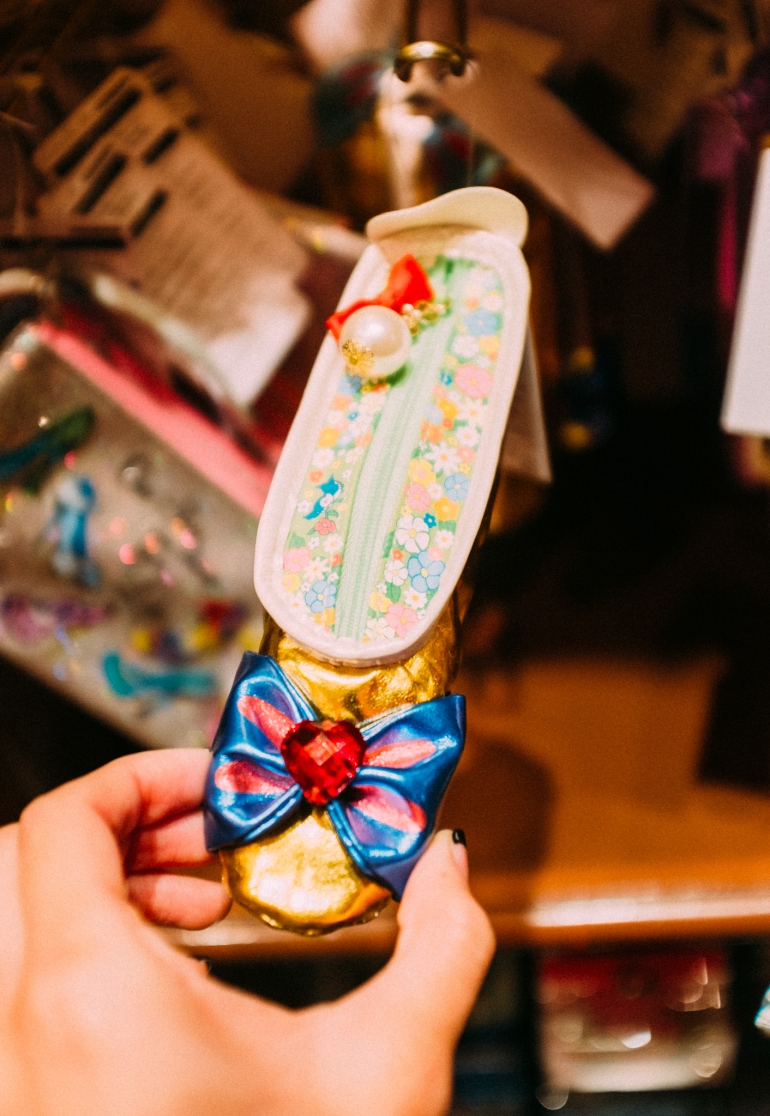 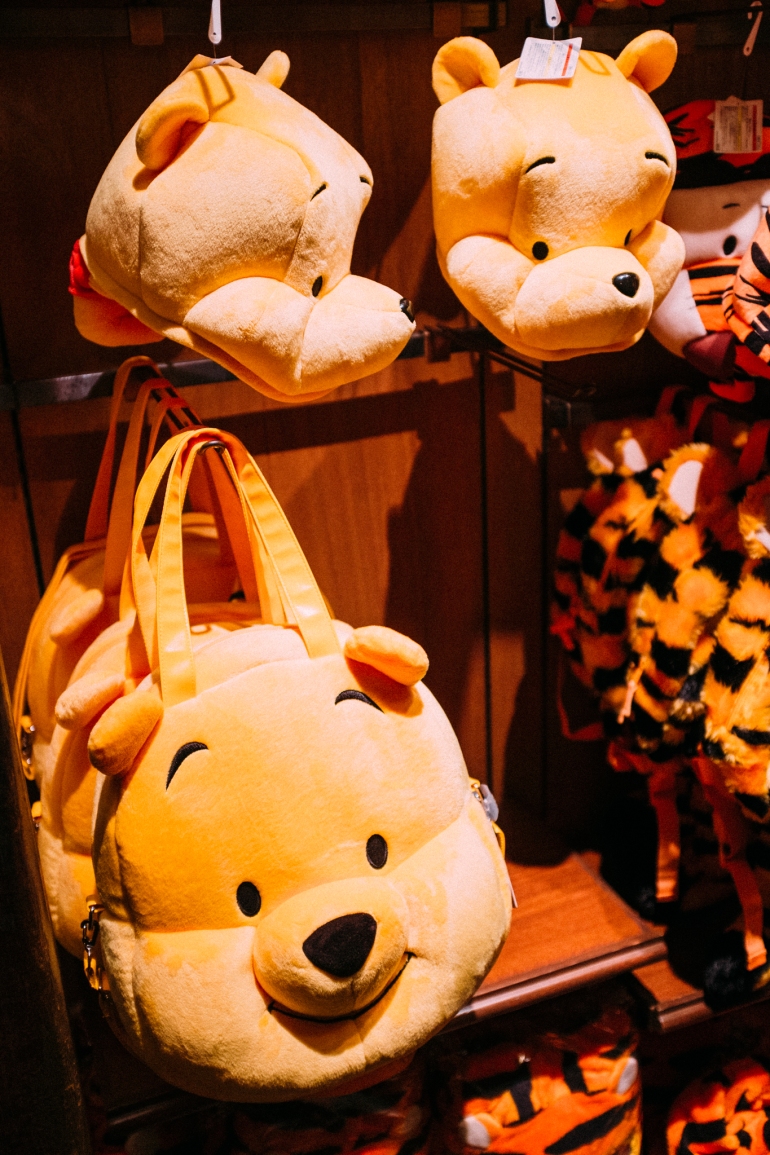 *all the heart eyes* 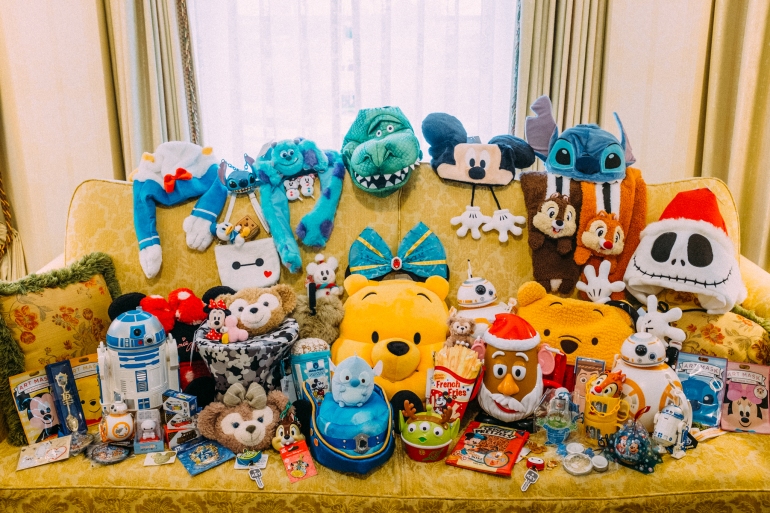 Up next — a look at what we brought home!